KOCH: Catholic Church must do more for LGBTQ people, Pope’s comments not enough 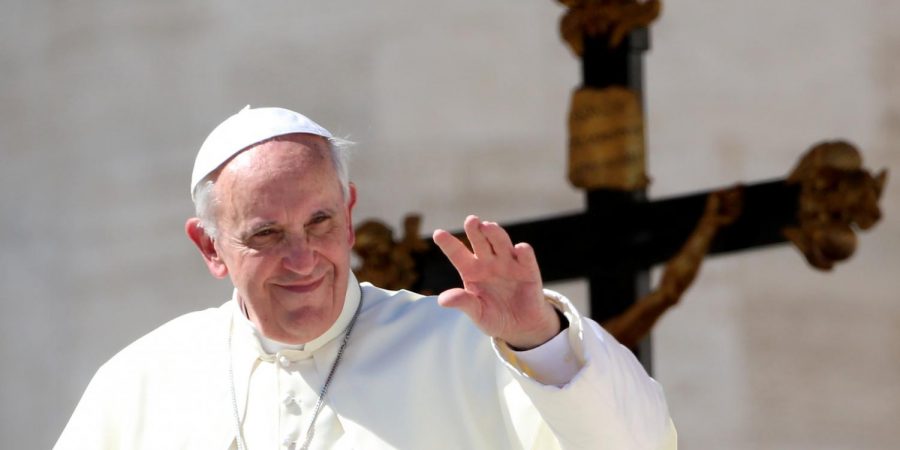 Pope Francis recently endorsed same-sex civil unions in a new documentary about his life. Although his support of LGBTQ people is not entirely new, his comments reaffirm his position with more conviction than before. This news is cause for celebration, but there is still work to be done before Catholic-based homophobia is stamped out for good.

In the 2020 documentary “Franceso,” Pope Francis said gay people were “children of God,” stating that families should not kick their children out or make their lives miserable for being LGBTQ. He then said “what we have to have is a civil union law; that way they are legally covered.”

Previously, in 2013, when speaking about accepting gay parish members, Francis stated “if a person is gay and seeks out God and has good will, who am I to judge?” In that statement, he is specifically talking about gay male priests. However, his most recent quotes comment on laws outside of the Church, and touch on LGBTQ acceptance in a broader context.

In addition to conflicts over his statements, there has been much controversy over the origin of the video footage. At first, the director of “Franceso” Evgeny Afineevsky claimed Francis said the quotes to him directly. It was later revealed by Francis’ media advisors that the footage came from a 2019 interview with Mexican broadcaster Televisa.

At the time they were recorded, the Vatican censored his quotes, only to have them resurface in “Franceso.” The Vatican is now enacting a media blackout of sorts after the premiere of the film Oct. 21, as they are declining interviews from news organizations.

The Vatican’s response represents the wider conflict between Catholics all over the world. Although Pope Francis is the leader of the Catholic Church, what he says is no longer the ultimate rule as it may have been in centuries past.

Churches and Catholics around the world have more autonomy in what they believe and how they choose to express it than ever in Catholicism’s history. This is ultimately a good thing, as the Church no longer has authoritarian-like power over members. However, with diversity comes conflict.

The argument over LGBTQ people doesn’t just come down to a matter of acceptance or rejection, but includes many different viewpoints that cannot be simplified in that way. Before becoming the Pope, Francis stated that he supported same-sex civil unions only as an alternative to gay marriage. While his views seem to have changed, there is often a backhanded attitude that comes with religious figures’ views on LGBTQ people. The “hate the sin, love the sinner,” does nothing to actually help LGBTQ people.

The Vatican’s stance on LGBTQ people is that homosexual acts are “intrinsically immoral and contrary to natural law.” However, the Church does not consider LGBTQ orientation itself to be a sin, but rather an inclination towards immoral actions that must be resisted.

A real change in Catholicism will need to come from continual support for LGBTQ people, not a few quotes from the Pope that the Church refuses to acknowledge. Supporting LGBTQ people, especially LGBTQ Catholics, means asking them what they need from the Church from the local level all the way to the Vatican.

The Church’s support for LGBTQ people should not be conditional.

This support can start right here at Marquette University. Although Marquette has an LGBTQ+ Resource Center, LGBTQ organizations should be added to the volunteer work the university encourages students to do. Marquette’s emphasis on service comes from the Jesuit values the university was founded on, so giving students the opportunity to work with LGBTQ organizations would help extend those values to all communities.

In times where LGBTQ rights are in danger of being taken away in the U.S., and being LGBTQ is still a crime in many countries like Afghanistan, Indonesia and Jamaica, it is incredibly important for such an influential institution to show more support for the community.

The Pope’s recent comments are just the beginning of what the Church can do to improve the lives of LGBTQ people. With more support from the Pope and other clergy members, the Church can play an important part in shifting this bickering conflict to a productive conversation.