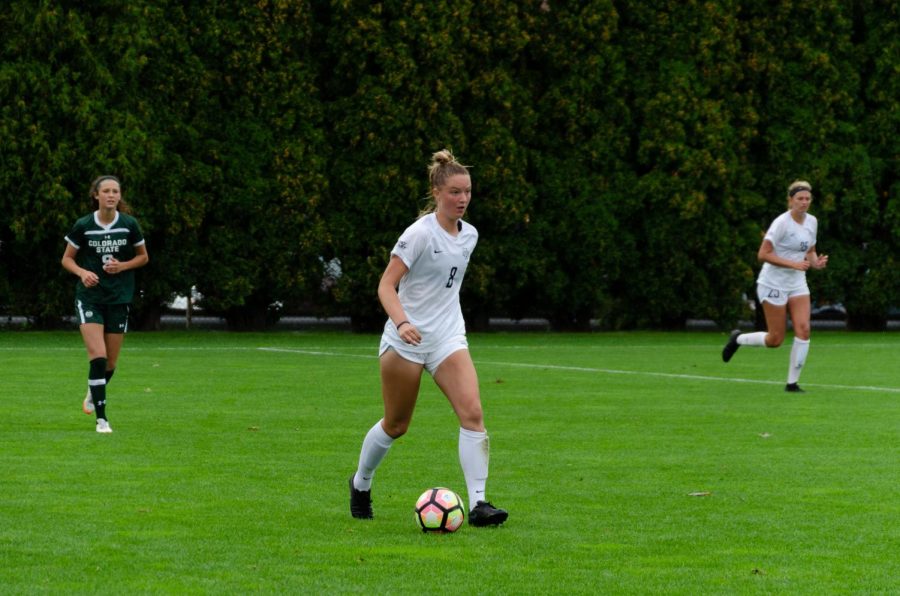 In 2019, the FIFA Women’s World Cup was the most-watched Women’s World Cup in history, reaching approximately 1 billion unique individuals, according to findings by Publicis Sport & Entertainment. In the final match between the United States and the Netherlands, there was a live audience of over 82 million people, up over 50% from 2015.

The impact these athletes have on the field has been massive and continues to inspire members of the Marquette women’s soccer team.

Their success in the win category is a large reason for their popularity and success, but for members of the Marquette women’s soccer team, their impact spans beyond their World Cup titles. The cutthroat mentality that the national team possesses can be found in their record. Since 2010, the team has gone 185-16-27 in 228 matches.

“The pros are at their level for a reason,” women’s soccer assistant coach Erin Scott said. “They’ve specialized their craft. They’re so good at what they do that they just go on the field and know they’re not going to lose. That’s one of the most admirable qualities of the national team to me. They go out on the field and expect to win every game.”

The U.S. Women’s National Team has appeared in the World Cup eight times and won four of them. They are the two-time defending World Cup champions with victories in 2015 and 2019.

They have also received a gold medal at the Olympic Games four times in six appearances. They have won as recently as 2008 and 2012, with a quarterfinal appearance back in 2016.

This recent record speaks for itself, and it seems most Americans know the names of multiple members of the current roster.

Athletes from the past such as Mia Hamm, Brandi Chastain and Abby Wambach are highly recognizable, but players from more recent teams are steadily gaining popularity.

The recent celebrities on the pitch for the U.S. team include Carli Lloyd, Alex Morgan, Megan Rapinoe and Julie Ertz, who together amass a total Instagram following of 13.5 million people.

Senior forward Kylie Sprecher said just watching film of the national team’s movements and mannerisms — especially film of those who play similar positions like Morgan, such as Christen Press and Tobin Heat — has helped her game.

“Being able to watch what they do and try to keep that in the back of my head and to use that when I’m making decisions myself in practice and in games,” Sprecher said. “The more you watch and learn, the more it can help improve your personal game.”

Senior forward Maggie Lena said on Twitter one of her favorite players was Abby Wambach, who retired in 2015 with the most goals in U.S. history in both World Cup and Olympic competition.

“Overall she’s a great role model as a female soccer player,” Lena said. “Being a fellow forward and someone who likes to score goals, that’s what her legacy is … so having her as someone to look up to is important.”

The impact made on Lena came from a moment much earlier on in her soccer career when she met Wambach as a middle schooler.

“She was playing at UCLA and I’m from California,” Lena said. “I ran into her at one of the games (and I) have a photo when I’m a lot younger with her, so that kind of set it for me.”

Sprecher also spoke about an experience she had at a U.S. national team match in 2019 at the World Cup in France.

The massive impact that the national team had was on display when Sprecher and her family were able to go onto the field before one of the games.

As she stood in the middle of the field, looking out at the arena before the match, Sprecher spoke about the realization of how many people truly watch and pay attention to the women’s soccer scene. The women’s World Cup had a large number of views which, for Sprecher, showed just how much of an impact those women could have.

“They’re able to use that platform to bring an issue to light that might not be heard otherwise, so I think seeing them put a priority on that and then here at Marquette as women’s soccer players, we’re on a lesser scale, but on a similar platform, of we are a little more visible than maybe some students here,” Sprecher said. “Especially in these times, using our platform as a Marquette women’s soccer player to reach the people that we might influence to continue to fight for the things we believe in here at Marquette.”

Scott also spoke about the impact the national team can have on young female athletes.

“When younger players see these professionals on the national team doing things other than soccer and stepping up and speaking out against things they don’t believe in and supporting things that they do. I think it just empowers younger women to understand that they always have a voice and they’re always going to be more than just an athlete. It’s awesome they have role models to look up at,” Scott said.