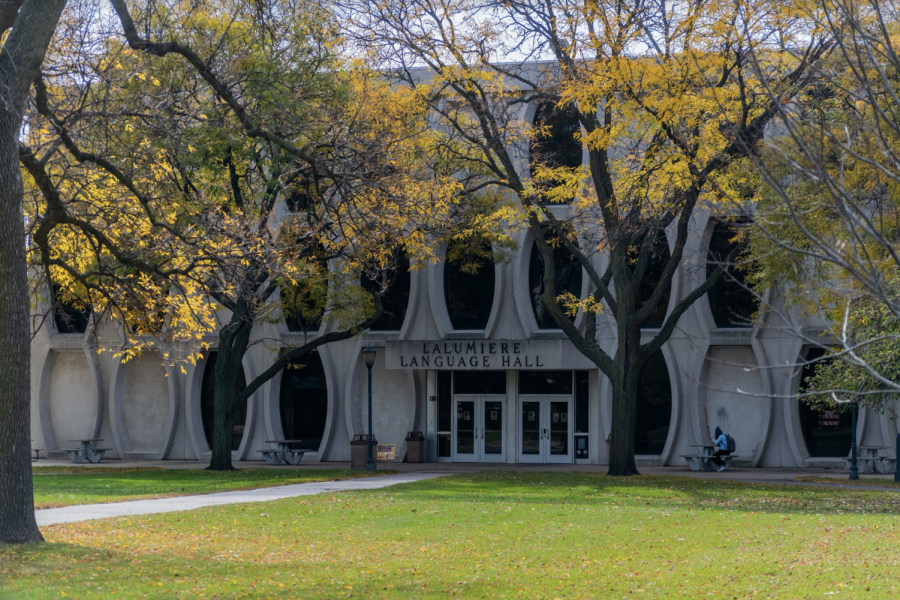 Faculty cuts could be anywhere from 200 to 450 individuals.

Students for MU Faculty, a group of undergraduate students, recently released a petition for students to stand in solidarity with Marquette Academic Workers Union and Marquette Faculty United amid the university’s proposed budget cuts and layoffs. The petition has 616 of signatures as of Oct. 26.

Brooke McArdle, a senior in the College of Arts & Sciences, signed the petition that says she stands in solidarity with the Marquette Academic Workers Union, Marquette Faculty United and the United Faculty and Academic Staff amid the university’s proposed budget cuts and layoffs.

“This petition is important because it’s showing Marquette that undergraduate students, graduate students and community members are watching and listening to what Marquette is doing and they’re against it,” McArdle said.

Marquette University announced Jun. 22 that there will be a series of budget cuts that will affect faculty, undergraduate and graduate students.  A majority of these cuts are from the effects of the COVID-19 pandemic and the impact it has had on Marquette financially.

Christopher Gooding, a visiting assistant professor in theology, said that in the worst-case scenario, Marquette will cut 450 workers.

“It might affect library workers, physical plant workers and other staff members that are not classified as faculty,” Gooding said.

Gooding is part of the Marquette Academic Workers Union, which he said has done a multitude of actions in order to stop Marquette from laying off faculty and staff.

“I’m a part of the Marquette Academic Workers Union,” Gooding said. “It’s a union made up of nontenure-track faculty and graduate workers. We’ve done several press conferences, we spoke with the media in various different capacities, there’s a petition we’re currently circulating in order to get support, contacting alumni and mobilizing students.”

Caleb Kwasigroch, a sophomore in the College of Communication, said he wishes Marquette was handling the situation better.

“I have seen the suffering that goes hand in hand with being unemployed, and I wish Marquette would have a more thought out plan,” Kwasigroch said in an email. “It definitely feels like they are jumping the gun and generally are not making the greatest choice, especially in the tough times we are living through.”

“One of the things these cuts might affect is the number of graduate assistants, or TAs and RAs and others that are teaching classes,” Gooding said.

McArdle said that Marquette plans on cutting 20-25% of the arts and sciences classes in the near future.

“Marquette is known for academic excellence and if we cut programs we aren’t going to have as wide of a poll for students,” McArdle said. “You’re cutting out a lot of potential students for admission, but you’re also taking out the Jesuit ideals.”

Gooding is on a nontenure track, which means that he has to sign a contract every year to be employed at Marquette.

“I teach twice as many classes as tenure track faculty members, get paid less, and I often have larger student loads,” Gooding said. “There’s a lot of different things I would like to see for as far as reform goes like better treatment of nontenure faculty members.”

Additionally, McArdle said that Marquette’s statistics for the demographics about students are inaccurate.

“Marquette is projecting a demographic cliff for 2026,” McArdle said. “That cliff is only measuring white students, who are going to stop going to college. That doesn’t take into account that Latinx students are supposed to double by that time.”