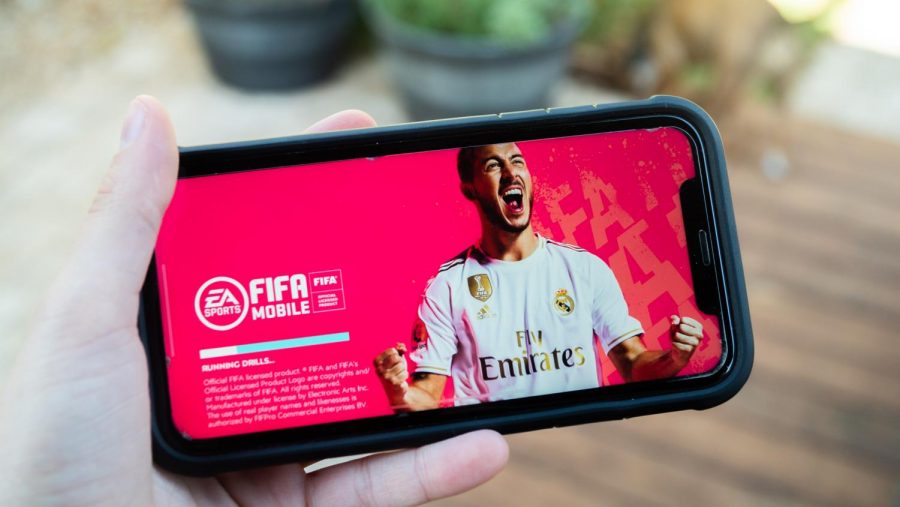 FIFA is known for its excellent soundtracks year after year, and this year’s soundtrack has potential to be one of the best lists yet.

Another year, another FIFA. Fall is upon us, and with that comes a new installment in the FIFA franchise. The critically acclaimed world-famous soccer game FIFA 21 came out Oct. 9.

Fans of FIFA have notoriously disliked the video game more and more since FIFA 15 and 16 were released. Many have complained about poor gameplay features and the lack of game modes, so I took a look at some of the new features to be excited about in this year’s installment.

Every year, Ultimate Team (FUT), an online game mode, seems to be the most dominant game mode, alongside Career Mode. But FUT brings in a lot of money due to packs. Those with excess money can choose to open packs, containing a slim chance at a really good player for real money. This led to a rise in players not playing the game the way it was meant to. Rather than working hard and getting better naturally, many players started paying money to get better, earning the title “pay-to-win.”

It seems to be almost impossible to prevent at this point in the franchise, and EA Sports, the creator of FIFA, will probably never put an end to it as it brings in so much money year after year. There were not many changes to FUT gameplay this year, but the removal of fitness items means players do not have to worry about managing their players’ fitness after games as they recover completely after each match, which is big news for avid fans of the game. Besides fitness, fans can expect a similar FUT experience in this year’s installment.

Volta is a game mode that was put into place in FIFA 20, and while many were excited about it first, it seemed to fade out pretty quickly. This year, however, there seems to be a newfound emphasis on the game mode. Fans were extremely eager for EA to bring back a FIFA Street game, which is a much less organized pickup-style game centered around picking random players to play with, rather than playing an organized 90-minute game with full teams.

There is a lot of excitement for Volta this year because EA has added plenty of new, popular artists to the soundtrack of the game, stating that Volta was a key inspiration behind adding the artists in. Fans should be thrilled to know they will be listening to “Is It True” by Tame Impala and “Blue World” by the late, great Mac Miller, among many others, while tearing up the pitch, whether it be Volta or just a regular kick-off match.

FIFA is known for its excellent soundtracks year after year, and this year’s soundtrack has potential to be one of the best yet.

It has been an eternity since the United States has had a competitive national men’s team, but that seems to be changing right before our eyes with all the young American talent playing in Europe right now. FIFA definitely has more of an appeal to Americans this year as many young studs just signed with major European teams, such as right back Sergiño Dest joining Spanish powerhouse F.C. Barcelona, and Weston McKennie signing with Italian juggernaut Juventus F.C. This will be an exciting year to use the U.S. national team to compete against friends just for some friendly competition, or to challenge true competitors online. Fans of the game in America have never been able to say that until now.

Although there have not been many changes to the game, FIFA 21 still shows as much promise as any FIFA in recent memory, so it is a good idea to go into the game with a positive attitude and hope for the best while also enjoying the incredible soundtrack. I would say it’s worth the purchase, and it is great game to pass the time with friends or by yourself.