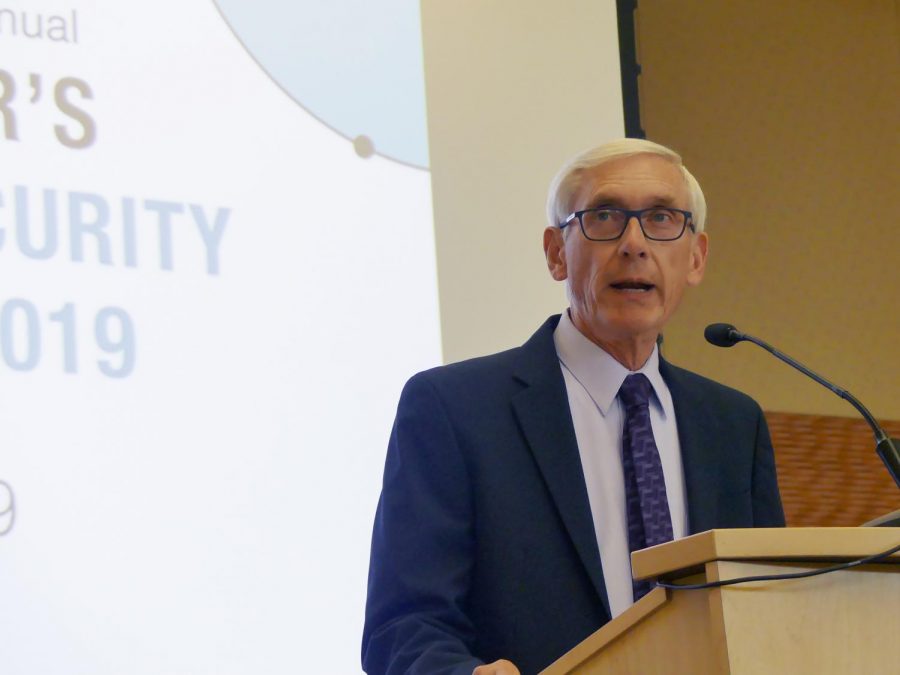 Governor Tony Evers issued an emergency order in response to a spike in COVID-19 cases Oct. 6 to reduce capacities for restaurants and indoor events. Photo via Flickr

Wisconsin’s handling of the COVID-19 pandemic is very disappointing, as cases continue to rise exponentially and actions for the betterment of the state and its people are not occurring because of polarizing politics.

From Oct. 11 to Oct. 16, the state of Wisconsin accounted for roughly 18,650 COVID-19 cases, which, compared to other Midwestern states, is quite horrendous. For example, Illinois has roughly 19,750 cases, Minnesota has roughly 8,500 cases and Michigan has roughly 10,000 cases. Especially when looking at each state’s population, the difference is stark.

Governor Tony Evers’ administration, in an attempt to slow the massive, consistent surge of cases, decided to issue an emergency order Oct. 6 limiting indoor activities, restaurants and events across the state to a maximum capacity of 25%.

Unfortunately, and quite irresponsibly, Sawyer County Judge John Yackel decided to block the emergency order Oct. 13. Similar to the Wisconsin Supreme Court’s decision to end Evers’ previous “Safer at Home” order May 13, it is clear that Evers’ Oct. 13 order would have proved to be beneficial for all of Wisconsin, as Evers consistently attempts to do whats best for all of Wisconsin.

Judge John Yackel, previously appointed to the Lincoln County Circuit Court in 2012 by Scott Walker, knocked down Evers’ order at a time of record hospitalizations, new cases and deaths.

Evers’ order was lifted Oct. 13, which was the same day that Wisconsin hospitals reported an increase in 1,000 new coronavirus hospitalizations. In fact, hospitals across the state are so overwhelmed that the Wisconsin Department of Health Services believed it essential to open a medical station at State Fair Park in West Allis. The medical station is currently open and is run by health care workers from across the state and the country, and it will provide care to COVID-19 patients who need less serious hospital care.

As of Oct. 19, the state of Wisconsin’s COVID-19 cases are increasing at an average rate of 3,052 cases per day, which is the highest average in Wisconsin for a seven-day period since the start of the pandemic in March. In fact, it is the first time that the average rate of new cases per day has surpassed 3,000.

The Wisconsin DHS reported an increase of 3,747 cases, as well as an increase of hospitalizations, 138, and another 17 deaths. The same report from the DHS also explained that the average daily case number has more than quadrupled over the past 6 weeks, and the average number of daily deaths has tripled.

It is evident that the state of Wisconsin is at a very critical point in its battle against COVID-19.

Yackel’s ruling is a clear example of Wisconsin putting unnecessary wants ahead of the health and education of its citizens and children, as a continued influx of cases increases the likelihood of students returning to fully virtual schooling. Evers highlighted this in a Oct. 14 video message to Wisconsinites, serving as his response to Yackel’s ruling, “Just because some folks out there want to see full bars and full hospitals doesn’t mean we have to listen.”

Yackel’s dangerous ruling ultimately will cause the whole state to suffer and struggle both today and in the near future in regards to COVID-19.

Unfortunately, Yackel’s ruling also signifies the fact that both Wisconsin and the United States have failed to prioritize the right things amid the pandemic, turning to pleasure and luxuries rather than to the health and well-being of the citizens.

COVID-19 cannot be about politics. Instead, it is key that the Wisconsin government and DHS recognize the immense amount of damage and long-term loss that COVID-19 has brought across Wisconsin and the whole nation.

Evers is left alone in the fight against the COVID-19 pandemic, as he continually makes decisions and attempts to take action against the pandemic while his opposition strikes down everything he tries.

The public health of Wisconsin should be the top priority among both Republican and Democratic leaders. It is essential that both sides put politics aside and fight together against the pandemic.

Public health is a bipartisan issue that affects all people, both in America and the international community. Americans must put aside politics and stop acting like public health is a matter of political strategics.

Now more than ever Wisconsinites must vow to do what is best for all people. Though Evers’ order was knocked down, it is essential that the people of Wisconsin understand the immense importance of attempting to slow the pandemic, especially due to the massive, consistent influx of COVID-19 cases within the last week.