Players, coaches acknowledge fight for justice is far from over 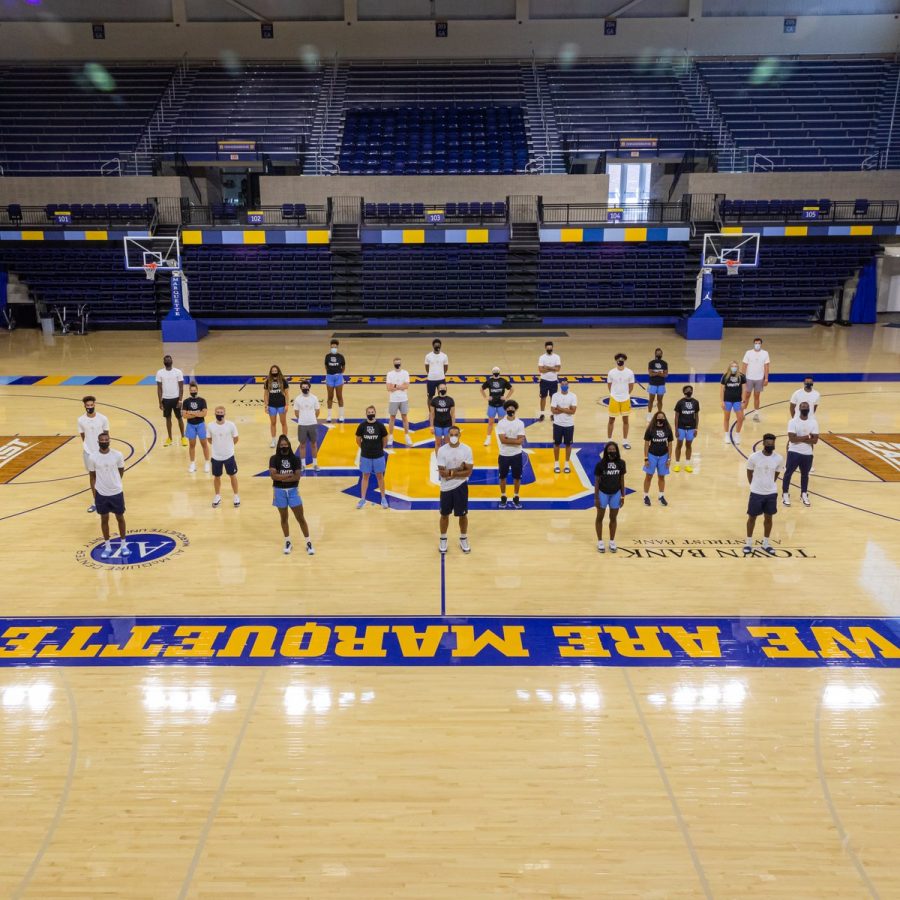 After protests, sit-ins and movements across the nation to fight social injustice and inequality, these words, once spoken by Martin Luther King Jr., still ring true today.

For coaches and athletes at Marquette, they realize the fight for equality still has a long way to go.

Athletes and coaches have been extremely vocal on campus and social media about social injustices in today’s society. A march was organized by athletes Sept. 4, which started on campus and went down to Valley Fields, protesting these social inequalities.

While a lot of work has already been done to bring these issues to light, the question that still remains is: Where does the community go from here?

“It starts with educating yourself,” Lena said. “Actively searching for information … is the first one (step to improving), and that’s for everyone across the board.”

Lena said people should become educated about current legislation going through the political system, current social injustice situations, racial terms like code-switching (alternating between two or more forms of language during a conversation) and the history of social injustice in the United States.

Men’s basketball sophomore guard Symir Torrence said in addition to being educated, having the hard conversations is an important part of spurring change.

Men’s basketball associate head coach Dwayne Killings said it was easier to have these types of conversations in the summer because players did not have to worry about competition. Now that the season is right around the corner, Killings said there is a duty to continue to make an impact, because society is going to keep going, and as young Black men, players will still face challenges.

“In terms of the Milwaukee community and the Marquette community, we have to have try to impact people the best we can every single day,” Killings said.

Killings, along with fellow associate head coach Justin Gainey, is a member of Coaches for Action, an organization composed of 21 BIG EAST assistant coaches. Coaches for Action uses their platform to educate and bring awareness to social injustices.

Marquette men’s basketball head coach Steve Wojciechowski showed his support for the organization in an Instagram post. He has used his platform to speak out against examples of inequality. In order to improve society for the better, Wojciechowski had a simple, yet strong message to move the community forward.

“It starts with kindness and understanding,” Wojciechowski said. “Things are hard, and we have to give one another grace, and kindness and support, and I think it starts there. … We have to look for ways to be kind to one another.”

Incorporating that idea of kindness, men’s basketball senior forward Theo John said there needs to be a constructive dialogue between everyone in society, even those who might not see eye to eye.

“People just need to sit down and talk with people who they disagree with, not just yell and hate,” John said. “Yell(ing) and hate (is) just gonna boil over. If you actually sit down and talk to somebody and at the end of that conversation you still hate them, then at least you can both have that mutual understanding.”