Marquette athletes raise awareness for social injustice outside of Milwaukee 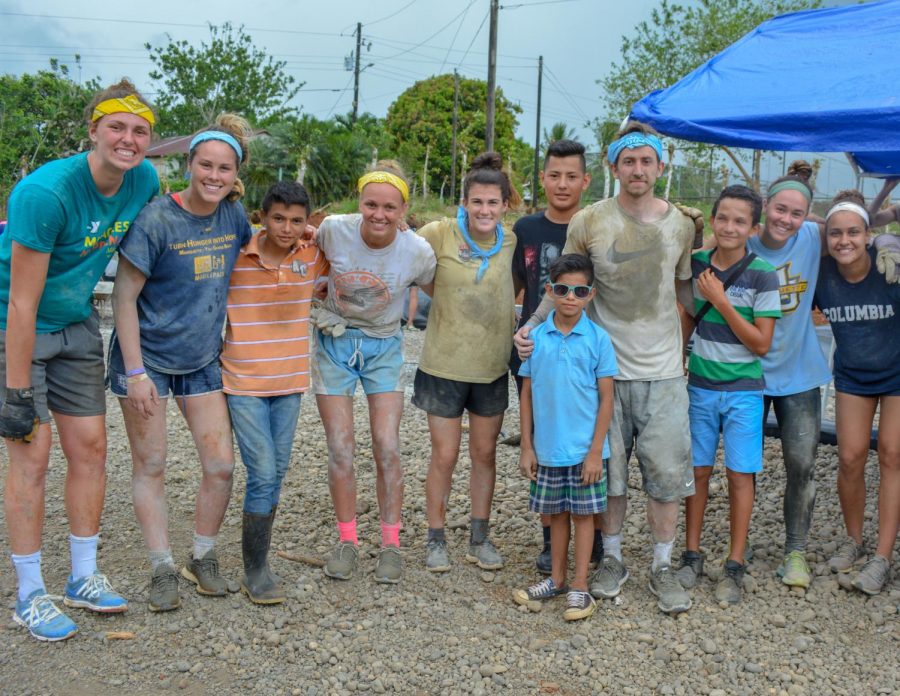 Marquette Athletics sent 16 student-athletes to Juanilama, Costa Rica and build a sports court for the community through a partnership with an organization called 'Courts for Kids.' (Photo courtesy of Marquette Athletics.)

As athletes came back to campus this semester, nothing was quiet.

The Marquette community has been fighting for racial justice along with many other colleges and communities throughout the nation. While they have made their voices strong in Milwaukee, nothing changes when they are back home.

“Just because we’re in our hometowns, and certain things might not be happening,” Marquette women’s soccer player Kylie Sprecher said. “There are things that need our attention, and we need to educate ourselves with things that are happening in other places.”

The senior forward said Black Student Council and Student Athletes Advocating for Change has given her lots of tools that she will bring back to her hometown of Menomonee Falls, Wisconsin. Even if it is something as small as writing on the sidewalk, Sprecher knows the value that brings to her community.

“SAAC has done chalking events all around campus to remind people to vote and to constantly be visible and to have our voices heard.” Sprecher said. “So I think all of (the silent protests and chalk messages) has really shown me that there are ways to make an impact, no matter how big or small your action might be.”

Sprecher is not the only athlete at Marquette who is taking advantage of her free time to spark change in her community. Marquette men’s basketball senior forward Theo John also uses his time back home to help with various events.

John said that since he had gotten surgery back in May, he found himself with more free time than usual. With that extra time, he was constantly involved with protests and marches in his hometown of Minneapolis, Minnesota.

“Nine times out of 10 I was attending, helping organize, or just being part of the protests,” John said. “It seems like every other day I was going down to the South Side or in my community on the North Side just doing what I could to help people who were trying to organize different events.”

John mentioned how important these protests and marches are to bring his community together and how he needs to help be part of the generation that steps up and makes a change.

“I know I have a lot of kids looking up to me,” John said. “It’s a trickle-down effect, my dad says. Every generation has to take this next step forward. I know when I die it’s not going to be fixed, but it’s gonna be one step farther than it was for me.”

Along with John and Sprecher, Marquette women’s soccer senior forward Elaina Eckert and Marquette men’s lacrosse redshirt sophomore midfielder Jordan Schmid have stepped up in their respective hometowns to help draw light to the same issues.

Both Schmid and Eckert believe having those tough conversations within their family and around their towns will help educate those around them.

“It was more in terms of creating changes, more just having conversations with people and reaching out to people in our community and trying to find ways to just raise awareness of what’s going on,” Schmid said. “I didn’t have a very diverse childhood, so I went back to my high school buddies, and was like ‘Hey our world growing up is not what everywhere is like, and we have to open our eyes to that.'”

Like Schmid, Eckert also reached out to people back home and felt like it was her responsibility to take steps in the right direction.

While these athletes have different approaches about urging change in their hometowns, they have one thing in common: they are committed to giving back to their community.