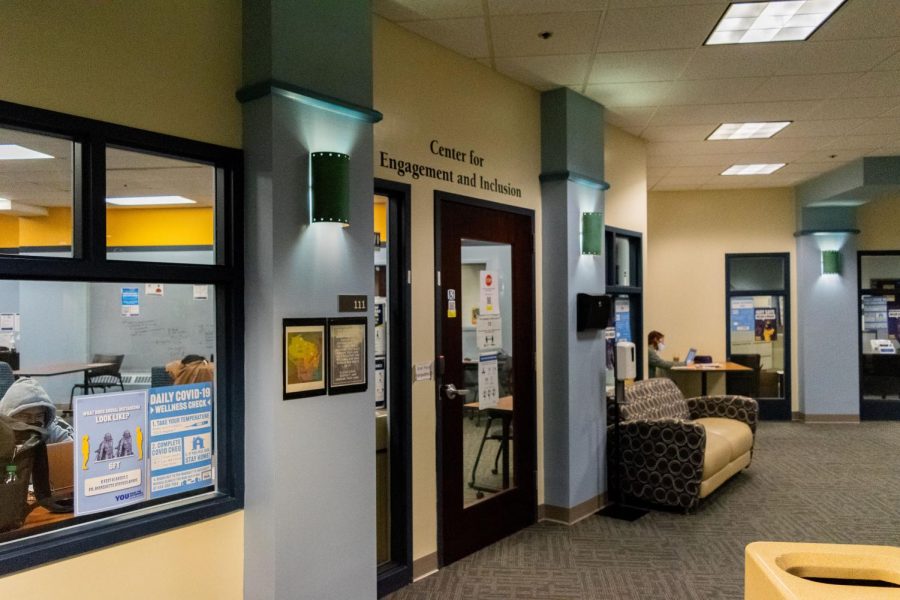 The university will still make efforts to retain underrepresented students.

At his Sept. 29 Virtual Coffee Chat, Provost Kimo Ah Yun said the Hispanic Serving Institution initiative is no longer part of the university’s strategic plan, Beyond Boundaries, though the initiative was included in a document from 2019.

Beyond Boundaries maps out the university’s future intentions and goals. According to its website, the plan has six guiding values, one of which is a “culture of inclusion,” to “nurture an inclusive, diverse community that fosters new opportunities, partnerships, collaboration and vigorous yet respectful debate.”

Being a Hispanic Serving Institution would mean 25% of enrolled undergraduate students would identify as Hispanic or Latinx, according to the United States Department of Education. Jacqueline Black, associate director for Hispanic initiatives, said half of that 25% must be from low income households.

As of 2019, there were 539 universities that received an HSI designation, according to the Hispanic Association of Colleges & Universities. Alverno College in Milwaukee became the first HSI in Wisconsin in 2017.

Educational institutions that qualify as HSIs are eligible for Title V benefits and are able to apply for discretionary grants.

Title V provides assistance to schools that serve Hispanic and low-income students, as part of the 1998 Amendments to the Higher Education Act of 1965. Marquette is currently ineligible for Title V funding because approximately 14.8% of undergraduates identify as Hispanic or Latinx as of the fall 2020 semester. Only 12.7% of all students identify as Hispanic or Latinx, according to the Office of Institutional Research and Analysis.

When the initiative was announced in 2016, Hispanic and Latinx students were just over 10% of all students. This was the same year schools like UWM and MATC made that same announcement. At that time, the goal had been to achieve the HSI status within 10 years, Black said.

“The university has not abandoned its aspirations toward Hispanic Serving Institution status,” Ah Yun said in an email. “We will continue to identify and implement ways to recruit and retain students from underrepresented groups, including Hispanic students.”

Because of the pandemic and economic recession, Marquette may not be able to become at HSI within the original timeframe, Black said.

“The HSI Steering Committee is working with university administrators and campus partners to determine a pathway forward and we are committed to continuing the work to attract and support underrepresented students,” Black said.

Carlos Nunez, a sophomore in the College of Communication and cultural chair of the Latin American Student Organization, said he feels that Marquette does not care about being an HSI.

“I’m not surprised that it’s no longer a priority,” Nunez said. “If you look at this campus, you hardly see people of color.”

Nunez said that being from Milwaukee, many people of color from the community see Marquette as a prestigious school they want to go to.

“Once you’re here you feel like you’re not welcomed,” he said.

The U.S. Census Bureau estimated that as of 2019, the City of Milwaukee’s population was 18.8% Hispanic or Latinx.

Sergio Gonzalez, an assistant professor of history and Latinx studies, is in his third year at the university. He said one reason he chose to teach at Marquette was because of the HSI Initiative. It was the promise that there would be support services put in place for Latinx studies, but also a committed effort to expand the Latinx studies program, curriculum put in place that represents the backgrounds of students.

“What I have seen here in my two plus years at the university is that there has been a lot of promise, but a lack of actual material commitment,” Gonzalez said.

He pointed to the efforts of Black, William Welburn, vice president for inclusive excellence and individual admissions counselors in recruiting Latinx students, but a lack of financial resources from the university.

“We can’t really call the HSI anything but an unfunded mandate at this point,” Gonzalez said.

Gonzalez, who was the one to bring up HSI at the provost’s Coffee Chat, said there seemed to have been some shift on the administrative level behind the scenes, but there hasn’t been a subsequent public conversation.

“What I want is honesty so I can understand whether or not we are actually committed to this initiative,” Gonzalez said. “If we’re not we should probably say it.”

Ah Yun said the university is facing “significant” budget shortfalls due to the COVID-19 pandemic, which will impact the way the university recruits students. He said there is already a decline in students admitted to Marquette.

“The path forward and the timeline is less clear than it may have been in years past; however, we will continue to recruit and retain Hispanic and Latinx students,” Ah Yun said in an email.

However, a critique to Grawe’s book has been that it is mostly in reference to white, upper and middle-class families in the Midwest. This is a population that many Marquette students come from. The university is nearly 70% non-Hispanic white. More than 85% of the Class of 2024 came from the Midwest, mostly from Illinois and Wisconsin.

Gonzalez said the Latinx student population is growing, not only in Milwaukee, but the state of Wisconsin and the Midwest.

“Why isn’t our university committed to getting those students to be Marquette students?” Gonzalez asked. “And if you ask administrators that question enough, they’ll give you a roundabout answer.”

He said the university might look at Latinx students as a financial burden.

He said some Latinx students will likely not pay full tuition, as they are from lower-income families, and because many Latinx students are allegedly first-generation college students, they may need additional services that will cost the university.

“So all of a sudden, Latino students that a few years ago were seen as a … great potential (for growth), are now seen as a problem,” Gonzalez said.

As the university is potentially moving towards becoming a smaller Marquette, Gonzalez said there has been a “smallness of imagination” in what a future Marquette could look like.

“I think Marquette can continue to be at its size and potentially grow and to be a more diverse institution, but it has to rethink the way in which it brings students in and serves those students,” Gonzalez said. “Not just recruit them, but also retain them.”

Gonzalez said that being an HSI would not only bring in more Latinx students, but also rectify some past wrongs.

Marquette has a history of under serving the Latinx community. According to a 1973 issue of La Guardia, Marquette had only 35 Latinos enrolled, out of nearly 12,000 students at the time.

Sonia Barnes, an associate professor of Spanish, said that though the initiative always felt underfunded, when former Provost Dan Myers left the university, it exacerbated that feeling.

The Spanish department, Barnes said, serves a lot of Latinx students. She mentioned the Spanish for heritage speakers program. She said she is concerned about how the cutting of programs will affect Latinx students and vice versa.

“(Marquette is) not planning long term,” Barnes said. “And we’re not honoring the commitments that we made. … There’s no vision for the future.”

Barnes said not honoring the the commitment to become an HSI also puts into question the university’s commitment to racial equity and justice.

HSIs tend to be more diverse than other schools, according to Marquette’s Diversity and Inclusion webpage. Not only do they enroll the majority of Latinx undergraduates in the nation, but they also have higher numbers of other marginalized groups.

“There needs to be a reckoning with the community here,” Gonzalez said. “Marquette has a long history of making promises to the communities it calls its neighbors, and then (fails) to live up to those promises. … If Marquette walks back from (the HSI initiative), it’s another broken promise.”