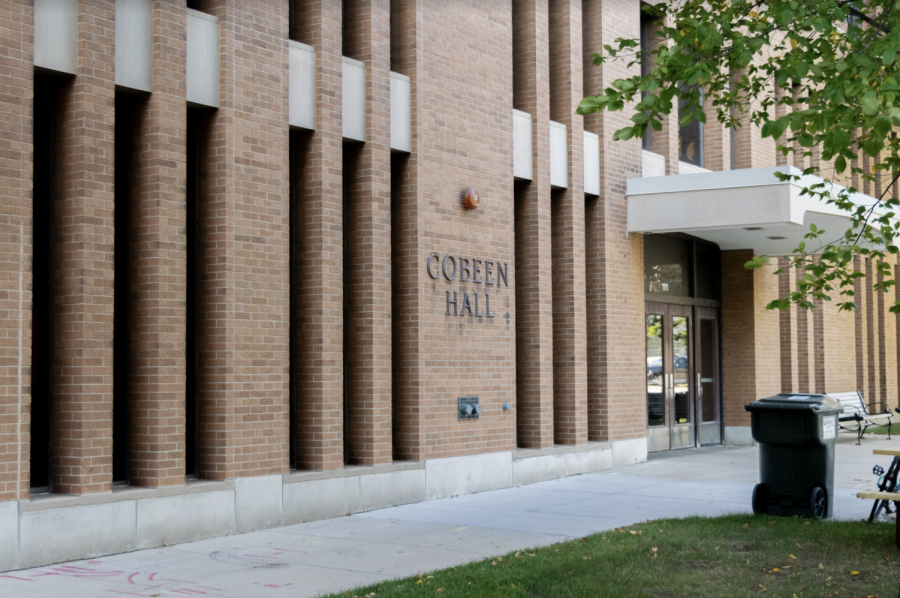 Cobeen Hall is one of the residence halls to charge an extra expense for laundry. Marquette Wire stock photo

As Cobeen Hall is the second residence hall to quarantine under instruction of Marquette University and the Milwaukee Health Department, many students have not left their rooms in a week.

Cobeen Hall was directed to quarantine Sept. 25. The announcement came one week into Schroeder Hall’s quarantine, the first residence hall to undergo self-isolation due to a rise in cluster cases Sept. 14.

From the announcement to the start of quarantine, residents in Cobeen Hall had three hours to get everything they needed from stores, like groceries and personal care items.

Alex Molenda, a first-year in the College of Engineering, said there was talk that the hall might shut down before it did.

“Thursday night there were some cases on the fifth floor and we were kind of aware that something was going on, but we weren’t sure if we were going to be shut down,” Molenda said. “It all happened so fast in those 48 hours.”

The morning of Cobeen’s quarantine instruction, the university set up a testing facility center outside of the hall to test students. The residents were informed of their results within six hours of the initial tests, Molenda said.

Cobeen residents who live on floors four, five and eight were all tested for COVID-19 throughout the day after a number of cases were confirmed on those floors.

Students that decided to stay in Cobeen for the duration of quarantine said it has been hard.

“Quarantine has been tough,” Leo Borgonzi, a first-year in the College of Business Administration, said. “A few positives about life right now is that I’ve been able to focus on my schoolwork and become close with my roommates.”

John Donahue, a first-year in the College of Engineering, said he misses his friends.

“(Cobeen) is completely empty, it is honestly really depressing to look at,” Donahue said. “People don’t really talk to you; everybody is just waiting for something interesting to happen.”

But for Molenda, he said his schoolwork, particularly labs, have been difficult to do not only online, but at home as well.

“It is tougher. It is harder to focus and understand what is going on,” Molenda said.

Odessa Sonn, a first-year in the College of Communication, is not new to the experience of quarantining. Her roommate tested positive for COVID-19 recently and had to quarantine for two weeks, before everyone in Cobeen Hall had to quarantine.

“I’m kind of use to doing my work at home. The only hard part was transitioning from school to home and my WIFI was bad the first two weeks,” Sonn said, who is quarantining at home.

Zach Molczyk, a first-year in the College of Engineering, said that even though they are stuck, residents have to make the best of it. He said he keeps busy with his video games and homework.

“Life stuck in Cobeen has been interesting, but overall, it’s not too bad. We have video games, schoolwork we need to do, but thankfully we have each other,” Molczyk said. “We can talk to each other and we have our own little personal space. Some kids are alone on their rooms, which is really bad.”

Matthew Valente contributed to this report.

This story was written by Charlie Pineda. He can be reached at charles.pineda@marquette.edu.