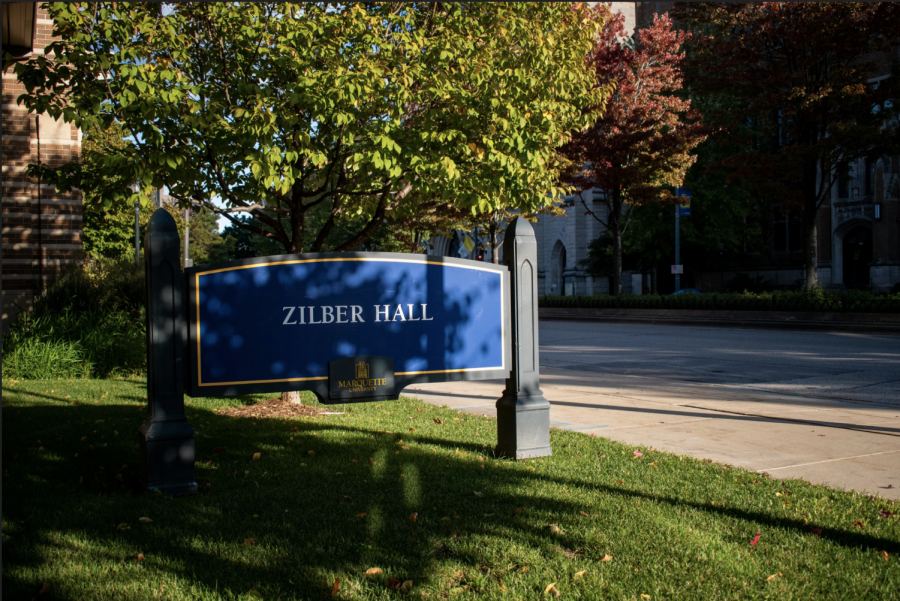 The students selected to participate in the program come from lower-income families or are first-generation college students.

Donte McFadden, director of the McNair program, said it was named after the late astronaut Ronald E. McNair who died in the Challenger space mission shuttle explosion in January 1986. He said that there are over 160 McNair programs nationwide, and they are funded by the U.S Department of Education. The McNair program is in other schools around Wisconsin like University of Wisconsin Madison and UW-Oshkosh.

McFadden added that students will gain skills in the program that will be utilized later in their academic careers.

“It will help them with the graduate school application process to immerse them in intense research. They have the preparation to successfully apply and enter graduate school and the masters or a doctoral program,” McFadden said.

Sonia Garcia, the Marquette program coordinator, said that the skills she’s learned throughout her years of participating in the program have helped her immensely in graduate school.

“As a McNair alumna, I find myself using the skills and knowledge I gained when I went through the program in my job and in my graduate education,” she said.

Garcia also said that every new school year, the program selects a certain amount of applicants.

“Each cohort of students is around 21, so we currently have 21 scholars and will be recruiting to fill about 21 spots,” Garcia said in an email.

Ricardo Vega, a part-time instructor for the program, said that the program is beneficial to have on campus because it gives students who may come from a lower-income family a chance at having an education.

“It’s valuable for Marquette to have this program because it helps present some sort of equity towards this demographic that’s underrepresented on campus,” Vega said. “They’re often not given the information they need to succeed and that’s often neglected.”

Garcia added that this program is important to have at Marquette because it creates diversity within Marquette’s campus.

“Our goal is to increase the diversity in faculty and academia in general, in order to have people who are producers of knowledge that represent the diversity of lived experience that our communities offer,” Garcia said in an email. “We support low-income, first generation and underrepresented students to gain exposure to intensive undergraduate research, professional development opportunities, and ultimately guidance on graduate school applications.”

The program made its debut on Marquette’s campus in 1990 and has seen great success among applicants that have participated.

“We have over 40 McNair graduates who have obtained their PhD’s,” Garcia said in an email.

Vega explained what students are required to do if they are selected to participate in the program.

“The program presents undergraduate students with the opportunity to conduct research in whatever field they want and with whatever mentor they want,” Vega said. “We also provide them with a stipend for their research and we provide them with the necessary resources they need to get the information required to effectively apply to graduate programs.”

McFadden added that there is a summer portion of the program that is associated with the research that students conducted during the school year.

“We have the students submit a research proposal by the end of the semester and students carry out their research they proposed in that summer,” McFadden said.

This article was written by Natalija Milesunic. She can be reached at natalija.milesunic@marquette.edu.