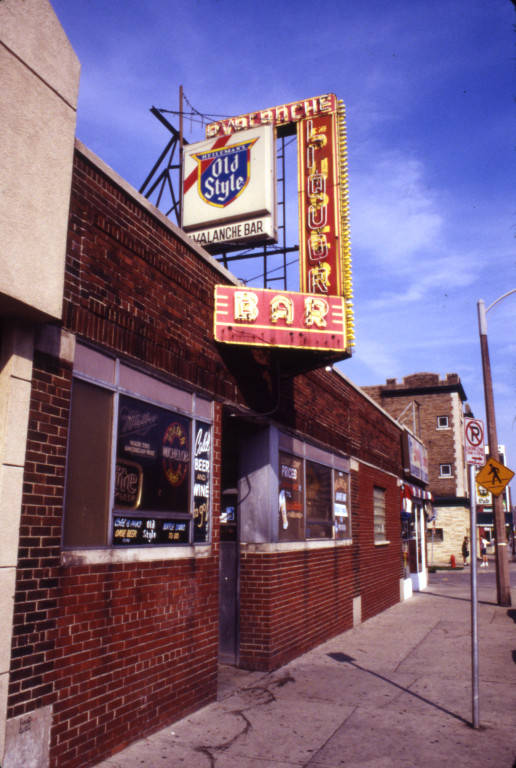 It’s the late 90s at Marquette and a night at the Avalanche Bar at 1504 W. Wells. St. makes up for a long week studying in Memorial Library. Its make is cinder blocks, a small pool table, a dartboard in the corner and cheap beer, with as many Marquette students as it can possibly hold.

“It really was a hole in the wall,” Peter Pedraza, a ’97 Marquette alum, says. “It was a great place though, as a college kid. It was super cheap.”

The Avalanche was one of eight bars within the span of just a few blocks past the Evans Scholars house. There were no Campus Town Apartments or fraternities near Wells St. Just bars, food joints and Marquette students looking for a good time.

“There’d be a house party and then we’d end up at the ‘Lanche,” Pedraza says.

The ‘Lanche for then-students and now-alumni was not only a place for spending weekends, but also for partaking in old traditions.

The ‘naked beer slide,’ a drunken phenomenon, is the most famous of all. It happened at closing time and only the bold, and very inebriated, would remove all of their clothing while other patrons poured what was left of their beers onto the floor for the naked person to belly flop onto and slide through the residue and filth.

“Some of us may or may not have partaken in that tradition, but I think we can all say that we witnessed the tradition plenty,” Brian Roche, a ‘96 Marquette alum, says.

Before cellphones and text messaging, Roche says everyone would call the bar to ask who was there.

“That’s how we’d determine our evening a lot of the time. We’d call a bar, ask who was there and that’s where you’d go,” he says.

Many students worked as bartenders in the bars as well as the surrounding restaurants, like Pizza Joe’s. Durkin says the student employment was like bartering.

“We’d barter. We’d go with two pizzas and (other students and friends) would come back with a pitcher. It made for messy pizzas and messy nights,” Durkin says.

For Pedraza, Durkin, Roche and ’96 Marquette alum Kim Anderson, remembering late nights at Marquette are what has kept them together in the years since graduating. How all four of these Marquette alumni got together is a blur.

“I don’t think it was a single meeting. The group kept growing and growing out,” Durkin says.

Durkin says the four years they attended Marquette was an interesting time, not just for their friend group, but for the university itself. At that time, Durkin says Marquette was buying more property and trying to close down bars. It was also the time when the university decided to change mascots, from the Warriors to the Golden Eagles.

“You could feel it contracting,” Durkin says. “They were trying to get rid of this crazy beer slide, naked beer slide, party image.”

Durkin later came back to Marquette for graduate school in 2001.

“I really saw the shift in that period,” Durkin says.

Comparing today’s campus establishments to what they were back then, Roche says it feels three quarters different.

Yet for these alum, reflecting on their good times and seeing how Marquette is today makes them proud.

Anderson says the caliber of the Marquette student has changed over the years.

“What I love about Marquette is that it has always had the mission in serving the community,” Anderson says. “I think that has only grown stronger as well.”

Roche, who returns to campus every year for a Marquette game with his kids, says the overwhelming sentiment for him is pride and nostalgia. He recalls a time coming back to campus where he ran into Pedraza in the bookstore. They both were with their kids.

“I was almost in tears, seeing Pete in the bookstore, it gives you chills,” he says. “We’re all here just trying to capture the same thing.”