Evolution of Student Media: From separate organizations to one program, student publications have undergone changes 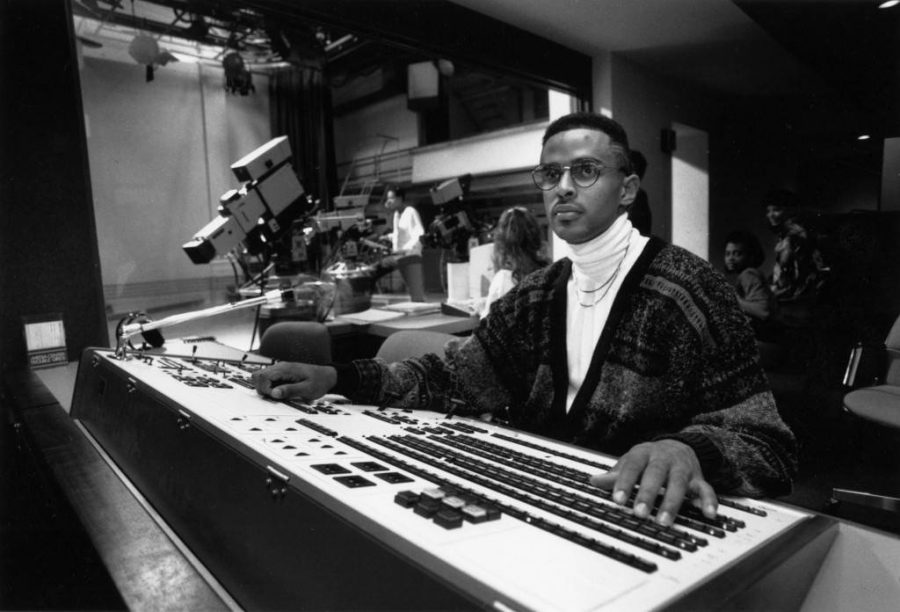 2015 was the 100 year anniversary of student media publications at Marquette. The College of Communication held a celebration in March 2017. But just a few years ago, the organization looked very different.

The Marquette Wire – the overarching organization which contains all four branches of student media: the Marquette Tribune, the Marquette Journal, Marquette University Television and Marquette Radio – was only created in 2014. Before that, the organizations operated separately. Marquette’s yearbook, the Hilltop, was published annually in print from 1915 until 1996 and for three years after online before ending in 1999.

In 2018, the Marquette Wire saw further changes, when a roughly $4,000,000 renovation to the second floor of Johnston Hall was finished, made possible by a 2014 donation from the Bernice Shanke Greiveldinger Trust. The updates created a centralized hub for student media, including a brand new newsroom, a soundproof radio studio and two television studios, including the Jeanie Hayes virtual studio – named for which features a green screen space and a robotic camera.

Patrick Thomas, executive director of the Marquette Wire from 2016-18, says Marquette’s student media opportunities and the ability for students to participate as soon as they get on campus were what drew him to the university in the first place.

Thomas stepped on campus around the time the branches were merging into one overarching organization, and he recalls each aspect of student media still operated separately in many ways.

During his time as executive director, Thomas says he worked with student media director Mark Zoromski to change the funding model and served on a committee to plan the second floor renovation. Thomas says he was involved in meetings with architects, and personally worked to plan a newsroom space that connected to television and radio studios. He says his goal was “to give the Wire space that matched what the mission of the organization was supposed to be.”

Before the second floor facilities were built, all areas of student media operated from the basement of Johnston Hall.

The merge in 2014 reflected the changing media landscape. Lori Punko, managing editor of the Marquette Tribune from 1989-90, says the combination of all organizations under the Marquette Wire is indicative of the journalism industry. She says the Denver Post, where she currently works as deputy sports editor, often publishes podcasts and other forms of multimedia packages along with print stories.

She says it gives students a more well rounded experience.

But Punko’s experience with student media in the late 80s and early 90s was drastically different from students’ experiences during the 21st century.

Ron Smith, former editor-in-chief of the Marquette Tribune in fall 1988, says there was little collaboration between print and broadcast. He says he often felt that “print was it” and that MUTV and MUR may have thought that the Tribune was arrogant.

Another thing that has changed is the amount of Tribunes produced per week. Punko says that when she was managing editor, they were producing four Tribunes a week, Tuesday through Friday.

Beyond lack of teamwork and a rigorous publishing schedule, the processes for creating and printing a newspaper, magazine or yearbook looked very different before the advent of desktop publishing in the 1990s.

In the basement of Johnston Hall, there was a production room and darkroom. Greg Borowski, managing editor of the Marquette Tribune during spring 1989, recalls how students manually produced the newspaper, using a typesetting machine, hot wax and X-acto knives.

Borowski remembers the camaraderie in the Tribune newsroom as students shared and fought over the visual display terminals.

Between the 80s and 90s, a large shift in technology altered the student media experience.

“We came of age at a really important time in terms of how media is put together,” Kim (Doyle) MacGregor, editor-in-chief of the Marquette Journal from 1989-90, says. She says much of Tribune and Journal production was done manually in Johnston Hall’s basement during her time at Marquette. During her senior year, MacGregor says she “did an independent study about desktop publishing and how it was transforming newsrooms.”

While the student media was not yet using digital technology, MacGregor says Mac computers were starting to be used in classrooms.

In general, MacGregor remembers, everything in terms of publishing took much longer. She recalls stacking the “boards,” which were the layout of the Journal’s pages, into “a giant envelope” and carrying the envelope through downtown Milwaukee as she walked to FedEx to mail the envelope to the printer.

MacGregor, a graduate of 1990, spent time on the MUTV staff before moving to the Marquette Tribune, where she worked the crime beat, to becoming editor-in-chief of the Marquette Journal her senior year. Taking part in different branches of student media, MacGregor was able to experience firsthand the differences in culture.

MacGregor recalls the student media offices in the basement of Johnston Hall. She says with the largest staff, the Tribune had the biggest office, while the Journal office was considerably smaller. Working for the Journal, MacGregor says, was a slightly more relaxed environment because they worked with long-term deadlines and weren’t publishing on a daily basis like the Tribune.

“We were popular because we had a couch in our office,” MacGregor says, recalling that Journal staff members, as well as students involved in the other media branches, often stopped in the office just to relax and hang out.

“It was definitely the best training I could’ve had,” Punko says of her time in student media at Marquette. “I got way more out of working at the Trib than some of my classes.”

Punko says during her time at the Tribune, they often covered large-scale news or big issues on campus. Borowski says he is proud of the professional way the Tribune covered difficult stories.

Both Punko and Borowski remember one particular news story during the spring semester of 1989: “the Bud house fire.” Borowski says the house was known as “the Bud house” because there was a neon Budweiser sign in the window.

There was a fire in the house one night, resulting in the death of a student. Borowski says this was a huge story throughout the city.

“We felt like we not only competed well with that, but also, you know, we’re sensitive to the campus community,” Borowski says. “I knew that we had a different audience and wanted to really tell the story of this student and what the loss meant. And I felt like we did a real, professional job.”

Another big story Punko recalls was when the Tribune confirmed the selection of former Marquette president Albert DiUlio as president in time for the Tribune publication on the same day.

She says that the Tribune spoke to DiUlio’s sister, who told them that he was flying in on the day of the press conference. She says the Tribune put two and two together and figured out that he must be the new president, but the university would not confirm it.

Punko says a reporter called the airport and had the gate agent find DiUlio and get quotes from him.

“It took a whole lot of effort to break that story,” Punko says.

Smith says during his time the Tribune was not very diverse. Smith was the first Black editor of the Marquette Tribune and says he thinks he was the first person of color as well.

“Marquette helped prepare me because I felt confident I could do things,” Smith says. “I didn’t have to apologize for where I came from or who I was.”

He says that he learned to navigate a newsroom as an African American man through working at Marquette. He says he felt there was an undercurrent of people who were surprised that he could be successful in journalism at Marquette and as a career.

“The Tribune taught me a lot about journalism but it also taught me about the politics of a newsroom,” Smith says.

Thomas says his time as executive director of the Wire prepared him to get hired at the Wall Street Journal after graduation.

“You’re not going to be the head of a news organization until, like 40 years later, after college. … You don’t get that experience anywhere else,” Thomas says.

This story was written by Kelli Arseneau and Annie Mattea. They can be reached at kelli.arseneau@marquette.edu and at anne.mattea@marquette.edu.