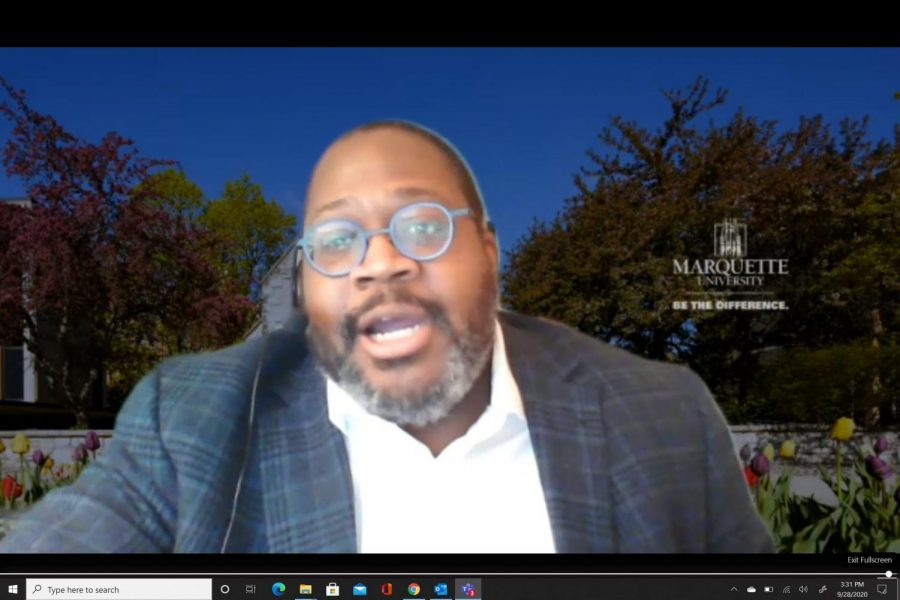 Cobeen Hall’s quarantining was first on the agenda.

“The percentage of cases or certain number of cases in a hall is not the trigger for quarantine,” Keli Wollmer, executive director for the Medical Clinic and member of the COVID-19 response team, said. “It’s the transmission rate between close contacts and in what amount of time that transmission occurs.”

The number of cases and the transmission rate are identified through contact tracing on campus. If a group of cases is found, it could prompt mass testing.

With evidence of residence hall transmission, Wollmer was asked if there was any evidence for transmission within the classroom.

“Fortunately, we do not have any evidence of classroom transmission,” she said. “We do effective contact tracing and have not identified any direct transmission in a classroom.”

The university is looking forward toward spring break and opportunities to limit transmission during that time.

John Su, vice provost for academic affairs, said there are three options for the university’s spring break, planned for March 27 through April 5, 2021. Many universities around the country have shortened their spring break or removed it entirely in an effort to stop the spread of COVID-19.

The first option is to stick with the current academic calendar. This means that the current spring break would move ahead as planned. The second is to shorten break and either start the semester a week late or end a week early. The last option would entail shortening the combined spring and Easter break and having a random day off each month.

“We’ll be meeting with the deans, academic planning group, (Academic) Senate, Marquette University Student Government, Graduate Student organization, the department chairs and others this week,” Su said. “Our goal is to have a final determination of whatever the spring calendar will be no later than October 19 to ensure there will be no disruption in the course registration process.”

Joel Pogodzinski, senior vice president and chief operating officer, gave a brief background of the financial planning that took place earlier this summer as a result of the pandemic, along with the fiscal year’s risks.

“With increased levels of financial aid with the smaller student classes across higher (education) nationally and the more competitive landscape, there was a need to offer increased financial aid to attract and retain students,” Pogodzinski said.

He also touched on recovery costs, from dining halls to university cleaning.

Due to the amount of financial risk, the university took temporary mitigating factors in response to the uncertainty of COVID-19.

“We suspended our FY (fiscal year) 21 merit increase program. We implemented discretionary spending reductions across the university, across all areas and all units. We suspended our 403B retirement employer match. Lastly we instituted leadership temporary pay reductions,” Pogodzinski said.

The 403B is a retirement plan that allows employees to contribute some of their salary to the plan.

The leadership council and men and women’s basketball team coaches all took 5% pay reductions, while University President Michael Lovell, Provost Kimo Ah Yun and Pogodzinski took 10% pay reductions. They did this in an effort to conserve financial resources.

“We offered a residency opt-out program, either due to the modality of education because their courses were all online or in the case of sophomores the opportunity to move out of their residency requirements in our residence halls,” Pogodzinski said.

Approximately 700 students opted out of their residency requirement.

“That amounted to over 20% of our room and board and that will have about a $7.5 million additional impact on our fiscal year in FY21,” he said.

This decision helped the university to de-densify the residence halls. The de-densifying process was part of the plan to have students back on campus.

Pogodzinski also mentioned the likelihood of fewer fans and decreased ticket sales for the upcoming basketball season. Even with all the actions the university has taken, they still predict a negative financial impact.

“We are anticipating that our university gap could grow and exceed an additional 10 million dollars,” Pogodzinski said. “This is fluid, those are things that are changing over the course of the year. But it’s safe for us to say that we are expecting that additional mitigating actions will be likely this year to address a growing gap in FY21.”

While the university is unsure of exactly what mitigating actions will have to be taken at this time, Pogodzinski said there will be plenty of communication to the Marquette community.

“The range of outcomes remains wide,” Pogodzinski said.“While that can be a bit unsettling, it is for all of us, what we can commit to you is that we will continue to communicate. Whether it’s in additional town halls, academic and staff senates, small group discussions at coffees and so forth and faculty groups alike. There will be numerous amounts of communication as we proceed over the course of this semester.”

With all the uncertainty surrounding the COVID-19 pandemic and university financial situation, the Marquette community was encouraged to continue to come together.

“We know that we are fighting a pandemic,” Xavier Cole, vice president for students affairs, said. “It is a formidable opponent, but we will continue to fight as long as we can.”

This story was written by Megan Woolard, she can be reached at megan.woolard@marquette.edu