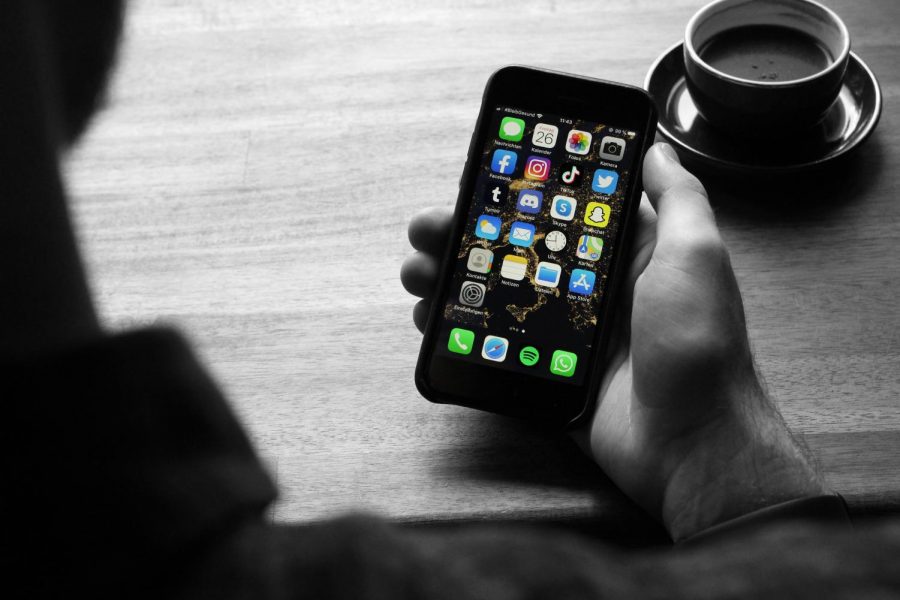 Popular culture is traveling down a dangerous and perverse path. Depictions of young children, in sexually precocious manners, has led to psychological and emotional damage through the ages were development are critical.

Social media is one of the worst offenders. TikTok, an app where people share short videos of themselves, often features new dance “trends.” A particular trend to rapper Cardi B’s song “WAP,” is very explicit. Those who have criticized the song were dismissed as being pearl-clutching conservatism, there is a difference between adults singing the song and impressionable kids dancing to it.

It’s not exactly radical to argue that young girls should not be mimicking provocative dance moves like twerking and humping the floor. While this may seem appealing to curious young girls who want to dabble in the world of adulthood, they should not be posting this online.

The blame is not to be casted onto the young girls themselves, but to a society filled with men and women who sexualize their bodies and show disregard for their well-being.

The controversial French film “Cuties”  attempted to explain the perils that young girls face when they come of age and are on the brink of childhood.  They may dress, dance and act the part of an older woman, but deep down they are still little girls who seek the guidance and protection of adults. But in trying to explain the ills of premature sexualization of young girls, “Cuties” became complicit in it. The main character is only 14. Another girl is only 12. These girls are not made up characters that can be used for such a serious subject. They are real human beings who were exploited on Netflix, a highly viewed streaming platform, for the world to see.

Unfortunately, the exploitation of young girls has existed for a while now. Child beauty pageants, such as those depicted on TLC’s “Toddlers and Tiaras” make beauty and sexuality the center of a young girl’s life. The show displayed girls as young as three in skimpy clothing as the network and their parents disgustingly profit off of it.

American teen shows are also uncomfortably sexualized and not representations of actual teenage life. Often adults play the parts of teens. While this prevents minors from being sexualized, it still gives the false impression that early high schoolers are fully grown and sexually mature.

ABC Family’s “The Secret of Life of the American Teenager,” which aired from 2008 to 2013 for five seasons, took an almost parody-like approach to adolescence. The main character, Amy Juergens, becomes pregnant at 14, and is played by Shailene Woodley, who was 17 years old at the beginning of the show. Sexual acts are exchanged like currency around the school, and their behaviors are rarely ever consequential or condemned.

The CW’s “Riverdale,” which started airing in 2017 and now is on its fifth season, is a thriller teen drama based very loosely on the “Archie” comics. The show itself, being notoriously cheesy, is marketed to those as young as 12, and even though the main characters are supposed to be 15, they are played by actors who are in their early to mid-20s. It is not uncommon for these teens to be needlessly sexualized, such as a scene where one of the characters strips and dances sensuously on a stripper pole.

There is an appropriate way to deal with the topic of a teenager’s emerging sexuality, and it is not by photographing young girls in skimpy outfits doing sexually suggestive acts for the world to see. In the social media age, it is especially hard for girls to make sense of puberty and bodily changes without the privacy to make mistakes and get on with life.

Bo Burnham’s 2018 film “Eighth Grade” neatly captures the awkwardness of early adolescence without romanticizing or grossly sexualizing its characters. In “Eighth Grade,” hormone filled 13-year-olds are profoundly unsexy, evident through its realistic, cringeworthy depictions of their interactions. It has no content too foul for an actual eighth grader, which should be the standard for films and television that attempt to examine their lives.

Not only is the sexualization of young girls gross and wrong, but it has negative impacts on mental health. According to the American Psychological Association, the sexualization of girls is linked to low self-esteem, eating disorders and depression. The sexualization comes with cognitive and emotional consequences by reducing confidence and negatively impacting the ability for a girl to have a healthy sexual self-image.

Child sexualization is yet another side effect of a society that views sex as capital and young girls as a way to generate it. But it must be protested, shamed and recognized as the awful thing that it is. Only those who recognize the seriousness and fragility of adolescents’ fledgling sexuality should be allowed to produce media on it. It should be done in a way that is accurate, appropriate, and free of potential harm to any child actors they choose to cast.

If we strive to be any sort of a progressive and moral society, the end of child sexualization in media, movies and life must be a top priority.