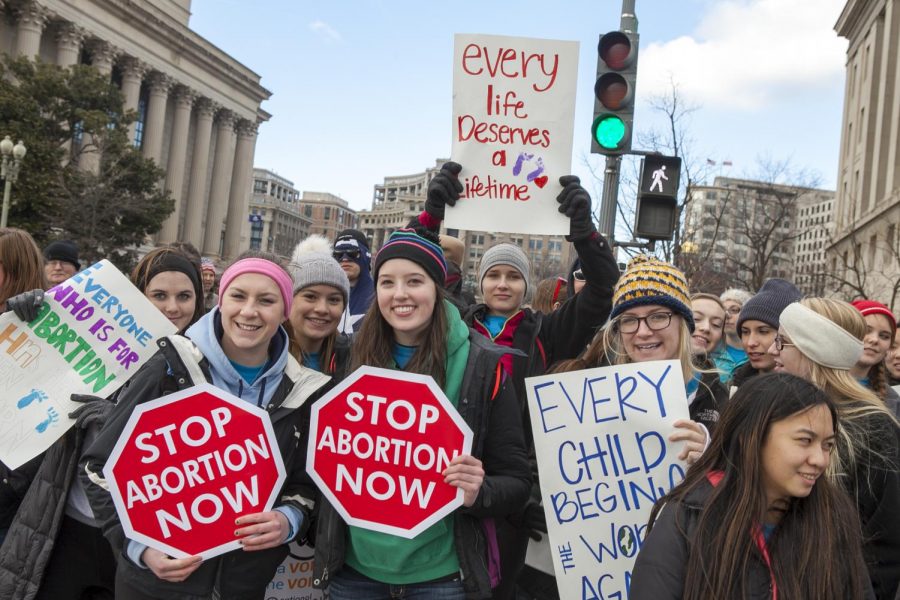 March for Life in Washington D.C. 2015. Photo via Flickr

Pro-lifers are not as “pro-life” as they would like to believe.

Being pro-life requires more attention to the lives that are in constant danger versus just the narrow view of anti-abortion, and in the midst of President Trump promising to fully defund Planned Parenthood if re-elected for the second term, they are not doing enough to protect lives.

Trump said, “With your help, I will win re-election, ensuring we have another four years to fight in the trenches for unborn children and their mothers.”

This fueled the ongoing tension between pro-life supporters and pro-choice citizens, who believe that one can be personally against abortion but does not impose those views on other individuals.

Planned Parenthood was founded on the idea that women should have the information and care needed to live strong, healthy lives and fulfill their dreams. Since its original founding in 1916, it has been a resource for women, men and young people seeking a multitude of services at little to no cost.

These services include STD testing and treatment, birth control, gynecologist exams, cancer screening and prevention, abortion, hormone therapy, infertility services and general health care. Just from this alone, Planned Parenthood does more to protect and support lives than pro-lifers are willing to admit.

While an individual may have a moral concern with abortion, understanding that abortion is not an easy decision to be made for many is important. Most women seeking out Planned Parenthood for abortion are not eager to terminate their pregnancy, and with abortions, the woman will most likely suffer medical and psychological effects.

The decision to terminate a pregnancy is difficult to make, especially with the societal pressure and rhetoric around abortion. Additionally, socioeconomic, emotional and psychological factors often influence and impact a woman’s decision to have an abortion. Taking this into account can help one understand that not every person is equipped to lead a life with children. In fact, there is an overflow of children in the foster care system that pro-lifers are not factoring in.

There are more lives to consider in the world than just unborn children.

The homeless children sleeping on concrete floors at the U.S.—Mexico border, young girls and women who are being trafficked, Black citizens that are being murdered at the hands of those sworn to protect them and Native American or Alaska Natives who are dying at the highest rates in the country due to inaccessible health care are all people who need our help.

These, and so many other groups, are the ones we need to fight harder for. The ones who have been stripped of their voice, their rights, and their dignity.

So, here is my challenge to all pro-lifers. If you say that you are pro-life: prove it.