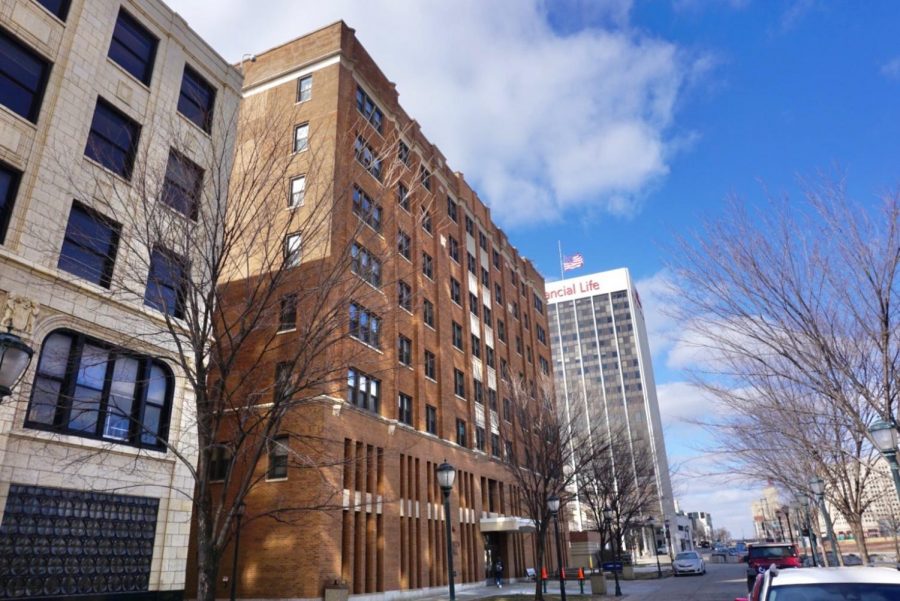 Cobeen Hall has been ordered by the Milwaukee Health Department to quarantine for the next two weeks. The quarantine began Sept. 25 at 11 p.m. The news was delivered in an email from the university earlier that night.

This comes in response to a confirmed number of cases within the hall. Cobeen residents who live on floors eight, five and four were all tested for COVID-19 throughout the day after a number of cases were confirmed on those floors.

Ethan Jacoby-Henrickson, a first-year in the College of Communication, was one of the Cobeen residents who got tested. He tested negative but will still have to quarantine.

“I just feel like we’re already doing all of the social distancing things, like, what else is there to be done? But I guess we just have to quarantine the whole building,” Jacoby-Henrickson said.

Regardless of their test results, all students living in Cobeen are required to quarantine for two weeks. Additionally, any residents who did not get tested today will be required to get tested next week.

“I’m upset. I’m sure others are upset as well. One of the reasons we’re here is to be on campus and learn and hang out with each other. Being locked up in a hall doesn’t allow us to do that” Jacoby-Henrickson said.

Other Cobeen residents were not surprised at the news of the quarantine.

“I kind of expected it to happen,” Mairead Littleton, a first-year in the College of Health Sciences, said. “We were a little surprised that it was on a Friday night and not a Monday. It just seems weird to be on a weekend.”

In order to prepare for the next two weeks, many residents went to 7-Eleven and Sendik’s Fresh2Go to stock up on supplies. Littleton and other residents had also gone shopping earlier that day in anticipation of a quarantine.

“We’ve heard this week that more and more people have been testing positive. So we expected it to happen,” Abbey Scurio, a first-year in the College of Communication, said.

Scurio and Littleton are roommates so they will be quarantining in their room together. However, some students, like Jacoby-Henrikson will have to quarantine in their rooms alone.

“My roommate, who I was supposed to be in a double with, deferred. So I’ll be locked in a room all alone and that’s not going to help my mental state,” Jacoby-Henrikson said.

Many students deferred admission to Marquette until next year. However, some of those students already had room assignments, like Jacoby-Henrickson’s roommate. This has left many students that were supposed to be in doubles in a room by themselves

Cobeen residents were encouraged not to leave campus and to quarantine in their rooms. Students who chose to quarantine at their permanent residence will be required to stay off campus for the entirety of the two week period. The university email and Milwaukee Health Department also stated that residents returning from home must provide proof of a negative COVID-19 test dated on or after Oct. 4.

Despite the guidelines from the Milwaukee Health Department, there were a line of cars parked outside Cobeen Hall. Residents could be seen carrying armfuls of bags as they left to quarantine at home.

In one of those cars was Scott Rex, a professor in the College of Business Administration and father of a Cobeen Hall resident.

“It’s the right thing to do. I don’t want to have the campus shut down. I was expecting it but you don’t want it to happen. It’s kind of an aggressive call but we all want to keep the place open,” Rex said.

With the quarantine in place, residents will not be allowed to attend in-person classes or any other facilities on campus.

“I’ll just have to find virtual alternatives for everything that I have. But other than that I’ll just be contemplating life because there’s nothing else to do,” Jacoby-Henrikson said.

The Cobeen dining hall will be operating during the quarantine but will only be open to Cobeen residents. The university is also coordinating academic and mental health services for students during this time.