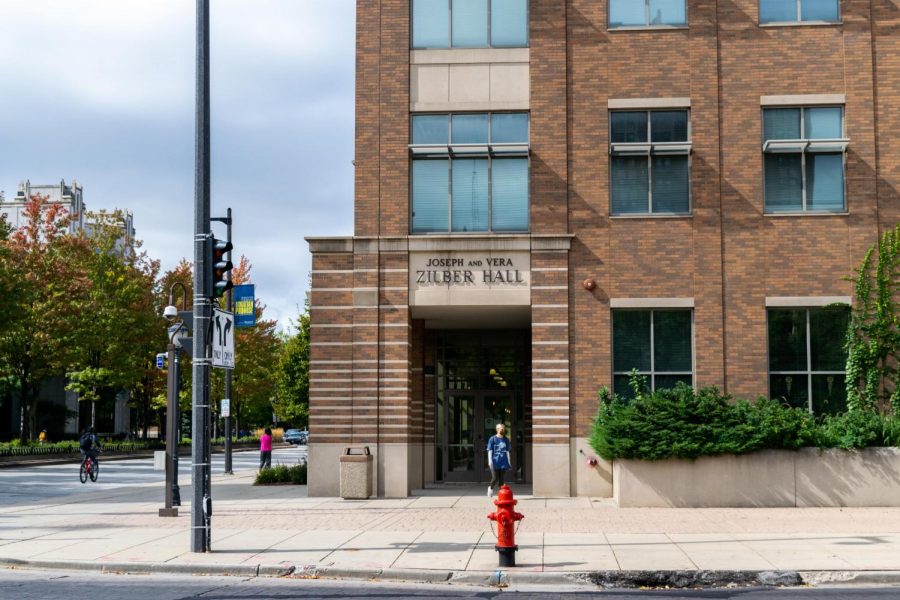 The Marquette Academic Senate discussed the university’s financial plan, as well as potential cuts, in response to the COVID-19 pandemic Sept. 21.

According to a Marquette Academic Workers Union email sent to the Marquette community, this could mean a total of 450 job cuts, 275 of which will come from academics.

The union held a virtual meeting Sept. 24 to organize against potential budget cuts that the university is facing as a result of the COVID-19 pandemic.

“From our point of view, it’s morally untenable to fire … so many people during a global pandemic,” Melady Elifritz, a graduate student worker in the philosophy department, said in an interview with the Marquette Wire. “It feels really unpredictable in this moment because it’s happening fast.”

Christopher Gooding, a visiting assistant professor of theology, said in an interview with the Marquette Wire that these potential budget cuts will have an effect on students too.

“If these cuts happen, it might disproportionately affect course offerings and what’s available to be taught,” Gooding said.

Elifritz said class sizes will likely be larger and so will teaching loads for professors and graduate student workers. Professors would have to divide their attention between more and more students.

Teaching loads are determined by college deans and generally reflect the assumption that a “significant” amount of faculty’s time will be devoted to research, according to the Faculty Handbook.

“We built this reputation as being a school that has small class sizes and (professors) that give a lot of individual attention to students,” Elifritz said.

As of fall 2019, Marquette had a ratio of 14 students for every faculty member.

She said cutting faculty would stray from commitments to the students who attend the university, as well as those who teach here.

“It’s a huge thing to shift more and more … burden on the people that remain here,” Elifritz said. “It’s outrageous to let people go and then to move more responsibility to the people that stay.”

She said the university is worrying more about its debt and financial situation than the livelihoods of its students and instructors.

Elifritz said she thinks more people than higher administration should have a say in how a budget is decided.

She also said she didn’t understand why the university would choose to lay off employees rather than to dip into its nearly $700 million endowment fund.

The endowment is the “permanent capital” of the university, which is invested and used to support student scholarships, academic programs and salaries, according to the Endowment Office’s website. The university’s endowment spending generally does not exceed 4-6% of its market value.

“They were naming some pretty big numbers as targets for cuts and describing long term cuts for the university that were pretty alarming,” Gerry Canavan, an associate professor of English and a member of Marquette Faculty United, said in an interview with the Marquette Wire. “It definitely had my attention.”

Faculty United is a group of tenure-track faculty that sometimes work with the unionization movement at the university.

Canavan said there also might be significant changes to programs and workloads, as well as potentially laying off some tenured faculty.

“What attracts students to Marquette is the diversity of programs we have, the small class sizes … close relationships you can sometimes get with faculty in certain programs and a lot of changes they were talking about would really threaten that experience,” he said.

Canavan understands taking into account projections for lower enrollment, but he said at the end of the day, “they’re just projections.”

“It’s gonna be really important … for faculty and administration to work together to identify priorities, projections and what we think Marquette should look like going forward,” he said.

There are other potential challenges that the university faces. Marquette’s administration often cites Nathan Grawe’s book, “Demographics and the Demand for Higher Education,” for what they call an expected “demographic cliff.” Grawe predicts a dip in the number of college-age individuals in 2026 because of a decline in births.

“The thing that (we) are trying to point out is if we change our recruiting methodology, we can survive the cliff,” Gooding said.

Elifritz pointed out that the “demographic cliff” mostly concerns middle and upperclass white students, calling it a demographic “shift” rather than “cliff.”

Gooding said that pulling from traditionally underrepresented groups of people, such as “getting serious” about Marquette becoming a Hispanic Serving Institution, can help also help save Marquette from this potential loss of students.

An HSI is a higher education institution with a Hispanic undergraduate student enrollment of 25%.

Gooding said that rallies and press conferences are being planned to further propose what alternatives to layoffs could be.

As of right now, the job cuts are not set in stone, but Gooding said that doing nothing will put people’s jobs in jeopardy.

“A lot of people are tired and angry and feeling disposable,” Gooding said. “Some people who are in our pool have been here for decades … and Marquette has relied on their labor to keep programs afloat and teach general ed courses that everyone needs to learn. But after years of throwing their heart into teaching, now their the first on the chopping block to go.”

This story was written by Alexa Jurado and Benjamin Wells. They can be reached at alexa.jurado@marquette.edu and benjamin.wells@marquette.edu.