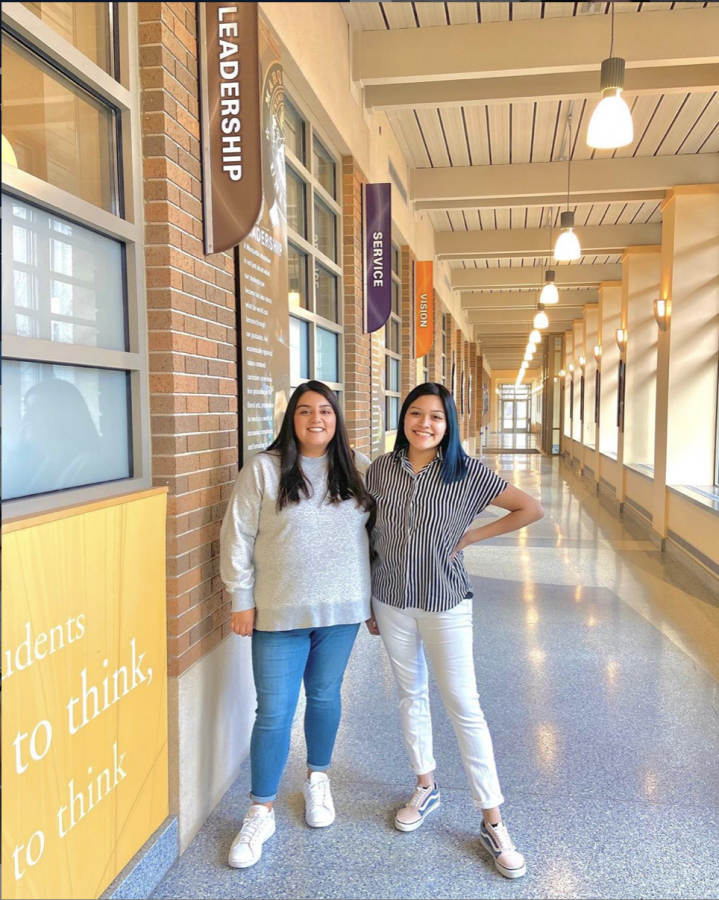 Guerrero and Murillo aim to listen to and amplify student voices. Photo courtesy of Evelia Guerrero and Elizabeth Murillo

Evelia Guerrero and Elizabeth Murillo, seniors in the College of Nursing, were named the next Marquette University Student Government president and executive vice president Sept. 18.

Of the eligible voting body, 2,218 voted in the election. Guerrero and Murillo won 69.8% of the votes.

Guerrero said when she found out, she cried.

“Elizabeth and I have put a lot of hard into our campaign,” Guerrero said. “We made sure we were running for the right reasons before we committed to running and it was overwhelming in a good way to see everything come together.”

She said she and Murillo had spent their years being intentional about listening to student stories and pushing out of their comfort zones.

“We saw so much support from our friends and peers that winning reminded us how important it is to have individuals who are passionate about change,” Guerrero said.

“We are excited to see what the next few months have in store,” Murillo said.

Guerrero formerly served as a desk receptionist and then the outreach Vice President for MUSG. During her time in those roles, she worked on community engagement, as well as diversity, equity and social justice programming and initiatives, which she said allowed her to form relationships with various student groups on campus, along with university departments and community stakeholders.

“(My experiences) allowed me to find my voice within a space that often doesn’t see (a) leader like me,” Guerrero said.

Murillo was previously MUSG’s chief of staff and worked directly with the former executive vice president Dan Brophy on student organization funding and outreach. She said prepared her for her new role, as well as connect with other student leaders on campus.

Murillo said she wants student to know they are in office to listen.

“We recognize that each Marquette student experience is unique, but that doesn’t mean their story isn’t any less worthy of being heard over another — each student at Marquette deserves to feel like they belong on our campus,” Murillo said.

Guerrero said they want to amplify and prioritize student voices as well.

“This campus … belongs to all of us and together we are going to foster real change at our university,” Guerrero said.

Moving forward, Guerrero and Murillo said they want to continue to build on the groundwork of past MUSG leaders while adding the perspectives they have learned about through their own platform.

“We also want students to feel like they are connected to campus and Milwaukee as a whole,” Murillo said. “We want to lean into tough conversations and make historically underrepresented groups on campus feel like Marquette cares about their backgrounds (and) identities and that the university isn’t just speaking on their behalf without truly listening to their experiences as students in these groups.”

Guerrero said that as MUSG becomes more representative of the student body, it’s important that it’s leadership does as well.

Along with president and executive vice president election, students also voted for senatorial positions. Of those positions, 14 ran unopposed, while some positions remain vacant.

Senate seats for the College of Communication, the College of Engineering, Straz Tower, Carpenter Hall, Wells Hall, Humphrey Hall and O’Donnell Hall, among others, remain open.