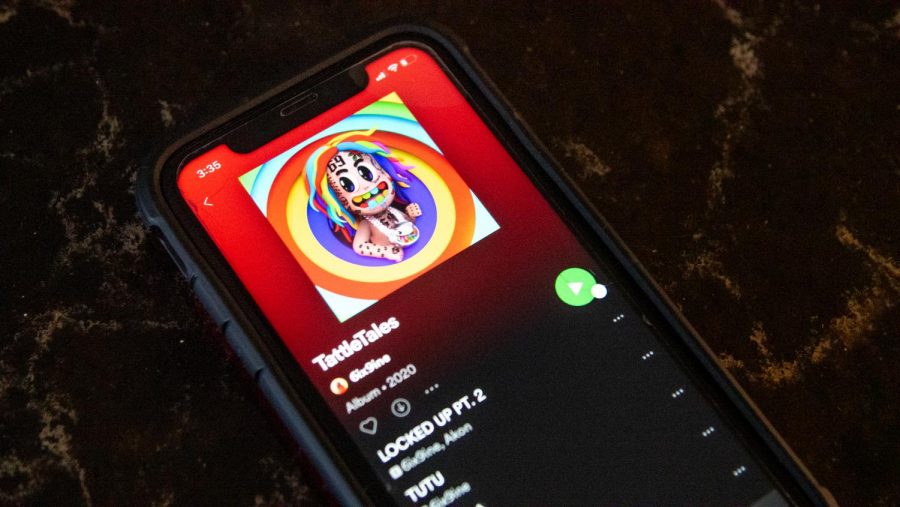 It all started with the name. It was impossible to ignore. When Daniel Hernandez burst onto the hip-hop scene in 2017, the first thing that caught everyone’s eye was the moniker he decided to go under: 6ix9ine. It evoked a sense of audacity, raunchiness, distaste and immaturity. And in many ways, that’s exactly what Tekashi 6ix9ine was going for. From being dressed head to toe in obtrusive, vibrant colors to his multiple tattoos, one of which being a massive “69” inked onto his face, to his style of rapping, which seemed to be a culmination of obnoxious shouting and ear-grating laughing, one thing was clear: 6ix9ine was not here to please. And since he’s risen to prominence, he has only steepened himself in controversy and criticism, so much to the point where it’s practically synonymous with his name.

6ix9ine has come under fire for multiple sticky situations he’s found himself in over the past two years, often coming close to suffering very serious consequences including lengthy jail time. He’s been involved with legal issues regarding sexual contact with a minor, misdemeanor assault and assaulting a police officer, all of which he escaped with court-mandated community service, mental health treatment sessions and probation. That is, until 2019, when he was arrested and pleaded guilty to nine counts of racketeering and gang activity and faced 47 years to life in prison for his crimes.

However, due to a plea deal Tekashi struck with the FBI that had him relinquish any and all information he had on his gang, 6ix9ine was able to reduce his sentence to 11 months with time served, most of which is now being served at home due to coronavirus concerns in prisons. This has allowed 6ix9ine, with permission from a federal judge, to fully and completely resume his music career, according to an article by Complex.

Which brings us to “TattleTales,” 6ix9ine’s first album since his home imprisonment. The album was gaining notoriety before it’s release due to its tongue-in-cheek name referencing Tekashi’s court testimonials against his gang, as well as its surprising sales projections.

According to an article by XXL, the album was originally projected to be a smash hit, and was expected to move 150,000 copies and possibly debut at number 1. However, by early September, those number projections drastically decreased to a projected 40 to 50,000 copies.

Regardless of sales numbers and publicity, how is the actual album? Well unfortunately, 6ix9ine’s sound is as unbearable as ever, but perhaps even more so on “TattleTales” because he actually ventures to try something new. On “NINI,” Tekashi tries a pseudo-Latin inspired club track, complete with squawking synthetic horns.

6ix9ine’s voice also continues to be absolutely wretched to listen to, most prominently on “GOOBA,” where Tekashi abandons all pretense of attempting to make even somewhat palatable music and instead decides to just scream while rapping bars that for the most part don’t fit into any kind of meter, such as when he belts out “Are you dumb, stupid or dumb, huh.” Not only these lyrics mind-numbingly stupid, but they also have no sort of structure and do not rhyme in the slightest.

And speaking of the lyrics, the lyricism on the album is also nothing short of cringe-worthy. In Tekashi’s defense, no one has ever expected him to pull out virtuosic lyricism akin to Kendrick Lamar or Jay-Z. Him putting out less-than-stellar lyrics is nothing out of the norm for him. But the absolute lack of effort put into the lyrics here are absolutely astounding. Aside from the previous example on “GOOBA,” another standout moment of lackluster writing comes on “WAIT,” where he opens with “I got them jealous, they in they feelings again/(Wait, wait, wait)/Cry baby, they crying again, ‘cause they can’t do what I can.” That sort of lyrical redundancy combined with the obnoxious shouting of 6ix9ine makes most of the tracks on “TattleTales” a truly detestable listen.

There is something to be said for the production on the album however. Most of the tracks on the album are produced by J. Clarke (who also happened to help write a lot of the songs as well), and while none of the beats are incredible, they do have a solid rhythm and groove, so you can at least appreciate the moments when 6ix9ine isn’t hollering and enjoy the beats. On “CHARLIE,” a stuttering marimba mixed with a thudding bass creates a decent enough dance track to the point where you can enjoy the music a little bit.