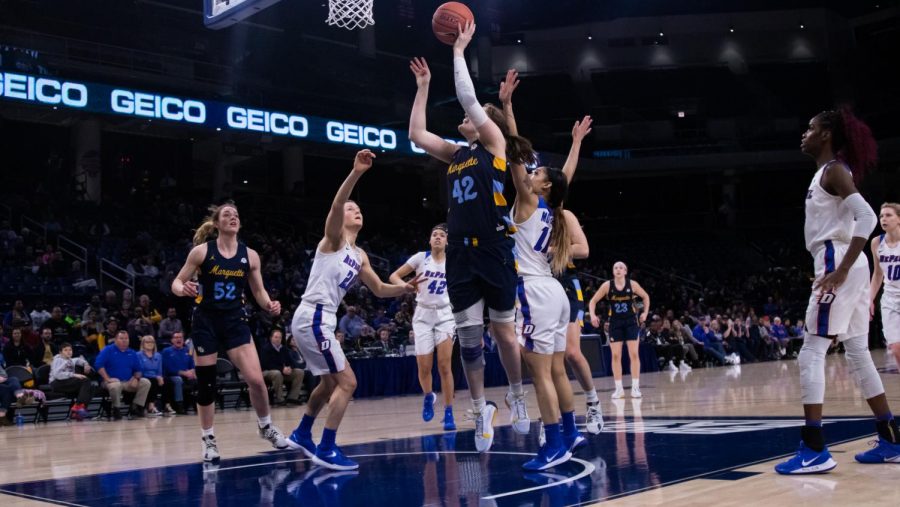 This comes less than five days after the oversight committees for both leagues submitted a recommendation to begin Nov. 21. The original date to start the 2020-21 season was scheduled for Nov. 10, but was pushed back due to the coronavirus pandemic.

“The Wednesday before Thanksgiving is a date at which three-quarters of all Division I schools will have finished their fall semester, including exams, or at least the general student body to finish the semester with virtual instruction and online exams,” NCAA Senior Vice President Dan Gavitt told the NCAA’s Andy Katz. “Our medical advisory group believes that provides the most optimal time period to start the season successfully when the campuses are far less populated and it’s (a) much more controlled environment.”

While there was debate on other dates, including pushing the seasons back to January, Gavitt said the oversight committees were convinced that Thanksgiving week is the best time to start.

“We need that break from the general student body that the Thanksgiving week provides,” Gavitt said to Katz. “Time for testing to make sure that is available. That’s really fundamental to all of this being successful. … It provides an opportunity to start the season with some excitement leading into a long Thanksgiving weekend of hopefully great basketball games.”

A Nov. 25 start date means that in-person practices can start 42 days prior, on Oct. 14, according to NCAA rules.

However, there are some restrictions. In order to be eligible for the NCAA Championships, teams are not allowed to play in less than 13, or more than 27 regular season games against DI opponents. In the 2019 season, teams played 31 regular season games.

Additionally, exhibition games or scrimmages are not permitted before Nov. 25 and the Division I Council also recommended playing in a minimum of four nonconference games.

“(This) comes from the two basketball tournament committees, men’s and women’s, that believe that it’s best for the sport overall, for the interest of the student athletes, to have at least some nonconference competition,” Gavitt said to Katz. “It also certainly helps the selection committees with the metrics and with nonconference contests to be able to evaluate teams for selection and seeding in the NCAA Tournament.”

Gavitt said this hopefully will help direct schools and conferences for their decisions regarding the conference and nonconference mix of games.

“It’ll be an institutional decision,” Gavitt said to Katz. “Those games can be conference challenges, they can be (multi-team events), they can be local rivals, they can be regional travel. But the oversight committees thought strongly as to the basketball committee that that was in the best interest of the sport overall.”

A BIG EAST spokesman confirmed that there is a league-wide meeting Thursday to discuss the men’s and women’s basketball conference and nonconference game schedules.

Although Nov. 25 is the official date to resume basketball, that is not guaranteed if COVID-19 conditions worsen.

The council is scheduled to meet in mid-October to discuss both the women’s and men’s basketball seasons again and vote on potential amendments, if necessary.

“The announcement by the NCAA was important for a number of reasons, most importantly it gives us all a date to look forward to in terms of the return of college basketball,” Marquette men’s basketball coach Steve Wojciechowski said in an email statement. “It also helps us coordinate all of our efforts within the program to make sure we are ready when that first game comes.  There is still a tremendous amount of work to be done and decisions to be made, but we couldn’t be more excited about getting back on the court and representing Marquette.”

It is not yet announced if fans can attend the games.

Marquette athletic director Bill Scholl said in an email to season ticket holders Thursday that after the BIG EAST and NCAA have announced their plans regarding conference and nonconference play, then the athletics department will determine the structure for MU’s home games at Fiserv.

“Universities across the country will follow guidance from their respective local governing bodies on social distancing procedures for large, indoor spaces, such as basketball arenas,” Scholl said in the email. “We hope to be able to welcome fans back to the best home arena in the country, Fiserv Forum, but the safety and well-being of all attendees remains our top priority. We will be working closely with campus leadership, Fiserv Forum staff and local government and health officials to determine the recommended capacity at games based on health and safety guidelines.”