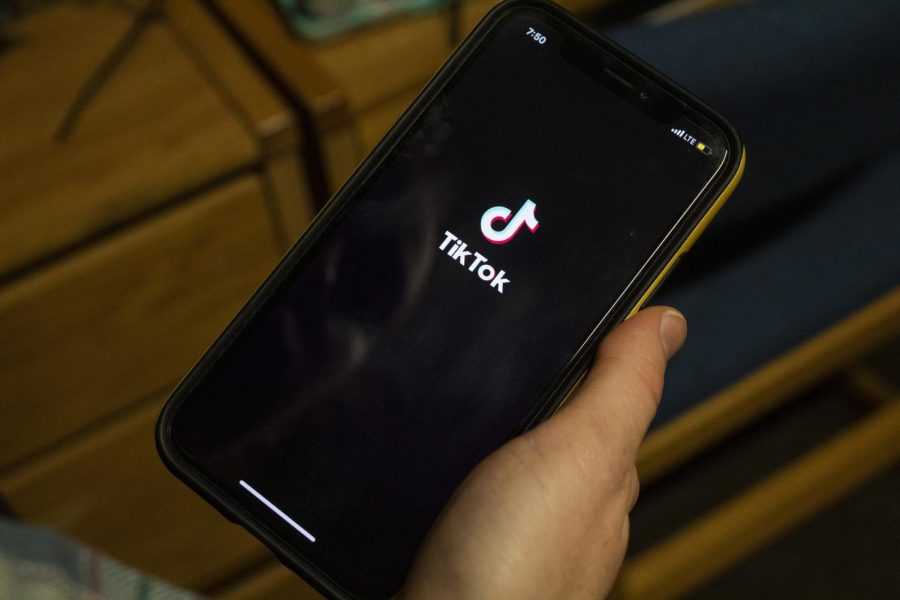 After its launch in 2016, TikTok became the first social media app to break the 2 billion download threshold since 2014, according to Sensor Tower.

For many college students, the social media app TikTok has emerged as a great stress reliever and a way to pass time, especially as many have been stuck at home due to the pandemic. It recently topped two billion downloads on the app store, the first app to do so since 2014, and has had more downloads in a single quarter than any app before, according to Sensor Tower. Some users admit reluctancy toward downloading, but point towards quarantine as their reason for getting the app.

“Everyone says that you get addicted to it, and I just didn’t want to,” Salina Tummelson, a sophomore in the College of Health Sciences, said. “But then I had nothing to do during quarantine.”

Tummelson said she does not use TikTok to post content, but instead uses it to view the content of famous creators. She also expressed how some of her friends have gone viral on the app. Tummelson said she believes TikTok can be somewhat educational at times too.

Some videos trending on TikTok right now are throwback songs, recipes and videos to an audio called “what’s poppin.”

While she has noticed a decrease in viewership among her friends since school started, Tummelson believes the app will experience another boom during winter break.

Mason Buelow, a first-year student in the College of Health Sciences, said TikTok has had a big impact on the music he listens to.

“There have been a ton of artists that have blown up because of TikTok, the biggest one being Doja Cat,” Buelow said. “Her songs were all over the radio this summer.”

Doja Cat is a singer and rapper whose most popular TikTok songs include “Say So” and “Juicy,” both of which are featured in her 2019 album “Hot Pink.”

Buelow also believes TikTok can be a big distraction.

“I go on TikTok maybe every other day,” he said. “I make sure to stay off of it when doing school work, and mostly just use it at the end of my day to relax.”

While social media apps that skyrocket in popularity are sometimes known to fizzle out quickly, such as Vine and Yik Yak, Buelow said he believes TikTok has good chances of sticking around.

“I think in a year it will still be as popular as it is now,” Buelow said. “There really just are not a lot of apps out there that can match the experience, and TikTok does a really great job of promoting its biggest influencers.”

When asked how trends on TikTok start, Mitch Dary, a first-year student in the College of Arts & Sciences, said crazes usually blow up because of the app’s biggest influencers.

“Usually creators will associate specific dances with specific songs,” Dary said. “Creators like Charli (D’amelio) and Addison Rae can really influence how popular the dances are.”

Charli D’amelio and Addison Rae are both dancers and social media personalities. Both TikTok stars were recently named the highest-earning TikTok influencers by Forbes at $4 million and $5 million respectively.

Dary said he thinks TikTok influencers will likely cross over to other platforms.

“I think TikTok could be similar to Vine, where the popular people will go to Youtube and Instagram if the app dies out,” Dary said.

Launched in 2013, Vine experienced a wave of popularity, quickly becoming an international sensation. Nonetheless, this popularity faded rapidly and the app was discontinued in 2016. Many popular personalities on Vine sought out new platforms to share content such as YouTube and Instagram.

Overall, TikTok has had a profound impact on teen culture for over two years now, whether it be through music, dancing or just simple life hacks, and it has carved out a role in the daily lives of college students.

This story was written by Mason Stebnitz. He can be reached at [email protected]