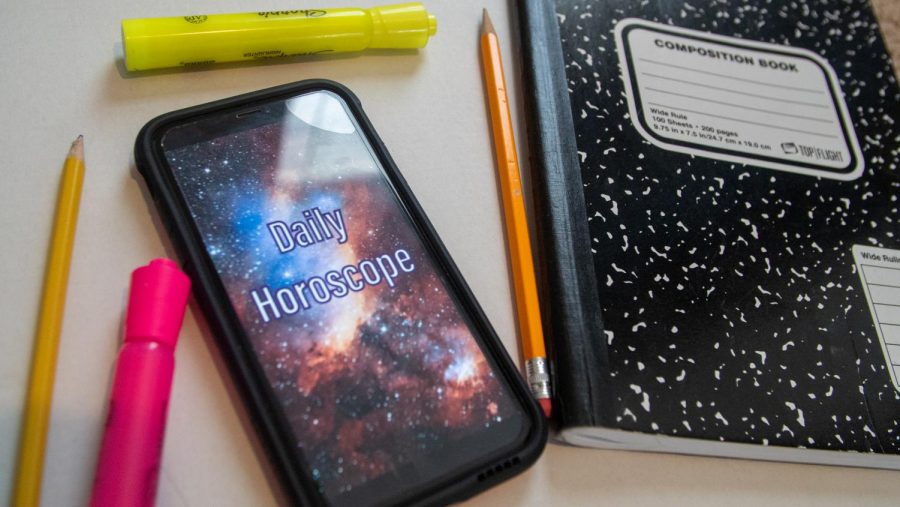 The horoscope app, Co-star, gives you daily updates about your sign and lifestyle based on your birthday.

It’s Virgo season! For some, this may be a big deal. Many students share an interest in horoscopes and zodiac signs as a way to compare who they are with the stereotypes they are expected to fall under.

There are 12 signs that correlate with specific dates of months based on the positions of the sun the day someone is born. These signs, which include Gemini, Cancer and Leo, are believed to be strong indicators of personality traits, and may hold deeper meanings that can explain a person’s life.

Horoscope readings and zodiac signs play a big role in the the family of Hannah Engel, a senior in the College of Communication. Engel said she has been interested in astrology ever since her aunt’s dad, an astrologist, would do readings for her and her family.

“He has a software on his computer where he takes your birthday, time and place you are born, plugs it in and then looks it up and does a reading for you,” Engel said.

Engel is a Pisces, which is the sign for those who are born between Feb. 19 to March 20. Though everyone has one overarching sign, their sun sign, everybody has additional signs concerning positions of other celestial bodies. These, in combination with sun signs, contribute to an overall horoscope. Those born in September will have a sun sign of Virgo or Libra. Virgo’s are born between Aug. 23 to Sept. 22 and Libra’s are born between Sept. 23 and Oct. 22.

Virgo’s are considered to be perfectionists, and are always searching for new ways to improve. They are also known to very committed to everyone in their lives. Those with a Libra sign are often very well-balanced and enjoy keeping peaceful relationships with others. They are also known to be very organized, orderly and generous.

“Your sun sign, or the sign people think of, is the general overarching view of your personality,” Engel said. “Venus is about how you love, and the different planets and the different signs have a different element and how you see yourself and how others see you.”

As a Pisces, Engel says the horoscopes she reads concerning her sign are accurate in her case.

“Pisces are very sensitive, artistic and have an intuitive side … those are the positive things,” Engel said. “A lot of people joke about them that they are sensitive criers and over-trusting of anyone ever. I would say all of them apply to me.”

Lexi Poidomani, a senior in the College of Communication, is also interested in astrology, and she compared the zodiac signs to a personality test.

“I would compare it to the enneagram or the Myers Briggs test because it is specifically telling you what your personality traits are,” Poidomani said.

Ennegrams consist of nine different personality types that classify people into patterns of how they view the world and handle their emotions. The Myers Briggs test is another similar personality test, but places people into four categories: introversion or extraversion, sensing or intuition, thinking or feeling, judging or perceiving.

Poidomani is a Leo, meaning her birthday falls in between July 24 and Aug. 23, and she said she feels like her zodiac sign fits her personality pretty well.

Poidomani said when it comes to Leos, people expect them to be loud, fun and outrageous.

“I am a Leo down to my core,” Poidomani said. “But do I agree with everything? Not exactly, because then you have to take into account other planets and stuff.”

Matthew Torres, a senior in the College of Arts & Sciences, is a Libra.

Torres said he doesn’t pay too much attention to his sign, but it can be something fun to look at and it is always relatable to him.

“For Libra, the first thing is always balanced, but it is also being dramatic and flirtatious and needing to be the center of attention,” Torres said.

Engel said she has a few places where she gets her horoscope and other zodiac information.

“I have an app that I use for horoscope and daily horoscope, and I have Co-star and that’s the easiest way to see my chart,” Engel said.

Co-star is a horoscope app that allows you to type in your birthday and gives you your sign and chart along with a daily update.

Engel also has a book that she likes to read called “The Only Astrology Book You’ll Ever Need.”