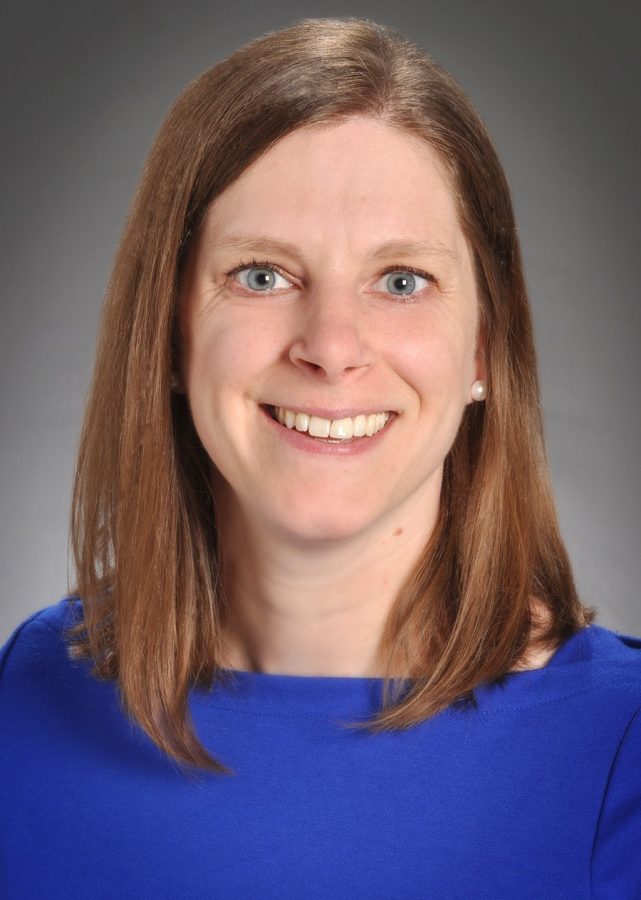 Whenever student athletes were asked about areas that Marquette Athletics needed to address, athletic director Bill Scholl said mental health was always at the top of that list.

The conversation of hiring a mental health professional for Marquette athletes began in early 2019.

“We worked with our partners in University Advancement to help and try to raise some money to fund the position,” Scholl said. “We have a number of donors who (loved) the concept, understood the importance of it to our student athletes and made it possible for us to move even a little more quickly.”

Interviews for the position were conducted in-person prior to the COVID-19 pandemic. However, when Hoff started on April 20, no one was on campus.

“Due to the safety concerns, I am working remotely, which I do believe is in the best interest of student athletes’ health and safety,” Kristin Hoff, the Director for Student-Athlete Mental Health and Performance Services at Marquette, said. “We’ve had to be creative and build opportunities for how to connect with student athletes, as well as coaching staff and other athletic departments. That part has probably been the biggest change when COVID came — just the visibility and not being able to have one-on-one time.”

In the 30-plus years he has been in the business, Scholl said the time, stress and demands on student athletes have changed, and prioritizing mental health has become a topic widely discussed in the collegiate sports industry.

“Sports psychology focuses more on sport culture as well as performance-related concerns,” Hoff said. “The mental side of injury recovery, mental skills to perform more consistently in athletics both in the practice and competition arenas and helping individuals that are experiencing any emotional concerns or developmental concerns that might be impacting their sport performance.”

Hoff did not start her career working in sports — she first spent 10 years working in college counseling centers. The Plymouth, Wisconsin native attended Xavier University, a fellow BIG EAST school, for her bachelor’s degree in psychology, and her master’s and doctorate in clinical psychology. After graduate school, she went back for her Certified Mental Performance Consulting Credential in applied sports psychology at the University of Western States.

It was in graduate school where Hoff had a practicum at the University of Cincinnati and initially realized she wanted to work with collegiate students because it was rewarding.

What initially drew Hoff to Marquette was the fact that it was a Jesuit institution in her home state of Wisconsin, allowing her to be closer to family.

“I really liked the athletic department because of their commitment to their student athlete well-being and mental health,” Hoff said. “I wanted to be in a position where I knew that the department was 100% behind the initiative to address mental health.”

“One counselor isn’t capable of maintaining a list of 330 patients, for example,” Scholl said. “The Counseling Center remains a very important player in terms of the lives of our student athletes. What is critical is that Dr. Hoff and the Counseling Center work together very closely.”

Hoff said both herself and the Counseling Center have similar missions and goals.

“We’re both there to serve students’ needs, mental health and emotional needs,” Hoff said. “The difference is I’m in athletics and I have that little area of specialty when it comes to sport and performance. But ultimately we have the same goal in mind — we want to ensure that Marquette students are feeling healthy and well to be able to do what they’re doing.”

Throughout her time in the field, Hoff said she’s seen more athletes speaking out about their mental health and appreciates when people advocate for mental health. In January 2019, former men’s soccer midfielder Cade Dombroski wrote a guest column for the Marquette Wire that discussed his journey to get to a place where he was comfortable talking to others about his own mental health.

“For the longest time it was this concept of ‘mentally tough’ and what people don’t realize is that mental toughness is really the ability to acknowledge what is happening and to acknowledge your own emotional health and what you need and when you need it,” Hoff said. “It’s much easier to ignore things than it is to actually address them.”

Another mental health initiative that former Marquette women’s lacrosse defender Alex Gambacorta and women’s soccer midfielder Madison Dunker formed in 2017 was Student Health Allies and Peer Educators. SHAPE is a group of athletes who aim to share their mental health stories in order to break the stigma around mental illness.

“The old adage of ‘leave it off the court’ or ‘leave it in the locker room’ isn’t necessarily sufficient,” Hoff said. “We absolutely need to address the student’s holistic well-being so they can be in a position to perform at their best.”

Even professional athletes are involved in these conversations.

Prescott spoke out in a press conference Sept. 10 about the importance of mental health in this day and age.

“(Anyone) can get on social media and be overcome with emotions or be overcome with the thoughts of other people and allow that to fill into their heads when those things aren’t necessarily true, whether it’s getting likes on Instagram or something being viewed or being bullied or whatever it may be,” Prescott said during the press conference. “All of those things can put thoughts into your head about yourself or about your situation in life that aren’t true. … It’s huge to talk, I think it’s huge to get help and it saves lives.”

“It starts some wonderful dialogue about how we can continue to support athletes overall, not only from that physical perspective, but from that emotional mental perspective as well,” Hoff said.

Over the summer Hoff, along with her colleagues in sports performance and sports medicine, put together Wellness Weeks for student athletes.

“Every day we challenged them to do something to promote their wellness, whether it be physical, emotional, cognitive goal setting,” Hoff said.

Now, Hoff is able to meet with them individually or with the respective teams.

“(We) discuss how to manage this constant, chronic uncertainty that we are all in with respect to the pandemic as well as several other current crises that are occurring in our climate right now,” Hoff said.

Not only will Hoff work with student athletes, she will also be aiding coaches and athletics administration with their own mental health. Scholl said Hoff sent out multiple emails to the entire athletics group — players, coaches and administration — with things to be thinking about regarding their own mental health relative to the pandemic, as well as how to best serve student athletes during COVID-19.

“In many ways the timing is very fortuitous,” Scholl said. “There’s no question the pandemic has placed additional stress on all of us. … To have Kristin as another resource that they could rely on during these difficult times, it has been very helpful.”

Scholl said his goal for the position is to lay out the best way to create a situation that’s most advantageous to student athletes.

“This first year my goal is really to build a foundation for the program,” Hoff said. “Developing the appropriate policies and procedures and relationships with other offices on campus, and really identifying how this position can not just build a foundation, but have the potential to grow in the future.”