RUFFOLO: Don’t shame left-leaning Democrats for not voting for Biden 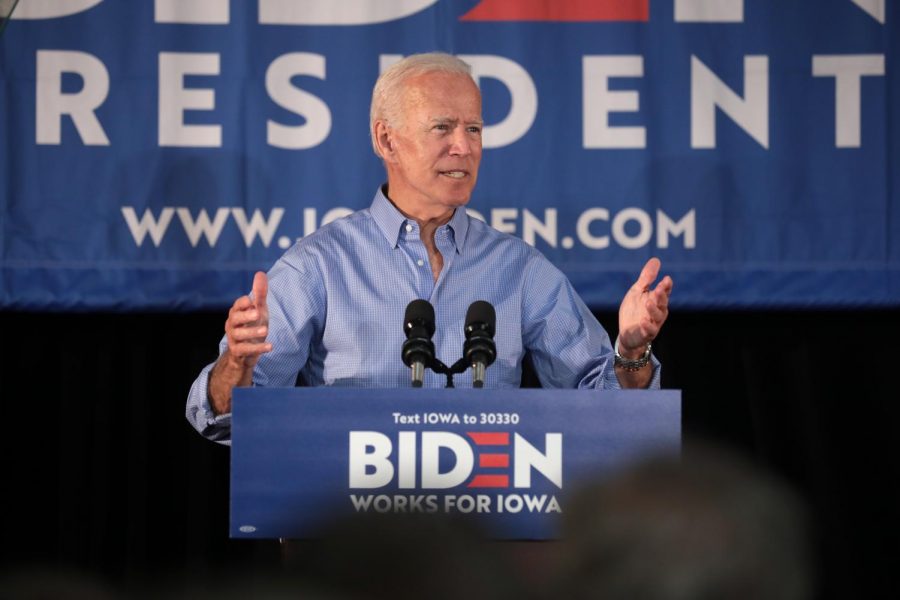 Despite severe politicization in the United States approaching the 2020 presidential election, Democrats should not shame left-leaning individuals for not wanting to vote for Democratic candidate Joe Biden.

After scrolling past yet another “vote blue no matter who” post on Twitter, I sigh. In 2020, the running mantra is that one must vote for Biden or they somehow support President Donald Trump and want to see democracy die.

Before the presidential primaries, Biden’s support base was quite small. Americans identifying as Democrats or leaning-Democrat under the age of 30 preferred the economic radicalism of Senator Bernie Sanders and Senator Elizabeth Warren, according to a Feb. 10 Pew Research Center study.

Even Mayor Pete Buttigieg from Indiana received more hype as he climbed to polls Nov. 2019. But when the primaries narrowed down between Sanders and Biden, it soon became clear that Biden was going to win the race.

Suddenly, support within the Democratic Party shifted to Biden. Celebrities like George Clooney and Jennifer Hudson began sharing their support for Biden through fundraising events. Other celebrities like Billie Eilish and Maggie Rogers spoke or performed at the Democratic National Convention, expressing the urgency and importance of voting for Biden in order to restore the country and get Trump out of office.

Though there is growing support for Biden across the country — with a CBS poll revealing Biden is up 52% compared to Trump’s 42% among voters — his problematic past decisions must be addressed.

Biden facilitated the war on drugs through his Anti-Drug Abuse Act of 1988. This policy, along with the 1994 Crime Bill — that aimed to reduce increasing crime — has had disastrous effects, such as mass incarceration that directly impacted marginalized communities.

In addition, Biden’s recent sexual accusations were not treated seriously. Many initial supporters of the #MeToo movement turned a blind eye or made empty statements when Biden was accused. This hypocrisy highlighted the commitment to political parties, rather than the commitment to ethical and moral behavior. Additionally, Biden’s somewhat predatory behaviors, such as being touchy with women, has also left a bad taste in people’s mouths.

Moreover, Biden has made insensitive and careless comments. This May, for example, he suggested that Black people are not Black if they do not vote for him. He also claimed last summer that poor kids are “just as bright and talented as white kids.” These comments make it seem that Biden promotes the idea that minorities are apart of a monolithic group that all vote and act the same way.

Those supporting Biden may not agree with all of his past decisions, but many are afraid that Trump will be re-elected for another term.

Democrats leaning further left are unimpressed and unsatisfied with Biden as the Democrat presidential candidate. Many left-leaning Americans may vote liberal, or blue, because they want economic equality, “Medicare for All,” an end to international conflict, and social and racial justice. They may not vote for Biden because he does not align with or support their values, and they do not want to compromise their own by voting for him. And that is okay. They are not somehow voting for or supporting Trump by not voting for Biden.

Instead of insulting people for not voting for a candidate that made several problematic decisions, it is important to recognize that voting is not the only way to be politically active in the U.S. Left-leaning Democrats not wishing to vote for either Biden or Trump can still be involved through protesting, joining a campaign and contacting legislators and politicians.

Though voting is a large topic of current discussion, political involvement is important in all areas, and those choosing not to vote should not be shamed for their decision.