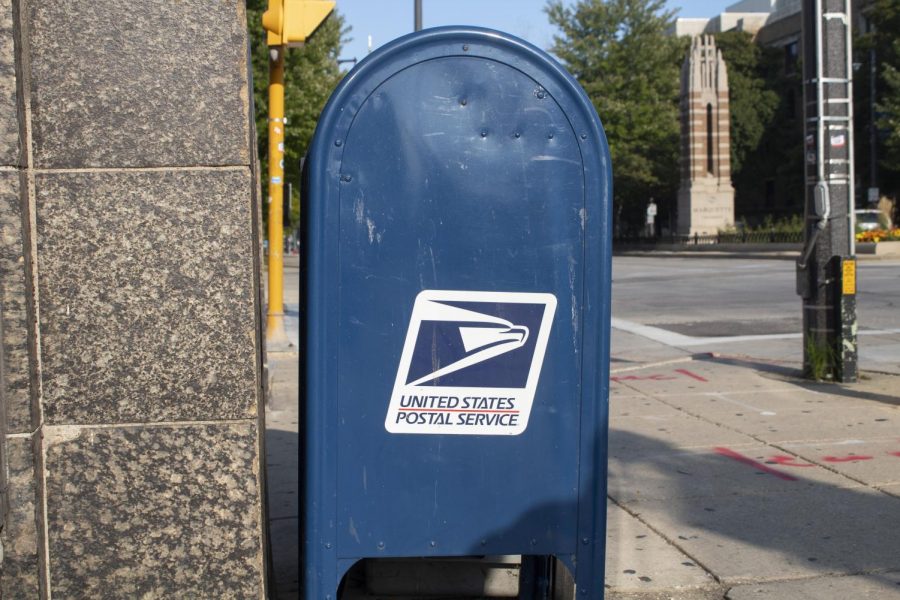 The USPS is in danger of being defunded.

Despite the United States Postal Service system being essential to maintaining strong relationships with loved ones, it is currently in danger of being defunded.

During quarantine, I realized just how much USPS plays a vital role in my life. I spent an entire two months without seeing my partner, who I started a long distance relationship with a few months prior to quarantine. I feared for the strength of our relationship with only virtual interactions.

However, after some inspiration from Virginia Woolf and Vita Sackville-West’s sapphic love letters, my partner and I began to send each other letters, usually accompanied by small items or photos.

I’ve kept every single one, along with the various flower seed packets, drawings and tea bags she’s tucked into each envelope. These physical reminders of her comfort me during the times we have to spend apart.

None of this could have happened without USPS, an institution which is now being defunded.

According to CNN, issues with USPS have existed for more than a decade, since a 2006 congressional act required it to fund retiree health benefits 50 years into the future, “something no other business or government entity has to do.” The Trump administration perpetuates this pre-existing problem.

Postmaster General Louis DeJoy has been making major cuts to the agency, such as cutting overtime and limiting post office hours, since being appointed to the position in June, according to NPR. It is important to note that DeJoy is also a major Republican donor, so his actions come from a place of self-interest.

The wealthy and powerful people in this country who have significant control of politics feel threatened by mail-in ballots and have latched on to defunding USPS as a way to prevent a fair election.

Though a lack of access to voting and voting restrictions has been an issue for certain populations for some time, such as those who work on Election Day or cannot get to polling places, the increase in demand for mail-in ballots due to the COVID-19 pandemic has caused Trump to pushback. He has  threatened taking legal actions against states that issue statewide mail-in ballot voting and claimed Americans are committing voter fraud by voting absentee because he is afraid of losing the upcoming presidential election.

With the U.S. holding and valuing the right to vote in our democracy, potential delays in USPS services due to cuts in funding could interfere with the presidential election, and therefore a foundational aspect of our democracy. Votes may also go unaccounted for, which could cause an election to occur without a true representation of the public’s opinion.

It is despicable to defund USPS during a pandemic, not only because of mail-in ballots, but also because now more than ever, we depend on mail to deliver necessary items such as prescription pills and Social Security checks.

According to CNBC, an elderly resident of rural Oregon waited over nine days to receive his life-saving medication for blood clots. In the two years he’s been taking them, he had never experienced delays before.

His story is just one of many, and it seems almost certain that deaths will result from this defunding. This move by far-right Republicans shows a blatant disregard for Americans’ lives and well-being.

Like many others, I once considered mail a dying mode of communication, but what I failed to realize is how it serves a function far beyond mailing consumer items or letters.

Personally, I use USPS not just to connect with my significant other, but also to mail orders for my mini-online thrift store, connect with internet friends and to contact family members who live in rural areas. Even as the digital age continues to develop, USPS is far from obsolete.

Younger generations need to speak out against this issue that will deeply affect oppressed groups such as the elderly, chronically ill and lower-to middle-class rural citizens. Doing as little as buying a sheet of stamps can make an impact, and there’s even a post office on Marquette’s campus in the lower level of the Alumni Memorial Union.

I’ve been there semi-regularly to mail things to my partner, parents and friends back home. There’s never a line, which I’m always grateful for. Now, though, I’d rather see a line out the AMU’s doors because saving the USPS should become a top priority for all.