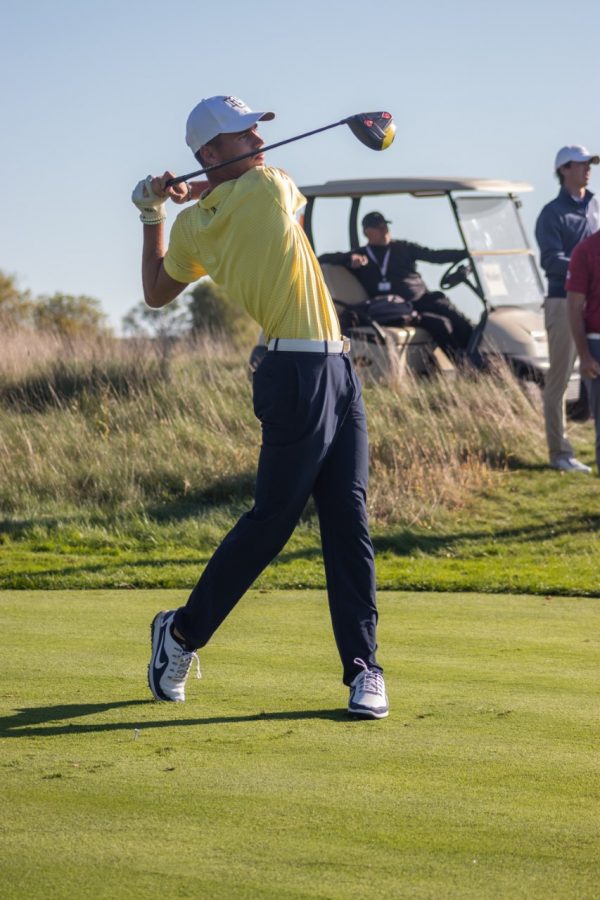 When redshirt junior golfer Hunter Eichhorn reflected on his journey to Marquette, he said he has only one person to thank: head coach Steve Bailey.

“I was playing in the junior events in Wisconsin and that is where coach found me, and through that I ended up visiting here, the main reason I am here is because of coach,” Eichhorn said.

Bailey first encountered Eichhorn at a junior event in Milwaukee and said he has enjoyed watching the player he met as a freshman turn into the leader Eichhorn is today.

“Hunter is very unique, he has been an accomplished player, he is like a son to me,” Bailey said.

While the COVID-19 pandemic may seem unfortunate to most, Eichhorn said it is not that bad.

“It’s unfortunate the season is cancelled. Overall, it can benefit us.” Eichhorn said. “It is all a matter of perspective.”

While at Marquette, Eichhorn has had many great accomplishments. He won the 2017 Price’s Give ‘Em Five Invitational, the 2018 BIG EAST Men’s Golf Championship, the 2019 Windon Memorial Classic and the 2019 Marquette Intercollegiate at Erin Hills.

Bailey said he has many fond memories and stories with Eichhorn, but there is one in particular that stands out.

“We were in Texas, and I am walking with Hunter, and we had a rough stretch of a couple of holes,” Bailey said. “While we were walking to the next tee box, Hunter starts freaking out because his phone was making this weird noise. He looked down at it and it was calling the emergency number and while he is telling me this, sirens are going off in the background. Hunter is lost for words thinking the cops are going to come to the tee. So I took his phone and called 911 to tell them everything was okay.”

While Eichhorn’s will only have one more season on the Marquette golf team, he has plans to continue playing golf.