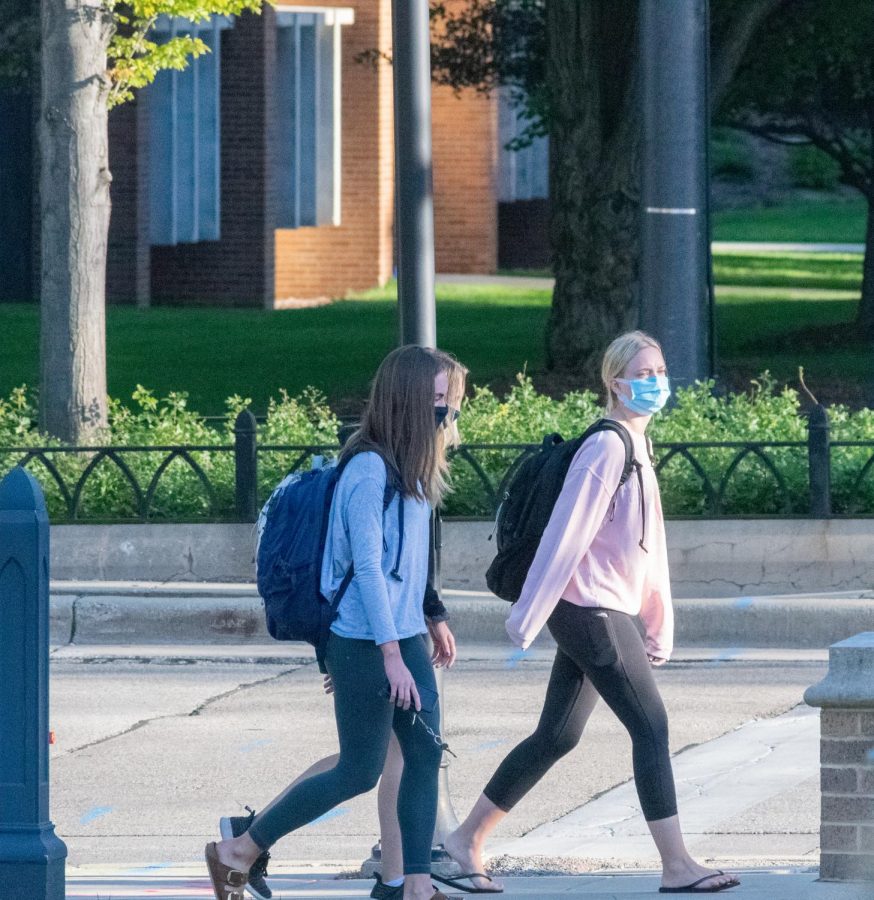 Students return to campus for the start of a new school year.

The first week of classes at Marquette has finished, which also marks the end of syllabus week, commonly known as “sylly week.” This is the week where professors hand out syllabi and go over what the semester will look like. For many students, it can be a week of fewer responsibilities before all the assignments start to kick in.

Isabella Serafino, a junior in the College of Health Sciences, reflected on her syllabus week and said she felt more stressed this year than in previous years.

“My first year it was nice because it was just an entire week of nothing and now I’m stressed,” she said. “I already had homework due for classes already and I didn’t even know … there’s so much more and professors are like ‘you’ve already been through this so we’ll just throw things at you right away,’” Serafino said.

Serafino also said she is taking classes where the student population is a mix of first-years and upperclassmen, and professors tried to take more time on the syllabi. Serafino said she thinks this week is overwhelming because of everything she has to get done.

Serafino said she looks at it like as we get older, “sylly” week isn’t so “sylly” anymore.

Ellie Marino, a senior in the College of Arts & Sciences, said she thinks this years’ syllabus week was actually the easiest one she’s had.

“I feel like it’s gotten easier (in these classes) because I know what to expect,” Marino said. “I feel like the professors are more relaxed and more easy going with us.”

Marino said she is taking this week to celebrate the last fall syllabus week with her roommates, specifically because it feels nostalgic from all her years of school.

Though she said this syllabus week is easier, she still has professors that jump right in. Marino said she thinks this week is an important transition for students.

“It sets the tone and it’s a good opportunity to transition back,” Marino said. “However, I don’t feel like I’ve had a syllabus week since my professors just jump right in.”

Arianna Drechsler, a sophomore in the College of Arts & Sciences, said this week has always been a time to get prepared.

“(It’s) a lot of time to get my routine down, get my classes organized and Google Calendar updated,” Drechsler said.

Drechsler said she specifically remembers hanging out with friends every day of syllabus week, especially those she met as a first-year student.

Drechsler said she has seen her friends this past week, but amidst the pandemic, they have been in smaller groups and outside.

“I would say (I’m) less stressed because I have done it one time so I knew which systems work for me,” Drechsler said.

For first-year students who just completed their first syllabus week, Serafino said it is important to get organized, even though it is tempting to go out and socialize.

Marino also said her biggest piece of advice following syllabus week is for students to trust themselves, especially academically, as she was very doubtful in the beginning of her first year.