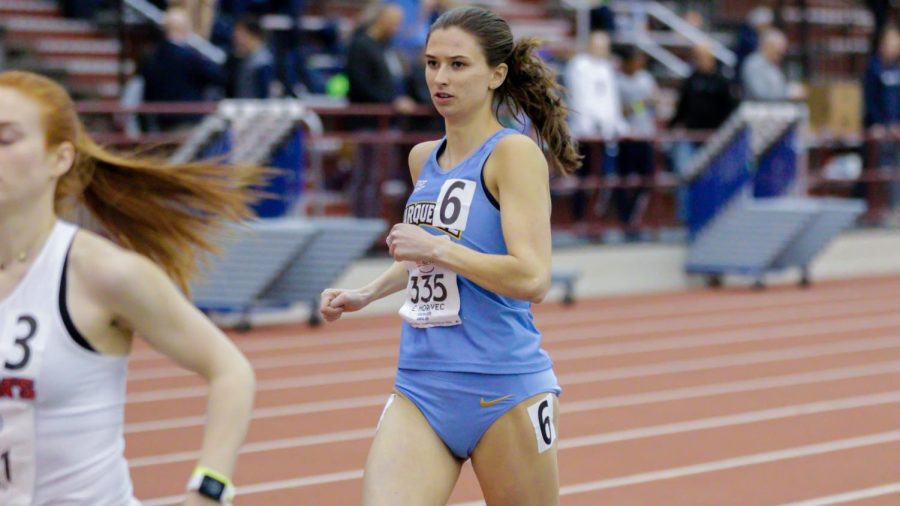 “I can’t say I wasn’t expecting the decision, but ultimately I believe it’s the best for everyone,” Marquette women’s cross country senior Emma Moravec said.

This reaction was common among many seniors whose last seasons are now in jeopardy. Moravec is one of three seniors on the women’s team that must now wait to see if she will have a cross country season in her last year at Marquette.

On the men’s side, the Golden Eagles have five seniors on the roster who were poised to build off of last year, where the team finished fourth at the BIG EAST Championships, tying the team’s best-ever finish.

“We had a lot of goals for the upcoming season, so it was very disappointing to hear about the news, but there are a lot of other things that are more important right now which includes keeping us safe,” Marquette men’s cross country senior Danny Peterson said.

Peterson was set to be one of Marquette’s top returners and leaders for the 2020 season after last season’s team saw five seniors graduate.

“The silver lining is that I’m still able to run after college for fun if we end up not having a season,” Peterson said.

Seniors Paolo Tiongson is trying to look at the positive side throughout times like these.

“I was very sad to hear the news, but there’s nothing you can do,” Tiongson said. “I’m just trying to look at the positive side as things could be worse, but right now I’m still working out with a few of my teammates as we’re looking forward to a hopeful season in the spring.”

According to early reports, the BIG EAST is planning to hopefully play all fall sports in the spring of 2021, which could be difficult for athletes who participate in both the cross country and track programs as the seasons may overlap.

“I would love to see a season for us in the spring, but I could see a lot of issues that would eventually come up with that,” Marquette head cross country coach Sean Birren said. “I would love to see my team compete in the spring, but then you’re getting to the point where they’re competing too much, which could result in injuries, so there’s still a lot to be worked on.”

Although having a cross country season in the spring looks good in theory because they can compete outside, the problem is that indoor track season is scheduled around the same time, which would cause a lot of athletes to compete in two different seasons very close to each other.

“Ultimately, I’m still hoping for a spring competition, but in the event that we are not given one, I am really grateful for everything at Marquette so far,” Moravec said.

While the team is prohibited from practicing together at the moment, Birren is still having his athletes work out on their own in the hopes of getting ready for a potential season in the spring.

“Our team is motivated to keep running and getting back to competing as soon as possible,” Birren said. “I tell them to take advantage of every day they’re given. I would love to see my team compete in the spring, but then you’re getting to the point where they’re competing too much which could result in injuries, so there’s still a lot to be worked on.”

Last year the NCAA granted spring sport athletes another year of eligibility due to their seasons’ cancellations because of the COVID-19 pandemic, which raises the question if the NCAA will follow the same path for fall athletes if fall sports are not able to resume.

Many seniors may already have their plans for graduating next year, but for those who are still undecided and are given an extra year of eligibility, it could change their initial decision.

“It would be a great offer for all fall sport athletes if they were given the opportunity to have an extra year of eligibility,” Moravec said.

Tiongson said everyone deserves another year.

“I would certainly look at coming back being a fifth-year if I was given the choice,” Tiongson said.