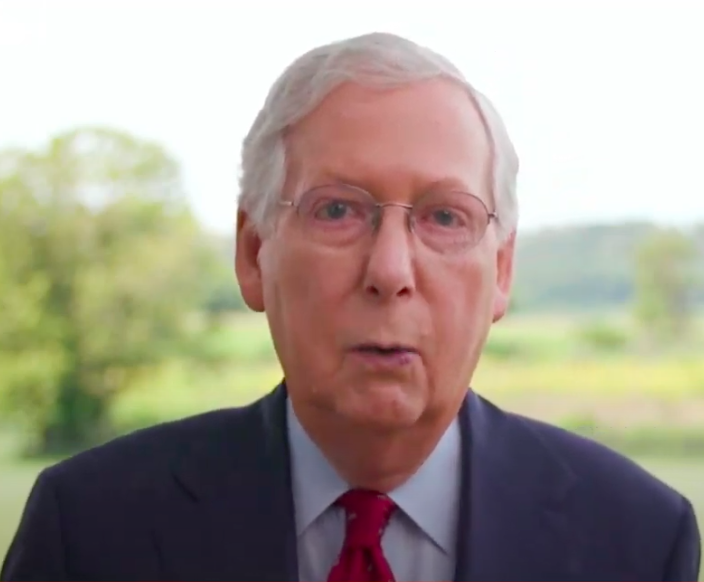 Mitch McConnell speaks on the final night of the Republican National Convention. Screenshot from DNC livestream.

“It’s my responsibility to look out for middle America,” McConnell said.

“President Trump knows he inherited the first generation of Americans who couldn’t promise their children a better life than their own,” he said. “He’s made sit the mission of this administration to change that.”

McConnell said the Democratic Party would prefer those in middle America to “keep quiet” and intend on taking away Constitutional rights.

“I’m immensely proud of the work the Republican Senate has done,” he said. “We are the firewall against Nancy Pelosi’s agenda.”