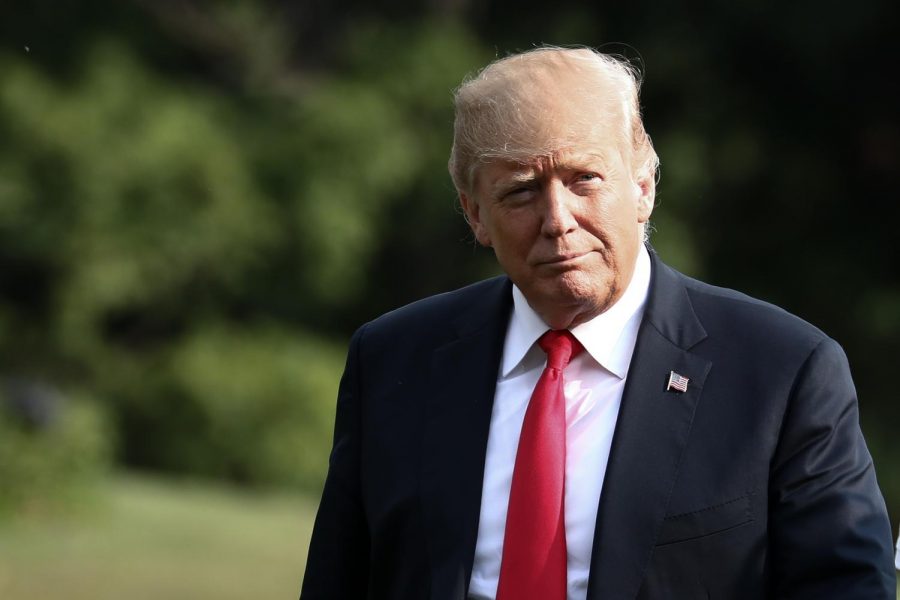 Talking about the economy, mail-in ballots and unemployment rates, Trump thanked the people of North Carolina, the place where he accepted the nomination.

Trump discussed the novel coronavirus and how Vice President Mike Pence and the White House task force has worked together to try to stop the spread.

“There’s never been a person that needed a ventilator that didn’t get a ventilator,” Trump said at the rally Monday.

Trump also discussed being present at a convention, as Democratic presidential nominee Joe Biden did not accept his nomination in person, rather he opted for a speech in his home state of Delaware to limit travel during the pandemic. Trump talked about the difficulties he had encountered with setting up the RNC, as North Carolina is not allowing large gatherings.

Trump said he has a 51% rating in the Raumussen poll. He then talked further about mail-in ballots and the state of the election.

“The only way they can take this election away from us is if this is a rigged election. We’re going to win this election,” he said.

“(Sanders) would have had a base, a much smaller base than ours, but equally, I have to say this, equally as enthusiastic,” Trump said.

Trump said Biden does not have that kind of support.

Later, Trump mentioned his protection of second amendment rights as well as claiming that he has cut drug prices for the first time in 51 years through a “favored nations clause.”

“That we signed a favorite nations clause and a rebate clause, and your numbers are going to come down 60, 70%. And I hope you remember that on November 3rd, because nobody but me would ever do it,” he said.

In his second term, he said that he would continue to build the military.

Furthermore, Trump also said he has done more, historically, for Black colleges and universities by getting long term financing and funding.

To conclude his hour long speech, Trump talked about NASA and the plan of landing on Mars.

“It’s going to be a year of tremendous success,” Trump said.