Father of Parkland victim speaks out at Republican National Convention 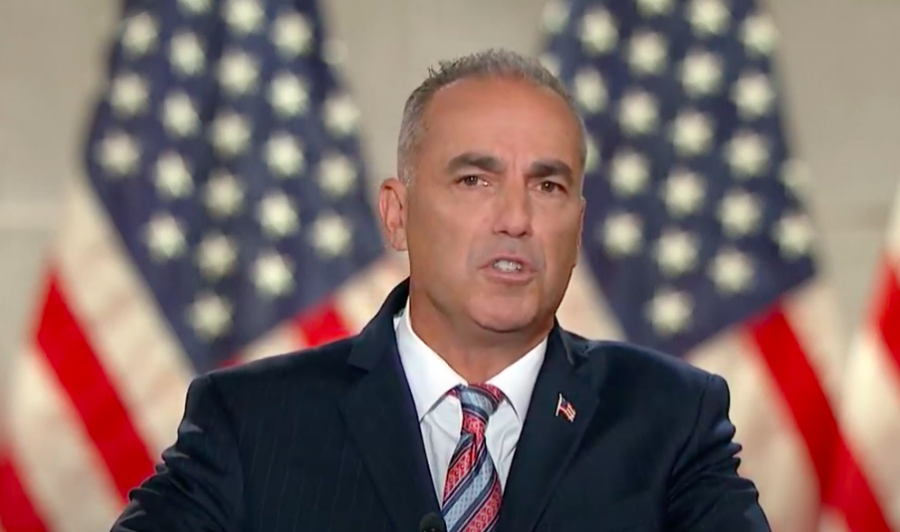 Andrew Pollack speaks about his daughter and speaking with President Donald Trump at Republican National Convention. Screenshot from RNC livestream.

Andrew Pollack spoke in support of President Donald Trump on the first night of the Republican National Convention. He was the 13th speaker of the night.

Pollack is the father of Meadow Pollack, a victim in the shooting at Marjory Stoneman Douglas High School in Parkland, Florida.

He said his daughter, months away from graduation, had a whole life ahead of her and could have done and been anything.

Pollack said he never wanted his loss to turn into a political spectacle.

“I was invited to the White House. Truth is, I had just buried my daughter that week. I really wasn’t interested in public events like a tour or a photo op,” he said. “I was interested in answers and solutions. So if the president wanted to meet me personally, I said I’d go.”

President Trump sat with the Pollacks in the Oval Office, Pollack said. “I told him that his administration needed to take a closer look at what went wrong and why. And I got to see who President Trump really is: He’s a good man and a great listener; and he cuts through the BS.”

Pollack then said the president delivered on what he said he would do by taking action.

“(Donald Trump) formed a school safety commission that issued dozens of recommendations to make schools safer,” he said. “But I’ll bet you never heard about that. Instead, the media turned my daughter’s murder into a coordinated attack on President Trump, Republicans, and our Second Amendment.”

The Trump administration’s immediate actions listed tighter background checks and “hardening” — providing firearms training to school personnel — as some of its primary goals.

Secretary of Education Betsy DeVos also emphasized in a budget request for her department Jun. 5, 2018 a “(need) to come together to address the underlying issues that create a culture of violence.”

“Schools must have the resources they need to improve safety infrastructure, hire more counselors, and host more programs and activities aimed at violence prevention,” DeVos said. “We owe the victims of school violence nothing less.”

Pollack echoed this sentiment. “I learned that gun control laws didn’t fail my daughter, people did,” he said.

“I truly believe the safety of our kids depends on whether this man is reelected,” he said. “Mr. President, myself and millions of Americans appreciate you and love you. God bless America and God bless our President Donald J. Trump.”

This story was written by Ryan Hagan. He can be reached at ryan.hagan@marquette.edu.