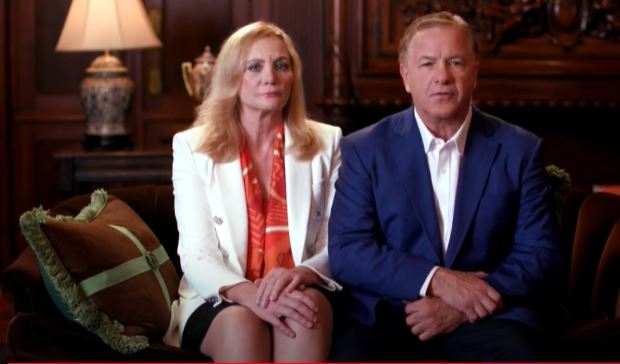 Mark and Patricia McCloskey were among the speakers headlining the Republican National Convention Monday night.

The St. Louis couple made headlines in late June after photos of them circulated online of them holding guns on their front lawn after a Black Lives Matter protest marched in their neighborhood. The two were charged with unlawful use of a weapon.

Mark said he was the “victim of a Mob.”

“America is such a great country that not only do you have the right to own a gun, use it to defend yourself, but thousands of Americans will offer you free advice on how to use it,” Patricia said. “What you saw happen to us, could easily happen to any of you watching from quiet neighborhoods.”

The two spoke against the “defund the police” movement, which is a movement that calls for the removal of funds from police forces and allocating them into other systems, such as healthcare or education.

“It seems as if the Democrats no longer view the government’s job as protecting honest citizens from criminals,” Mark said.

The McCloskeys said they supported Trump’s mission for the country.