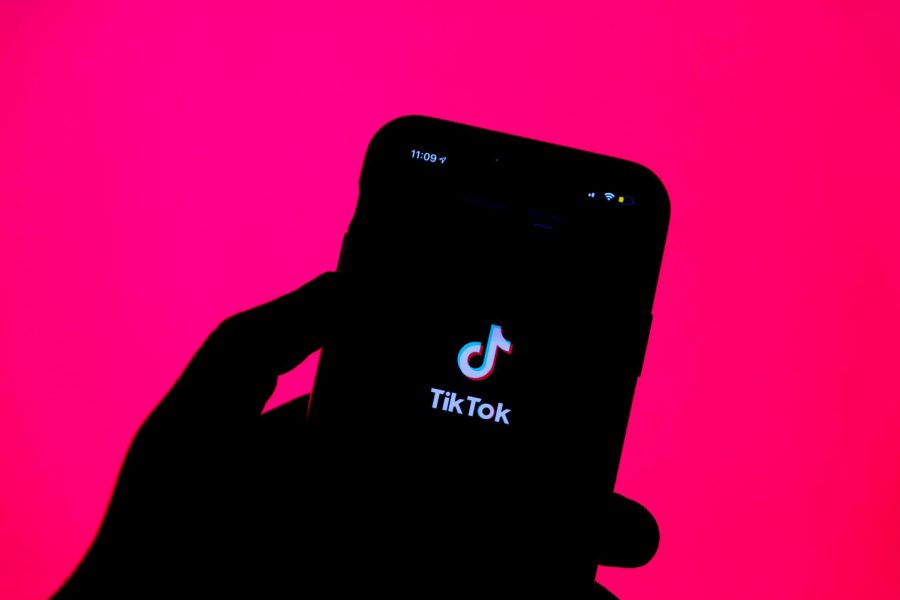 In June 2020, I finally downloaded TikTok, a popular social media app where users can upload short videos. In and of itself, this wasn’t very monumentous, but I had no clue what would be coming next.

I made a few videos and never expected anyone besides me and my friends to watch them.

However, this changed when I made a video making fun of my old outfits from when I first came out as a lesbian. In retrospect, they weren’t awful. I sort of just looked like a little boy, kind of like one of the kids from the new “It” movies. Lots of polos and overalls, and of course a pixie cut parted down the middle to match.

I woke up the day after making it to a couple thousand views, and quickly garnered almost 300,000 views over the next month.

Although my moment in the spotlight was exciting, I almost regretted making the video in the first place. In addition to many comments laughing along with me — my favorite comment said that I just looked like Michael Cera in every outfit — many said that they didn’t think my outfits were bad, or that they themselves dressed like I did.

I replied to a few stating that, “this look isn’t a bad look, it’s just not MY look, you know?” Which is true now, but back then I was 100% dressing authentically.

Through this experience, I came to wonder how fair it is to judge one’s past self, and if that even counts as self-deprecating humor. In a wider sense, I wondered whether this type of humor had a deeper effect on my self-esteem than I thought.

It’s easy to brush off this issue by claiming self-deprecating humor is a coping mechanism, similarly to how many young people use humor to cope with distressing world events. While the latter may help us process those events better, making fun of our own insecurities or personality traits only pushes us further into self-hatred. There’s no processing or growth happening, only cover-ups for larger personal issues.

According to Affinity Magazine, an online mental health magazine, we internalize everything we say, whether or not we really mean it. A hyperbolic negative comment about oneself is reflective of one’s self-esteem, even if the speaker knows that their comment was untrue.

Although I’ve never really hated how I’ve dressed, constantly belittling who I used to be caused me to resent my past self, and in turn, caused me to have less confidence about my current self-expression.

People, especially teenagers, have a habit of discarding and resenting their “old selves” and then call that growth. True growth comes from forgiving past mistakes and treating all versions of oneself with compassion and love. Sure, I may have dressed a little silly in the past, but was I a good person? I tried to be, and that’s the part of my character I should focus on.

Slowly, I’ve been trying to be more aware of the language I use when talking about myself or situations I’m in. When describing my own cognitive lapses such as memory loss or concentration issues, I often write it off to others as, “I’m just a little dumb, that’s all.”

In an interview with Elle, psychologist Ros Taylor says self-deprecation is something we do to lower people’s expectations of us in fear of embarrassment or failure. I tell people I’m just “spacey” or a “typical dumb blonde” because I hope it will save me from humiliation when I inevitably act like that.

According to the same Elle article, the people who suffer the most from this are those with already low self-esteem or other mental health issues. This can be especially dangerous for  marginalized people who are constantly being put down by society in the first place.

Marginalized groups are heavily discouraged to not play into stereotypes, especially by each other. Confident black women are told they’re “aggressive” or “impolite,” confident LGBT people are told we’re “rubbing it in people’s faces,” and those are just two examples out of many. When the whole world is telling minitories we’re “too much,” of course we’re going to try to prove them wrong.

A great way to combat this is finding a community that seeks to uplift marginalized identities. Online communities and accounts are a good place to start if in-person options are intimidating or unavailable. A piece of getting past negative self-talk is surrounding oneself with supportive people as well as telling others to not use that language themselves.

Another part of understanding self-deprecating humor is being conscious of what content we consume. This type of humor is everywhere, especially within TV shows and stand-up comedy. Online creators such as YouTubers are especially guilty of this, which is evident in the “roast yourself challenge” that was popular in 2016.

More recently on TikTok, I’ve seen dozens of videos where teenagers criticize their side-profile, their body type and other features. I wasn’t even entirely aware of my side-profile until then, and I had a moment of “wait, is this something I’m supposed to be insecure about?”

Once misogynistic “I hate my wife” jokes along with other bigoted jokes became rightfully unpopular, comedy shifted to include much more self-deprecating humor.

It’s difficult to avoid. We can’t control what writers put into the media we consume or what sort of meme is popular this week. However, we can at least try to be mindful about the way we talk about ourselves. A way to combat negative self talk while still being able to crack jokes comes in the form of self-glorifying humor.

So the next time you feel the urge to say something negative after something embarrassing happens, slap on a huge smile and say, “Actually, I’m very cool. Beyoncé wants what I have.” Trust me, it works wonders.