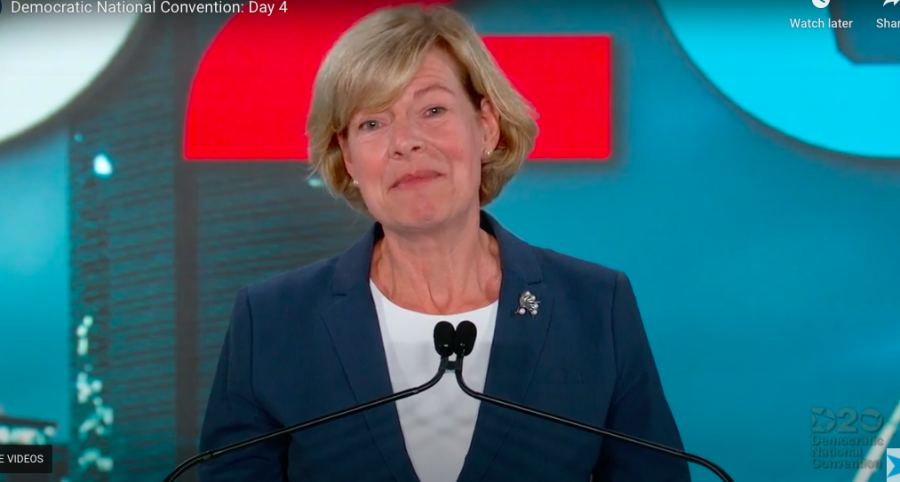 Sen. Tammy Baldwin talked about her personal story with healthcare on the final night of the Democratic National Convention.

Wisconsin Senator Tammy Baldwin told her story of being hospitalized after she got sick when she was nine years old on the third night of the Democratic National Convention.

Because of extenuating circumstances though, her grandparents were forced to pay out of pocket for a three-month hospital stay. When she recovered, Baldwin said insurance refused to cover her, labeling her with a pre-existing condition.

“We all have stories like this,” Baldwin said. “Stories about a time when the system was rigged against us. When we were counted out, left out, pushed out.”

In the midst of the pandemic, Baldwin said health care professionals are without the protective care they need. As air quality worsens, so will the health of those with asthma, but these workers are afraid of losing their jobs.

Baldwin said many Americans want the same things: grid schools, racial justice, the freedom to love, dignity in their work, and “an economy where small businesses and working families thrive.” And now, to be COVID-free.

Baldwin said this is why she and the rest of the American public must support Joe Biden and Kamala Harris.

“Here in Wisconsin, our state motto is just one word: ‘Forward,’” Baldwin said. “This November, let’s move forward and never look back.”