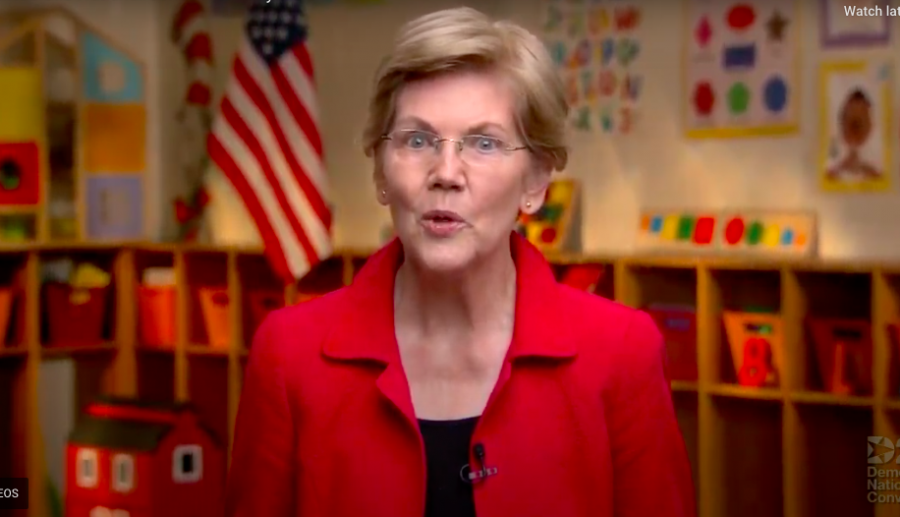 Warren was a primary candidate for the democratic nominee before dropping out in March.

“We build infrastructure like roads, bridges and communications systems so that people can work,” Warren said. “That infrastructure helps us all because it keeps our economy going. It’s time to recognize that childcare is part of the basic infrastructure of this nation — it’s infrastructure for families.”

Warren said her biggest dream as a child was to be a teacher, but it became very difficult when she had kids. She felt she had to quit her job to take care of her children, but eventually her aunt helped her. She said that that shows the current issues with childcare in the United States.

Warren was previously a primary candidate for president. She dropped out of the race in early March.

Warren also said that COVID-19 was a major test for President Donald Trump and he failed.

“This crisis is bad — and didn’t have to be this way,” Warren said. “This crisis is on Donald Trump and the Republicans who enable him. On November 3, we hold them all accountable.”

She then encouraged voters to stay in the fight in order to change the country for better.

“We stay in this fight so that when our children and our grandchildren ask what we did during this dark chapter in our nation’s history, we will be able to look them squarely in the eye and say: we organized, we persisted, and we changed America,” Warren said.

Her speech was followed by former President Barack Obama.