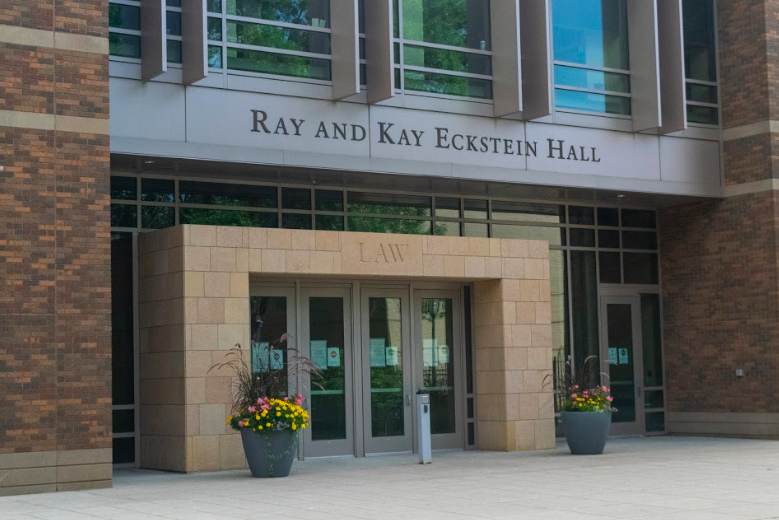 The policy — referred to as “interim” by the Title IX policy task force to anticipate further changes — was created to comply with the new national guidelines.

Previously, the university utilized a single-investigator model which involved a single Title IX coordinator from start to finish. The investigator interviews involved parties and reports findings and any sanctions to be issued.

Institutions are also required to choose between two standards of evidence to apply to proceedings. The first, preponderance of the evidence, requires that the chance a claim is true is greater than 50%. The second is the clear and convincing standard, which requires evidence to be substantially more probable to be true than untrue.

Despite other changes, Marquette will continue to maintain the use of preponderance of evidence, the number of mandatory reporters on campus and continue to broadly define sexual harassment and sex discrimination.

To comply with these guidelines, Marquette will now implement a hearing process  to address conduct, as well as a “prompt and equitable process,” to address “sexually harassing and discriminatory” conduct that falls outside of Title IX guidelines.

DeVos’ new rules allow for new protections that “safeguards the rights of all students, including the right to due process,” according to the U.S. Department of Education. However, some organizations such as Know Your IX, have expressed worry.

Know Your IX is a survivor and youth-led project that “aims to empower students to end sexual and dating violence in their schools,” according to its website.

Students have also taken concern with the new rules. One student, who asked to remain anonymous because of her experience with the Title IX process, said she was “shocked” when she heard.

“I think overall the new rules … do not help the survivors,” she said. “There is a reason Marquette has taken Title IX cases so seriously, because they are serious offenses. The new rules, to me, seem to ease up on the perpetrator and do not hold them accountable for their actions.”

She said if she had ever had to attend a hearing with her perpetrator present, she would have never reported the incident in the first place.

“The larger audience of the hearing is something that would have deterred me. In my case, I appreciated only having the Title IX person to talk to instead of so many others,” she said.

Although hearings are required, Marquette is allowing for both parties to be in separate rooms, Title IX coordinator Kristin Kreple said.

“They would never cross paths,” Kreple said. “We can kind of shield the impacted person from engaging with the respondent. And I think that that’s a good way to try to keep the trauma to a minimum.”

Outside of the five specific behaviors however, Marquette will continue to use its single-investigator model, Kreple said. She also said there is a lot more flexibility for resolving matters informally.

“I’m very open to doing that in situations that are appropriate,” Kreple said. “We are exploring mediation, maybe some restorative justice and any other kind of informal resolutions … (students) don’t have to go through the formal hearing process if they’re not comfortable doing so.”

Restorative justice is the meeting between a victim and an offender to resolve a conflict.

“Marquette is committed to addressing sexual harassment and sex discrimination in a way that reflects the university’s mission and preserves the dignity of our community members,” Provost Kimo Ah Yun said in the news release. “The task force unpacked the new federal regulations and determined how to not only comply with them, but also reflect the university’s commitment to a safe and equitable campus. We anticipate the policy will continue to evolve and we look forward to receiving feedback from the community.”

Kreple said she is worried the new rules will have a “chilling effect on students.”

“It’s really important to me that everyone (in) our campus community feels supported by Title IX, to feel like we’re an option for them,” she said. “I approached our policies with the goal of trying to create avenues for folks to engage with us that weren’t there before to try to combat that potential chilling effect.”

While the anonymous student has doubts about DeVos’ rules, she said she commends Marquette for keeping their policy largely the same.

“I think that although changes were made by DeVos, and they are not good changes in my opinions, Marquette seems to be doing what they can to keep things the same,” she said. “There are some things they need to change, which I understand. It is not to their control. Which is something I think students need to recognize. We cannot blame Marquette for implementing what DeVos changed.”
The student offered advice for those who might be considering filing a Title IX case.
“The people in the office are so kind and want to help. They are in your corner,” she said.
Kreple said students are welcome to come to her and the Title IX office for supportive services when feeling unsafe.