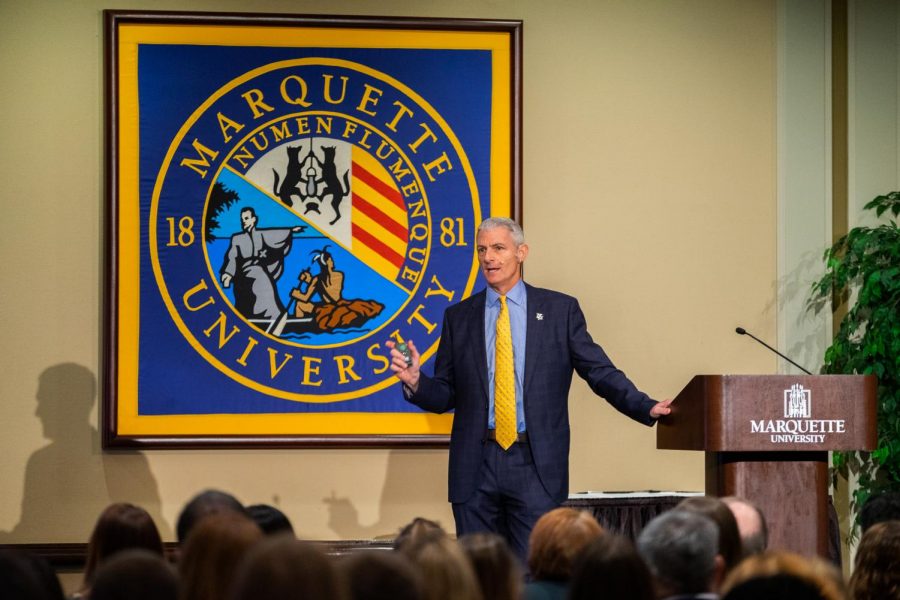 President Lovell announced the co-chairs of the Commission on Racial Equity.

University President Michael Lovell announced the co-chairs for the Commission on Racial Equity, according to a university news release.

Howard Fuller, founder and director of the Institute for the Transformation of Learning and a recently retired professor of education at Marquette, and Kristine Rappé, trustee emerita and retired senior vice president and chief administrative officer at Wisconsin Energy Corporation, will be chairing the commission which Lovell announced in the Racial Injustice Town Hall June 17.

“(CORE) will be action oriented and focus on structural changes to combat six racism and inequities at Marquette and in Milwaukee,” Lovell said at the town hall. “The commission will report to me and look at issues such as hiring policies, campus climate improvements, retention needs — and many other topics.”

According to the news release, about 250 people applied to be a part of the commission and demonstrated their desire to help address injustices at Marquette.

“To ensure progress, we will have quarterly reporting, yearly tracking and an external evaluation after three years,” Lovell said at the town hall. “It will build on the legacy of EOP and build on existing programs at Marquette and in our community.”

The release said that the commission will start working this month on an internal assessment.

“After several meetings I’ve had with Howard and Kris over the past few weeks, I know they are both eager to begin the tough and necessary work needed for CORE’s success,” President Lovell said in the news release. “With coordination from Dr. William Welburn, vice president for inclusive excellence, a team has already begun an assessment of existing internal studies, reports and progress at Marquette dating back to 2008, which will help inform CORE’s mission, objectives and membership structure.”