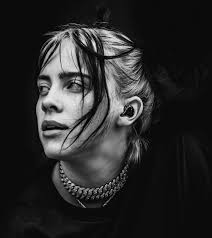 Eilish, American singer-songwriter, released her single "my future" on July 30. The single was co-written with her brother, Finneas O'Connell.

“Just wanna get to know myself,” Billie Eilish sings in her most recent track, “my future,” released on July 30th. This is her first single since the release of her James Bond theme “No Time to Die” in February 2020.

“my future” opens with the singer’s haunting vocals and simple but rich synth accompaniment. The opening is slow and soulful and highlights Eilish’s renowned vocal abilities. As the second verse begins, percussion, bass, and rhythmic guitar are added to the track, and the tempo increases. Despite the stylistic changes, Eilish’s message remains clear throughout the song. She sings of how she doesn’t need a romantic partner, and though she is at times tempted to find love, such as in the lines: “I’d like to be your answer/‘Cause you’re so handsome”.

However, she is more focused on herself and her future (e.g. But I, I’m in love/With my future). Eilish has been known to switch her musical style from track to track, and this single is certainly distinct from other work, such as the bass-heavy hit “bad guy,” and other tracks from her most recent album, WHEN WE FALL ASLEEP, WHERE DO WE GO?, released in March of 2019.

Though the singer has not disclosed the release date of her next album, she has stated in interviews that she does not expect to finish it this year. As a new album is still in the creative process fans anticipate a few exciting collaborations in the future. Spanish singer-songwriter Rosalía has confirmed on Twitter that she and Eilish are working on a song together, and it is also speculated that Eilish may collaborate with Grammy award-winning rapper Tyler the Creator, as the two have mutually expressed admiration in the past.