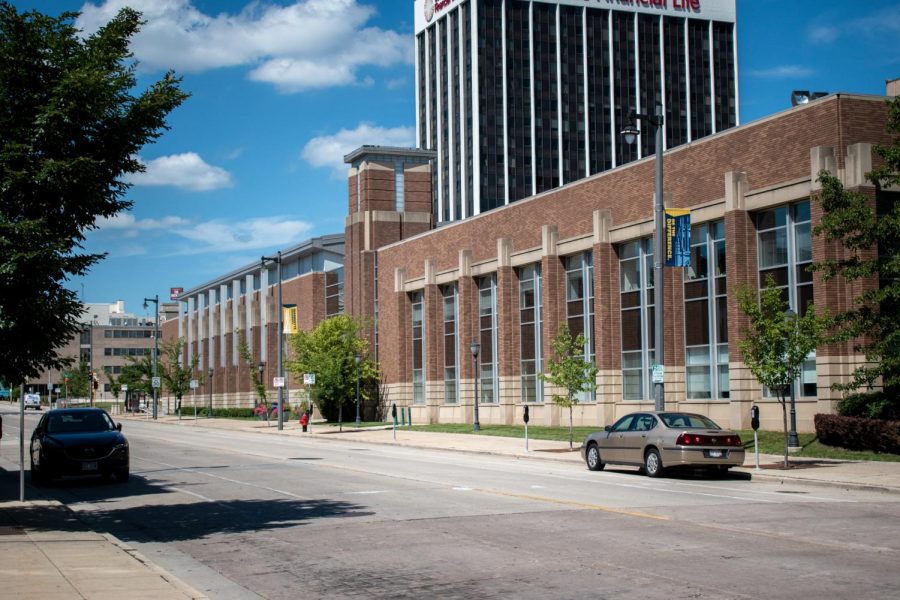 With facilities such as the Al McGuire Center closed, Marquette student-athletes have had to resort to alternative training methods during the pandemic.

COVID-19 has disrupted collegiate sports schedules across the nation. With these sudden changes in athletics, Marquette’s student athletes have to adjust to a new training schedule this fall.

For the cross country, soccer, and volleyball teams, their schedules are much different than normal.

For volleyball, their conference consists of two divisions, the East and Midwest. They have 16 matches, which is two short of a regular-season schedule.

“It is not going to look the same when you walk into the Al McGuire Center,” volleyball head coach Ryan Theis says. “I don’t think it is going to be the same for the players walking out of practice, and even in the locker room. There are going to be some spatial restrictions.”

With these changes, the team has been unable to have preseason training in-person over the summer.

“This is not going to be a normal season for the team,” Theis says. “It is going to be a learning experience for everyone as well as having to adjust to virtual training seasons and training on their own.”

Many people are aware collegiate athletes are not getting the type of training necessary on their own, and they know that it will be a process to get back into competitive form once back on campus.

“(When they come back to campus) they won’t be in the same condition,” men’s soccer head coach Louis Bennett says. “We have been working with them via Zoom calls and the coaching staff has put together packages for them, so we hope they come back in some sort of shape.”

Women’s soccer head coach Frank Pelaez mentions his gratitude for the conference administrators being so persistent in allowing teams to play, even if things are different.

“It is great that people are thinking of the safety of the players, coaches, and everyone else involved,” Pelaez says. “Everybody is thinking of everybody’s well being.”

Pelaez has been very transparent with his team regarding the daily updates on the coronavirus provided by the BIG EAST.

Sophomore goalkeeper Mel McNamara has given the team a lot of credit for keeping updated on current situations.

“We have Zoom calls often. It is a good way to get together and be a team while all of this is going on,” McNamara says. “Our coaches have been keeping us updated about what is going on and what they are planning on talking about, so they have done a really good job at trying to keep us in the loop.”

The Bethesda, Maryland native says it has been one of the longest amounts of time she has spent away from a team atmosphere. With no other option besides training and conditioning alone, it is challenging to adjust to.

“For strength (training) with gyms being closed, it has been hard to get into the shape that we were in the spring when we were lifting,” McNamara says. “Finding bags of flour and bags of rice that were heavy. It was really hard to find weights during all this because I guess they were in high demand.”

Sophomore midfielder Alex Campana has also found the new normal to be a bit of an adjustment.

“It was definitely a tough transition going from practicing at school lifting, to being home and figuring out what to do on our own,” Campana says. “That was tough, but now I think at this point we are getting used to it. For training with soccer, I have been meeting up with some girls that I played in high school with. I have been lifting on my own, running long distances, and doing some of the fitness tests from last year.”

The Natick, Massachusetts native took this time alone to push herself to new heights. She has gone back to the fundamentals of the game, in the hopes to be a reliable teammate once she gets back to campus.

“I feel that it is a challenge I am taking on to prove to (Coach Pelaez) that I am fit to play with the team,” Campana says. “This is the longest time I have not been going to practice with my team every single day. It’s weird not having a schedule and a coach, but I am trying to make the most of it and do whatever I can do to stay in shape.”

While the preseason for the soccer team was set to start on August 4, it has been postponed until further notice. The team has been finding ways to stay positive about the whole situation.

“I can’t wait until we can all be together again,” Campana says. “I really want to be back on campus training with everyone. We all miss competing and being together.”

This story was written by Molly Gretzlock. She can be reached at molly.gretzlock@marquette.edu or on Twitter @MollyGretzlock.