A Bus Card and a Mask 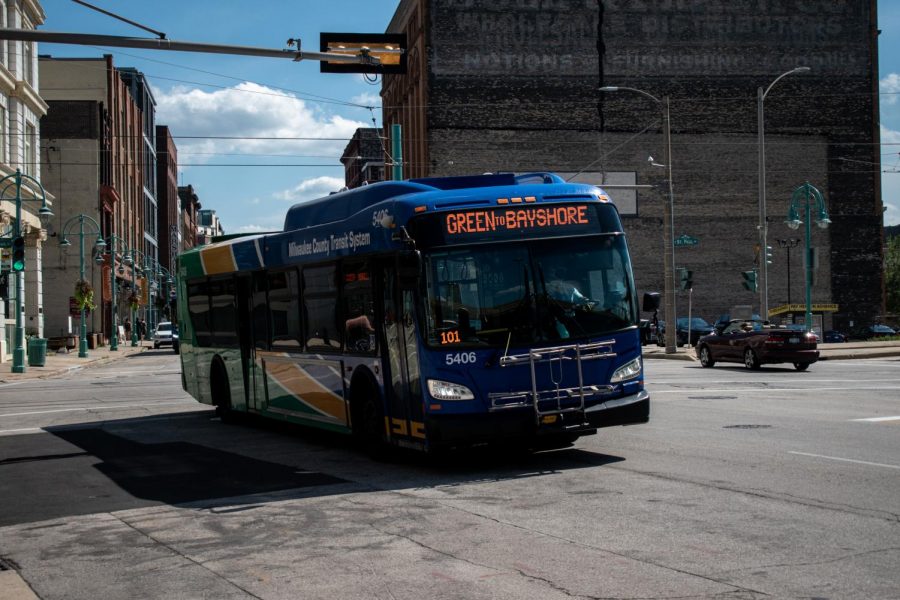 Many MCTS bus line schedules do not match with Marquette students' schedules.

With COVID-19 changing the world as we know it, it is no surprise that many cities have seen changes, not only in local business, but in transportation too. In Milwaukee, different transportation companies, such as the Milwaukee County Transit System and Bublr Bikes, have been striving to increase usage numbers as restrictions are lifted. Both stayed in service throughout the pandemic, increasing cleaning precaution as well as limiting users specifically in the case of the Milwaukee County Transit System.

While both companies have seen declines in usage of their services, both have guidelines in place as they continue to navigate the pandemic.

Kristina Hoffman, director of marketing and communications for MCTS, says when the pandemic first hit the United States, MCTS kept tabs on national transit systems in cities on the East and West coasts, where the first cases of the coronavirus in the United States appeared, to see how they handled the public health emergency.

“We knew (the pandemic) would be coming eventually,” Hoffman says. “We saw our ridership decline 60 to 70% right off the bat.”

The decline occurred when COVID-19 hit Milwaukee itself. Hoffman say ridership has begun to increase as Milwaukee County starts to open up more.

“The good news is the ridership declines have been decreasing,” Hoffman says. “As Milwaukee County starts to open up, we start to see people riding the bus.”

When the pandemic first hit in March, the buses took necessary precautions, such as closing the front bus entrance and keeping all entrance onto the bus at the rear end. They have since switched back to entering at the front of the bus, but are limiting rides to 10 passengers at a time. Face masks are now required along with the recommendation of using hand sanitizer.

Bublr Bikes have taken similar precautions to MCTS. Bublr Bikes, Milwaukee’s bike share program, first came to the city in 2013 as B cycle, another bike company. After seeing success in Milwaukee, it became Bublr branded, becoming specific to the Greater Milwaukee area.

James Davies, the executive director of Bublr Bikes, says the company saw a large drop of usage in the spring, especially since many of the riders were college students.

“In March and April, we saw our usage drop dramatically.” Davies says. “Since June, we’ve seen a rebound.”

In trying to keep everyone healthy and safe, Davies says Bublr Bikes has been encouraging riders to use the app to checkout bikes rather than card payment. The company also also encourages riders to wash their hands and not touch their face. Bublr Bikes staff cleans touch points on the bikes as well.

Davies says he has noticed is that bike usage has become more popular among residents within the Milwaukee area as opposed to visitors.

Davies also says he hopes to see an increase in ridership as time passes.

“When (the pandemic has) passed, when things go back to ‘normal,’ I expect our ridership to go back to normal,” Davies says.

As for transportation on campus, the LIMO services are still running as they normally do, everyday from 5 p.m. to 3 a.m, though during the Black Lives Matter protests when the city was under curfew, they did not.

Karina Falcon Gonzalez, the student employment coordinator for the LIMOS as well as a senior in the College of Arts & Sciences, says she has not noticed a huge drop in summer traffic as compared to other summers.

“Summers are typically slower anyways, so I wouldn’t say that we have had a decrease because of COVID-19,” Falcon Gonzalez says. “People are still readily using the LIMOS.”

Since the start of the pandemic, the LIMO service recently implemented a COVID-19 policy that begins at the dispatchers all the way to drivers.

Dispatchers ask callers if they have experienced any symptoms, traveled outside the state within the past two weeks and if they have come in contact with anyone who has had the corona virus. Additionally, only one rider is allowed in the LIMO at a time, and they are heavily enforcing the rule only allowing riders with an MUID. The LIMOs also keep track of the names of riders, where they are picked up and where they are dropped off.