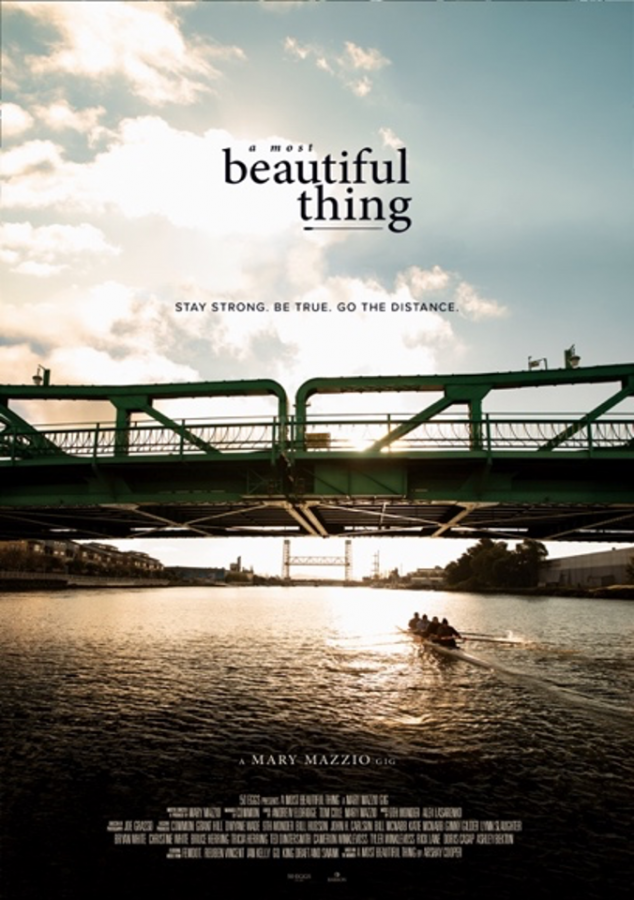 The movie's promotional poster. (Photo courtesy of the Atlanta Hawks.)

Former Marquette basketball guard and NBA All-Star Dwyane Wade is part of a group involved in producing the upcoming film “A Most Beautiful Thing,” which tells the story of an all-black rowing team from the West Side of Chicago.

Wade works with producers including former NBA star Grant Hill, recording artist and actor Common, who also narrates the film, and director Mary Mazzio, a grammy-winning producer and Olympic rower. Wade and Common are both from Chicago, something they are both very proud of.

The film is based on the self-published memoir of Arshay Cooper, one of the nine members of the rowing team who is interviewed in the film.

The men on the team decided to give rowing a shot when Ken Alpart, the founder of the team, went into the violent part of the city and tried to recruit kids to a sport that none of them knew. The team saw this as a very bold move for a white man to go into their neighborhood.

In the film it described the men being scared to join the team at first, but then the feeling of being out on the water away from the noise of Chicago taking that fear away. Thus, the team and their bond was born.

The film details their races during high school and the various challenges those races presented to the team that was brand new to the sport.

Among the details of their rowing careers, the film includes a lot of information about the rowers’ families and what their lives were like in neighborhoods of Chicago.

The film then skips ahead 20 years where the death of a former coach, Michael O’Gorman, in 2018 brings the group together, and Arshay decides they need to compete again in the 2019 Chicago Sprints.

The team reunites in order to serve a greater purpose and to show their children and young Black people all over the city a good reason to come together.

The film is an uplifting story that goes through the struggles and challenges these men went through and the perseverance it took to serve something greater than themselves. It also shows the role they played in helping the city in which they grew up.

The one hour and 35-minute film will have an initial release date of July 31 in select AMC theaters in 17 cities across the United States. More information is on the film’s website.