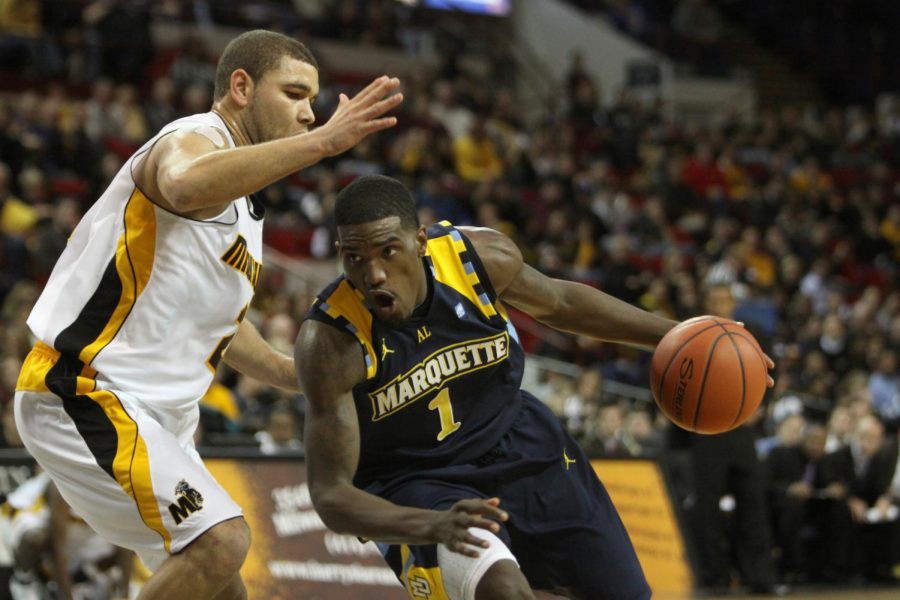 The Golden Eagles earned a 76-67 win over No. 13 Team CP3 in the Super 16 round of The Basketball Tournament Monday night.

Marquette had three players in double figures and was led by Darius Johnson-Odom, who had 21 points, shooting 7-for-12. Jamil Wilson added 14 points and 11 rebounds, with Dwight Buycks chipping in 12 points of his own.

It was the first win of the tournament for the No. 4 Golden Eagles. Due to their seeding, Marquette had earned a first-round bye.

Team CP3 was coming off a 76-74 first round win back on Saturday. Nate Mason led the way over No. 20 Primetime Players with 26 points. Mason was quiet against the Golden Eagles, scoring just four points through his 30 minutes of play.

The team made up of CP3 grassroots program alumni had to rely on Codi Miller McIntyre and C.J. Harris, who combined for 37 of Team CP3’s 67 points.

The two teams will play sometime after July 9, but an exact date and time is yet to be determined.