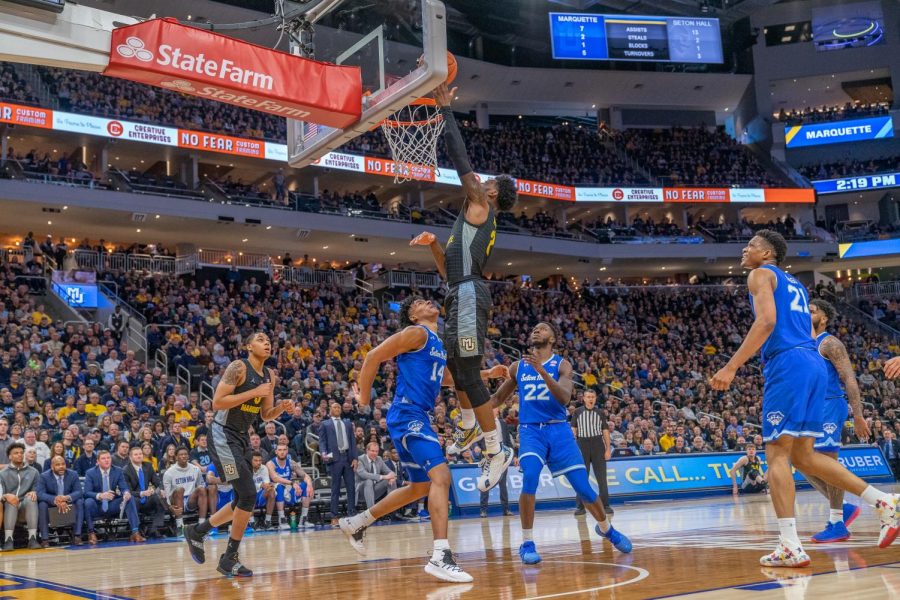 The NCAA has granted incoming transfer guard D.J. Carton a waiver for immediate eligibility to play for Marquette in the upcoming 2020-21 season.

The 6-foot-2 Carton will be coming into the program after spending one season at Ohio State, where he averaged 10.4 points, 2.8 rebounds and three assists per game in 20 games played.

Carton is a former ESPN top-100 recruit before choosing the Buckeyes over Indiana and Michigan in the recruiting process. After taking a leave of absence, he decided to transfer out after just the one year.

With the losses of guards Markus Howard and Sacar Anim, the immediate eligibility gives Carton an immediate opportunity to find his way into the backcourt.

The fate of the other Marquette transfer this offseason, Jose Perez, is yet to be determined.

Carton still has three years of eligibility remaining, meaning he could potentially be a part of the Golden Eagle backcourt until the 2022-23 season.