Marquette earns No. 4 seed in The Basketball Tournament 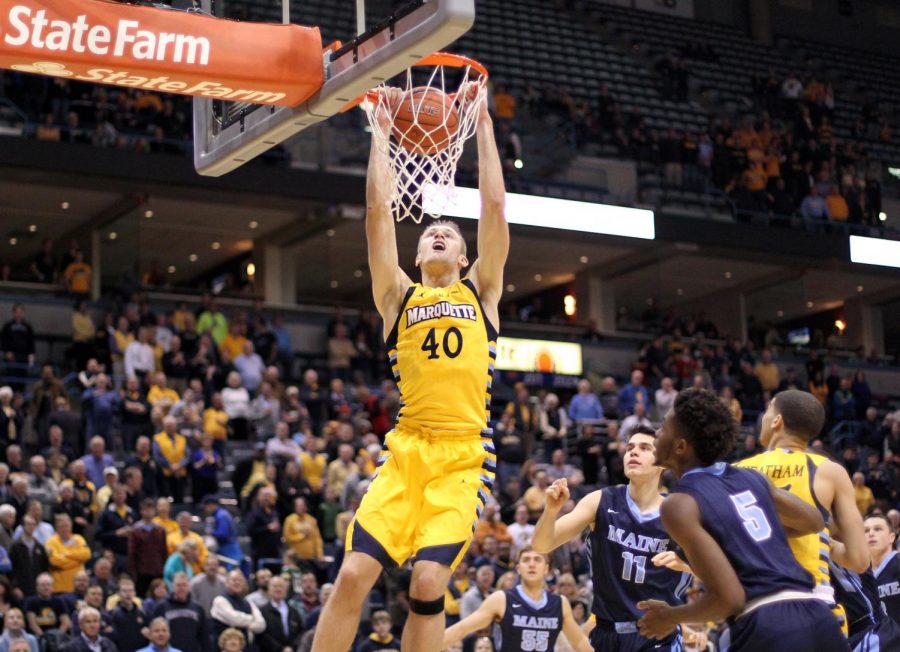 After losing in the championship game of The Basketball Tournament in 2019, the Marquette alumni squad is back and will be the No. 4 seed in this year’s contest.

All games in the tournament are to be held at Nationwide Arena in Columbus, Ohio, where the teams will be kept in quarantine from July 4 to July 14.

There are 24 teams in the entire bracket. The tournament is single-elimination with a $1 million cash prize for the winning team. This year’s first seed is the team Marquette lost to in the championship last year, Carmen’s Crew, made up of alumni from Ohio State.

Also in front of the Golden Eagles is the No. 2 seed, Overseas Elite, which includes multiple former NBA players such as Joe Johnson, and the No. 3 seed, Boeheim’s Army include alumni from Syracuse University.

The Marquette roster will retain most of their team from last year, but will add Luke Fischer and Darius Johnson-Odom.

The team was organized by Dan Fitzgerald and Joe Chapman. Chapman will be serving as the head coach for the third consecutive year. Both played basketball at Marquette.

The Golden Eagles’ seeding grants them a first-round bye. They will now have to wait until July 6 to play the winner of the game between Team CP3 and Mid-American Unity.