GARNER: A letter to white people 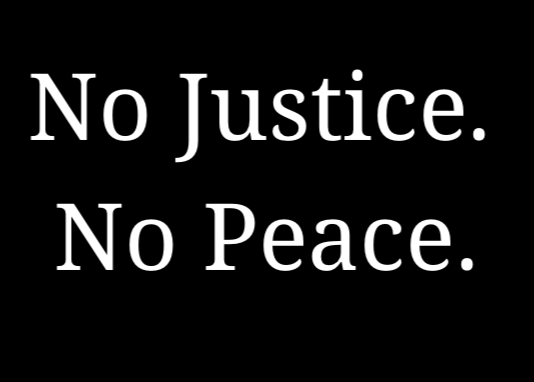 When I told one of my white friends that someone from high school had called me privileged, I was upset. Not only that someone had said that to me, but that my friend agreed that I was privileged. She said that we both had white privilege. She tried to explain to me that I have privilege because I am white, which I immediately became defensive about.

Being raised by a single mom, I initially found it difficult to accept that somehow I was privileged. That the struggles and sacrifices my mom endured had little value. That my endeavors to go to college, to “be more than a statistic” as a child coming out of a single parent home, had diminished.

For me at the time, being privileged meant having two parents. Living in a single family home. Being able to go on vacation. Not relying on grandparents for financial support. Not feeling the innate need to thank parents for buying groceries.

I am aware now that my idea of white privilege and its actuality, are quite different.

After speaking with my friend — and her explaining to me that having white privilege was different than my understanding of it —I was skeptical at first. But then I started to confront my white privilege. Because while I believed and still believe we must improve to have a just and equitable society, I didn’t want my defensiveness to prevent me from listening and seeing the world and myself in it as a white person.

I think it began first with keeping my eyes open. I tried to see ways in which I could have white privilege — learning about history with representation of my race, seeing movies and reading books with characters of my race and not thinking that when I spoke up in class that I would be seen to be speaking on behalf of my entire race. Even my ability to write this letter to you, from a paid newspaper job at a private university shows that I have white privilege.

I then started re-learning history through my college courses, film and literature. And I started to reflect on aspects in my life where I had seen white privilege outside of myself.

White parents can send their teenaged children out, while fearful they may get pulled over for speeding, are not worried that this encounter with a police officer could be a difference of life or death.

White teachers can discuss racism often poorly through a whitewashed lens and in isolated, historical units — slavery and its abolition, Martin Luther King Jr. Day, the Civil Rights Movement — and be comfortable with the illusion that they have successfully addressed racism.

White professors can use micro aggressions to single out one of the only Black male students in the class, confident in themselves that they are elevating a voice, while in actuality, alienating and tokenizing him.

White people can refer to the election of former President Barack Obama and feel at ease under the idea that we have entered a “post-racial” America, convincing themselves that the success of one Black man erases or makes up for the hardships of the entire Black community.

That is white privilege.

It is easy for us to deny or write off the existence of white privilege in our country because we as white people do not have to confront our whiteness in our day to day lives.

We exist in a country that was built in favor of whiteness.

Black people are three times more likely to die from air pollutants than white people as many Black communities are near hazardous waste sites and factories.

White privilege goes beyond our own self-perception and actions. We exist in a society that values, protects and elevates white lives and voices.

Our whiteness is held to be the “right” thing to be in our society, in our history.

And this is also a reality that we have to confront.

You may get defensive or upset when someone brings up slavery. May say it happened so long ago or that it ended.

You may get defensive when someone tells you that we are not living in a post racial America.

You may get defensive when someone tells you that you have white privilege. Just as I was defensive because I believed being raised by a single mom excluded me from any privilege.

But saying and acknowledging that you have white privilege does not mean that your life hasn’t been difficult. It does not discredit your accomplishments or hardships. It means that you understand that your skin color has not been something to make your life harder living in a country that favors whiteness.

Recognizing your white privilege does not mean that you are a racist or a bad person.

You have to move beyond being defensive and you have to listen and re-learn.

You have to acknowledge that the United States, a nation that founded itself on the ideals of freedom, equality and justice “for all” also oppressed and enslaved Black people.

As white people, we can separate our thoughts, words and actions from our race and our history. We do not think someone will first see our skin color before they judge our character or intentions. But we cannot continue to do this.

As white people, we must take on the history and systemic issues that white people have created. We cannot deny our role in history. In order to stand in solidarity, we must first come to the recognition of our privilege and our past. We must use this information to make conscious and deliberate actions to address and combat this systemic oppression and demand a more equitable society.

We cannot and should not erase the past, as it would leave us with no responsibility to change.

We have the opportunity now to right the wrongs, to not repeat the past.

I am asking you to confront your whiteness, head on. Because we cannot stand in solidarity and begin to listen unless we understand own place in our nation and in our history.

I am asking you to be reflective, to begin the uncomfortable process of addressing your white privilege and your internal biases and prejudices.

When I first recognized I had white privilege, I felt guilty. Guilty that I had not confronted it sooner and guilty that I had contributed to a systemically racist society behind my own ignorance.

I ask that you feel this guilt privately because you are only now confronting this reality. The Black community must constantly face this reality.

As a white person, I know that I will never begin to share or comprehend a Black person’s experience or life in America.

However, I also acknowledge that as that white person with white privilege, I have a responsibility to support the Black community’s grief and their fight for justice in America. I support their wants, their ambitions, their freedom. Their right for equality. Their right to life.

You have had and will have white privilege for your entire life, but you have the opportunity now to use it in a responsible and impactful way.

We must use our privilege — in every thought, word spoken and action — to stand in solidarity with the Black community in their fight for social, economic, political, educational, health care and environmental equality and justice.

Continuing to deny that there is a race problem in this country will protect you behind your privilege.

White parents and guardians, if you are not talking to your children about racism, racial inequality and white privilege, start now.

White educators, if you are not teaching the content of your class in ways that incorporate and address racism, start now.

White religious leaders and followers, if you are attending church on Sundays and believe yourself to be a Christian but are not having discussions at church about racism, start having those conversations now.

White environmentalists, if you have not spoken about climate change as an intersectional race issue and how it has a disproportionate impact on Black communities and other communities of color, start now.

White Marquette, if you have not put the onus on yourself to end racism, to speak up about white privilege at a predominantly white institution in the most segregated city in the United States, start now.

The fight for equality is not a trend. It is not a problem that will be solved overnight.

For white people, it begins with reflection, listening, re-learning history without a whitewashed lens. It calls for the amplification of Black voices, supporting Black businesses and artists, for solidarity.

For voting, advocating, speaking out against discriminatory people and working to change systemically racist institutions and systems.

You may make mistakes in the future. I know I will, but I will continuously open myself up to improving, to educating myself on the past and the present so that the future may not have the same injustices.

I am calling upon you to do the same.