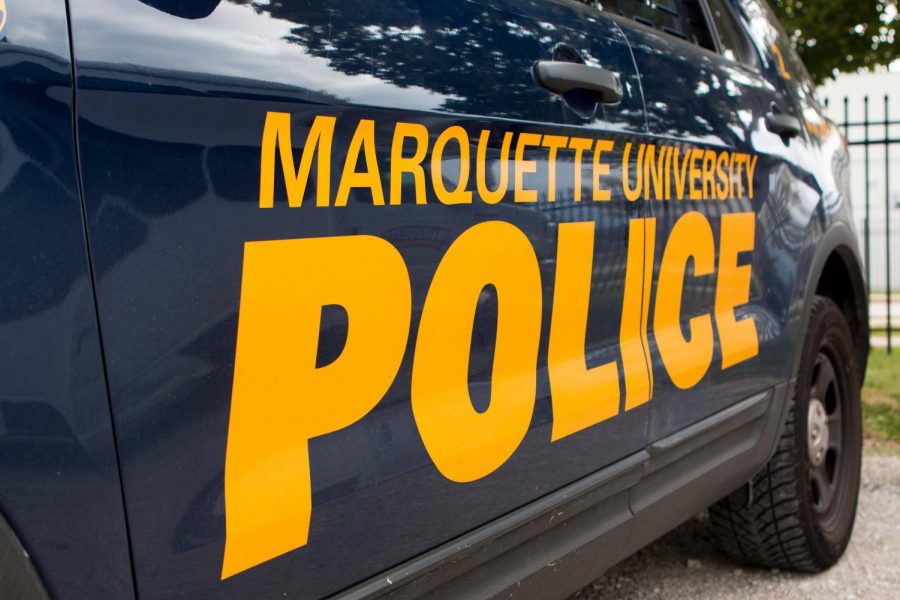 The Marquette Academic Workers Union recently signed a petition calling on universities to break their ties with police departments following the University of Minnesota’s announcement that they would be cutting ties with the Minneapolis Police Department.

The petition calls upon each respective university to break ties immediately with police departments and private security companies.

“Police, and their proxies, private security companies, have no place on university campuses,” the petition states.

The petition also calls for universities to redirect funds from policing to provide educational opportunities for communities impacted by police violence as well as committing resources to community alternatives to policing. More than 100 organizations and more than 2,000 individuals have signed the petition.

In addition, the petition calls for universities to plan to protect and ensure safety of black and other marginalized students from racial profiling by police.

The petition also calls for universities to issue statements condemning the recent murders of black people by the police, including the murders of George Floyd, Breonna Taylor, Ahmaud Arbery, and Tony McDade, among numerous others.

Marquette Academic Workers’ Twitter account also retweeted a tweet stating, “hey universities maybe instead of making statements you could announce that you are getting all cops off campus immediately and forever.”

The Twitter account also stated that it is not certain how much money per year is spent on Marquette University Police Department and they believe those resources could be better allocated elsewhere.

Sarah Kizek, a member of the union, said they are expressing solidarity with other universities in their efforts to encourage the cutting of ties.

Kizek said the university needs to think in line with Jesuit values about policing and the way Marquette engages with its neighbors.

MUPD was created in 2015 following the passage of Wisconsin Act 265, which states that MUPD has the same powers to enforce federal and state laws as other law enforcement. MUPD is also able to be assigned additional responsibilities, including enforcing university regulations, according to the act.

Prior to MUPD, Marquette had a Department of Public Safety.

Kizek did not mention specific incidents, but she said she was concerned about a possible conflict of interest in MUPD being subject to the university administration.

Separately, Brooke Huerter, a senior in the College of Arts & Sciences, created a graphic based on some key questions to ask MUPD regarding accountability.

The questions include whether MUPD police officers wear body cameras and whether MUPD undergoes de-escalation training, which is whether MUPD goes through training to defuse potentially dangerous situations. The questions also include if MUPD has riot gear equipment and how much money is spent on such supplies, and if there are statistics regarding the racial identity of students stopped or charged with violations from MUPD.

Huerter said she wants to hold MUPD accountable with the questions.

She said she based these questions on some she received from a friend that students from other universities are using.

“The biggest concern here is whether our police officers are helping or harming the community,” Huerter said.

Huerter said it is only a start to see if the local police department is a member of community that people can trust and not fear.

Maaz Ahmed, a junior in the College of Communication, said that although on the outside it feels like MUPD is built to protect students, there are resources dedicated to the police department that could go toward students’ education.

“We spend so much money on (MUPD) and yet our students are still lacking in some of the most vital parts of our education,” Ahmed said.

Ahmed said one example of this is that the Helfaer Theatre is still not up to American Disabilities Act code, meaning that it is not accessible.

“I value the work MUPD officers have done to keep Marquette students safe … but at the same time if we are ever going to make systemic and long lasting change we have to be critical of communities that have been supporting us in the times they are not supporting people like us,” Ahmed said.