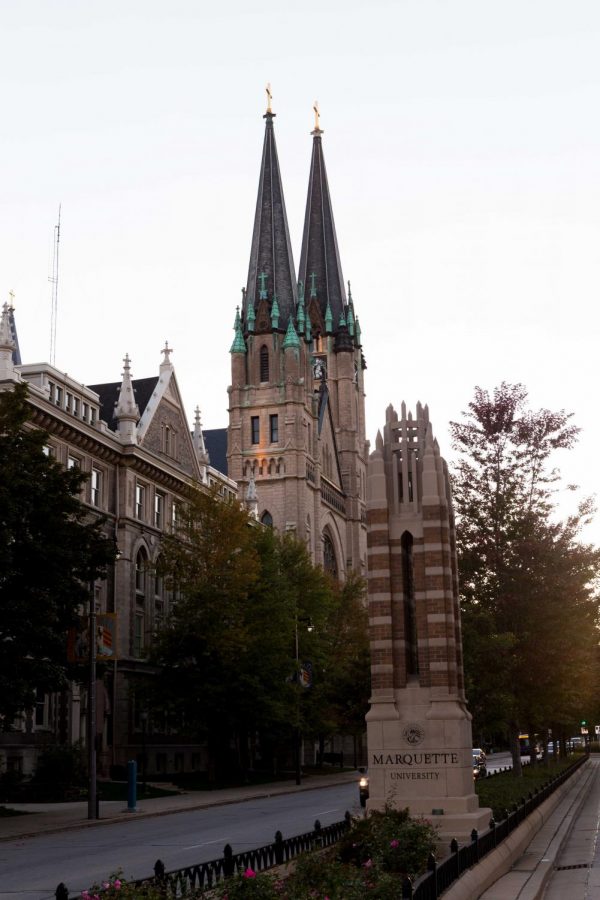 Marquette will have to change its TItle IX procedures. Marquette Wire stock photo.

DeVos’ new rules provide guidelines for Title IX adherence. Title IX is a law that prohibits sex-based discrimination, such as sexual assault or harassment. Universities that receive federal funding are required to abide by Title IX. The new rules must go into effect by Aug. 14 at universities.

The rules define sexual harassment to include “sexual assault, dating violence, domestic violence, and stalking, as unlawful discrimination on the basis of sex.”

Colleges will be required to hold live hearings in which alleged victims and perpetrators can both speak and be evaluated. Schools will only be obligated to investigate complaints filed through a formal process and brought to authorities, according to the new rules.

While the office is still reviewing the regulations, Kreple said, many provide “neutral” clarification to prior guidance on responding to sexual misconduct.

Kreple also explained that many of the new regulations regarding due process protections for complaints were already included in Marquette’s policy.

Previously, the Department of Education did not outline a systematic process to investigate Title IX claims. Universities were expected to navigate the process with general advisory information from the department.

Currently, Marquette’s model for investigating Title IX cases involves one Title IX coordinator handling a case from start to finish. The investigator interviews the reporting party, accused party and witnesses and drafts an investigative report. The report includes findings and any sanctions to be issued.

This model contrasts with the hearing model, which DeVos’ new rules requires schools to institute if not instituted already. The hearing model requires more individuals to investigate Title IX claims, which can include interviews and meetings.

Marquette will have to revise its policies and procedures to institute the new process.

“At my previous school, we held hearings for Title IX cases, and so I feel very comfortable in that space, and I think that we can do it in a fair, trauma-informed way,” Kreple said in a previous interview. “It’s definitely going to take some work to get it into place. I don’t want to make it sound like it’s going to be very easy. It won’t be easy, but I feel confident that we’ll be able to do a good job, and we’re already on our way.”

In the same interview, Kreple said the changes would impact the landscape of Title IX at Marquette.

Kreple said while the Title IX Office had been preparing for the new regulations for some time, they didn’t know exactly what they were until they were released this week.

“Now that we have them, we begin the hard work of interpreting them and amending our policy to comply with them while maintaining the fairness of our process and respect for all our community members,” Kreple said in an email. “Although our policy will change, the university’s commitment to providing an equitable learning, working, and living environment remains the same.”