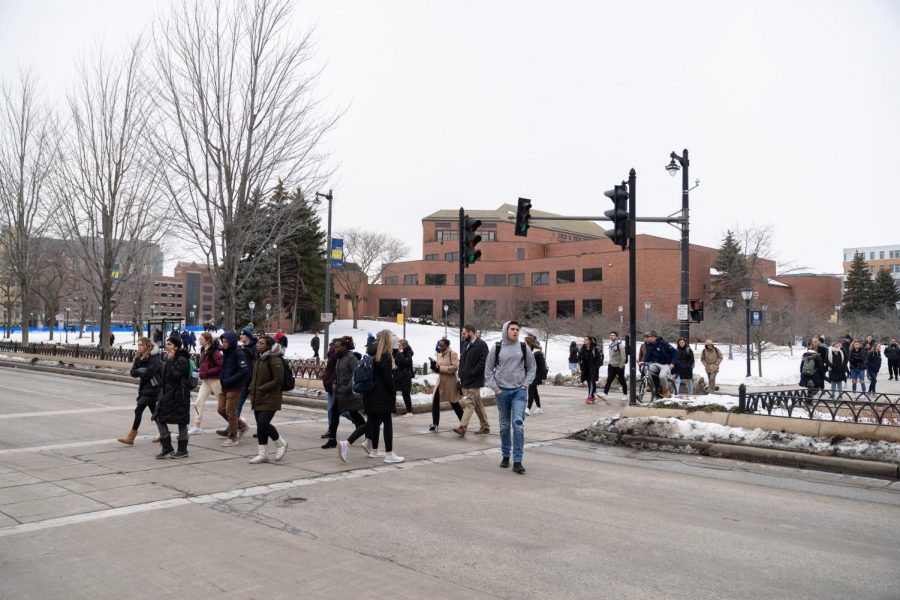 Enrollment numbers for the Class of 2024 have decreased in comparison to recent years.

Enrollment numbers for the incoming class have gone down compared to previous years, according to the provost Kimo Ah Yun.

Vice president for enrollment management John Baworowsky supervises undergraduate admissions, the Office of Financial Aid, the Office of the Registrar and Marquette Central.

Baworowsky said deposits for the incoming first-year class are tracking behind last year. The current number of deposits is 179 fewer than last year, or 13% less.

The number began to fall behind in March when many high schools and universities announced they would be switching to online school due to COVID-19.

Baworowsky said he believed the deposit number declined in March because prospective students were focused on their online high school classes rather than on their college selection.

He also said he believes that the inability to visit Marquette contributed to the decline in deposits. He said the two admitted students days for the Class of 2023 in April 2019 generated 60 deposits each.

Baworowsky said he hopes online visits and events being offered to potential students will help to generate more deposits.

He also said the university has an admitted students web page for potential students. Students, faculty and deans have posted videos giving information about Marquette. Baworowsky said he hopes to see more similar events held in June and allow an extension on deposits until then.

Baworowsky said this situation is not normal, and he  “hasn’t seen anything like it in his 38-year career.”

He said it’s an “all hands on deck” approach to encourage high school students to apply and choose Marquette. This involves being able to get information to potential students about Marquette.

The drop in admissions deposits could have an impact on the diversity of the incoming class.

William Welburn, the vice president for Inclusive Excellence, seeks opportunities to work collaboratively with the campus on various issues relating to diversity, equity and inclusion.

“(The drop in admissions) is simultaneously disheartening and understandable,” Welburn said in an email. “Most four year colleges and universities are concerned with drops in enrollment.”

Despite this, Welburn said Marquette’s admissions efforts are “very strong.” However, he did note that high school students all over the country are still trying to figure out what to do.

“For students of color, other underrepresented students, and first generation students, it is an even greater challenge to decide where to matriculate (enroll) in the fall,” Welburn said in an email.

Welburn said Marquette is attracting many applications and admitting very good students, but the current environment makes it tough for new students to figure out where they’re going in the fall. Baworowsky said it’s difficult to increase deposits because high school students are likely more focused on completing their online classes, rather than choosing what college to attend. Despite the situation, Welburn said he stays optimistic.

Welburn said the Marquette admissions team has done an extraordinary job of getting all students admitted to Marquette. “And by applying, clearly, students can see themselves at Marquette,” Welburn said in an email.

Despite the decrease in deposits, Welburn said the Admissions Office has done quality work over the years through excellent leadership and very hard work.

“Frankly these days the very best colleges and universities across the United States are also attracting a diversity of students,” Welburn said in an email. “We know that we are better together when we are learning together, addressing the challenges of our society together and preparing to go out into a culturally diverse world.”

This story was written by Matthew Choate. He can be reached at matthew.choate@marquette.edu.