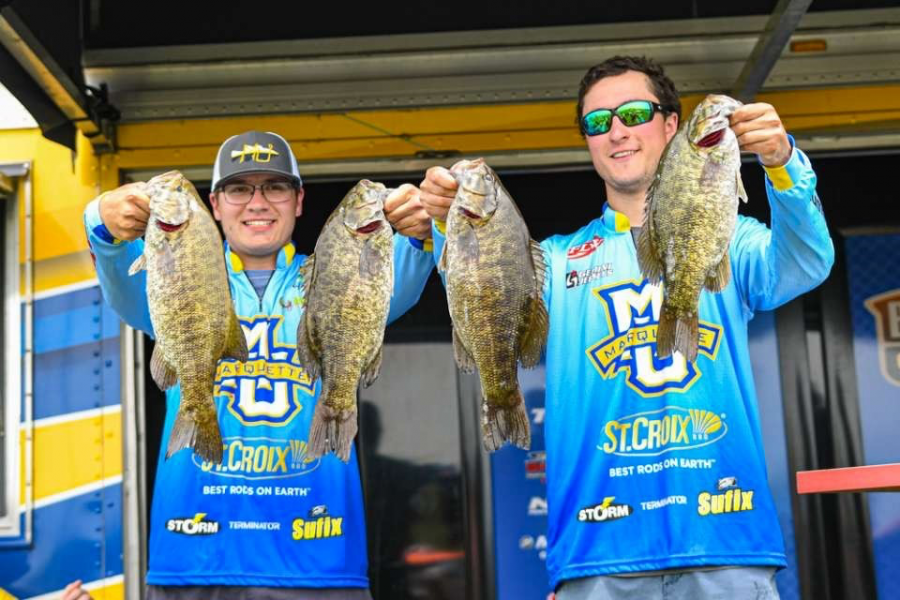 For members of the fishing club, the COVID-19 pandemic means they have been unable to meet and compete. However, that has not stopped members from continuing to fish.

The team had several tournaments planned for the rest of the semester that were put on hold. The program had one scheduled for the week following spring break.

For vice president of the club and a junior in the College of Engineering Patrick Naumann said the season being postponed was a “bummer.”

“Over the winter, we had done a lot of planning on certain tournaments we wanted to do,” Naumann said. “We were all excited for the season and it all kind of came down, but I think a lot of the summer tournaments are still going to be on.”

Michael Galeana, president of the club and a senior in the College of Business Administration, explained how the team competes.

“There’s a boater and a co-angler, so you got two people on a team,” Galeana said. “You are fishing together for about eight hours to catch the best five fish. If your school sends 10 boats, each boat is a singular team, but they are all representing your school.”

The team practices and competes regularly throughout the school year, even going to tournament sites days before to scope out the area.

“There’s some research involved,” Galeana said. “We will look into the lakes, what people have done in the past like pros there and talk to experienced guys on the water — guys who have been fishing there five days a week.”

Galeana said he is trying to see the positives of quarantine.

“Even if we are not with each other, we can still send each other pictures and tell each other what we are doing and where we are fishing,” Galeana said. “It’s just cool seeing what other people are catching.”

Maciek Chmielewski, a club member and a junior in the College of Business Administration, said his reaction was a little different than Galeana’s because of finally buying a new boat after saving for almost six years.

“I spent about six months redoing everything in it,” Chmielewski said. “Then, the season rolls around, and everything is canceled so now I got one year left. So that’s kind of not fun, but there is nothing much anyone can do about it.”

Despite the cancellations of the season, Naumann said members of the club have tried to get out as much as possible.

Galeana spoke to how the coronavirus has affected fishing in his home state of Michigan.

“I know a lot of people are taking advantage and getting out fishing when they can in a safe manner or by themselves,” Galeana said. “I am from Michigan and the executive order forbids people from using motorboats, so a lot of fishermen were upset about that. I’m looking forward to possibly this summer; I know there could still be delays with (COVID-19) though so we’re kind of up in the air right now.”

Despite the shutdown, the fishing team still has a tournament scheduled May 29 on the Mississippi River.