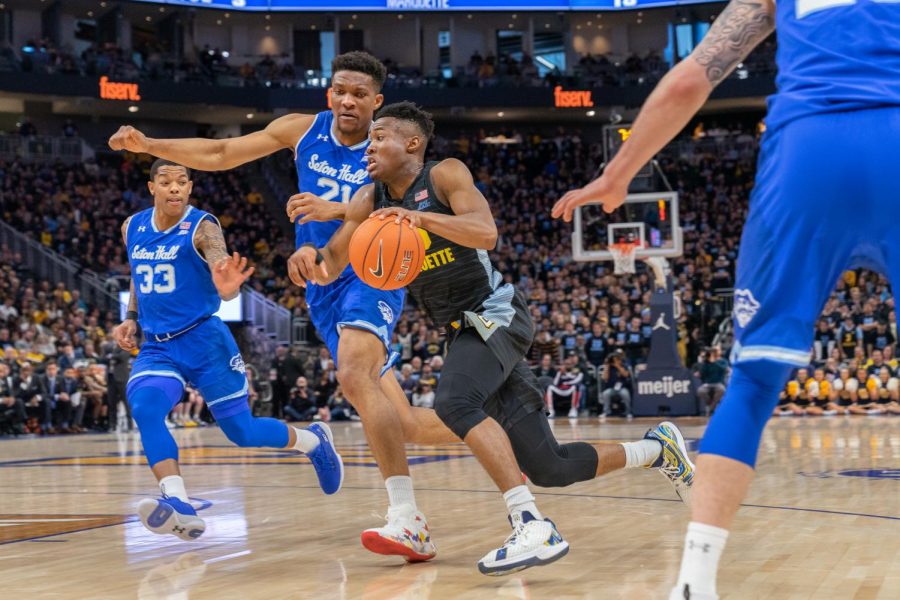 According to a report from CBS College Basketball reporter Jon Rothstein, Marquette will host Oklahoma State in the 2020 BIG EAST-Big 12 Battle.

Each of the ten teams in the BIG EAST and Big 12 will be competing in the battle, with matchups highlighted by Creighton traveling to Kansas and Seton Hall hosting Baylor.

Some of the Cowboy’s notable results from the season include wins against Syracuse, Ole Miss and Houston, and close losses against Georgetown and Baylor.

In the 2019-20 season, Oklahoma State was lead by seniors. Four of their top six scorers were seniors, including forward Cameron McGriff.

Despite losing some of their top scorers, Oklahoma State will have a lot of talent coming in. As of April 15, the Cowboys’ incoming recruiting class is currently ranked No. 8 in the country by ESPN.

Marquette’s team will look quite different as well, as seniors Markus Howard, Sacar Anim and Jayce Johnson will not be returning.

The Golden Eagles have a good amount of talent coming in as well with five-star big man Dawson Garcia, four-star recruits Justin Lewis and Osa Ighodaro and one of the top transfers in D.J. Carton.

Marquette is just 1-4 against Oklahoma State all-time, with the last matchup coming in 2007 in the Maui Invitational Tournament.